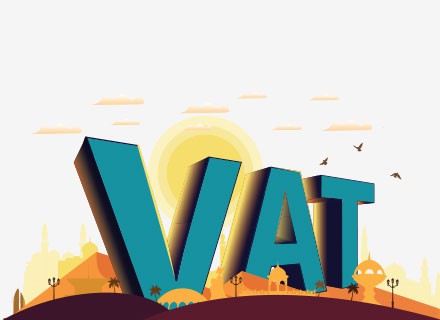 Although the Sultanate’s taxation system is largely unprepared for the implementation of VAT, VAT will benefit Oman’s economy

Oman recently announced that it will introduce value added tax (VAT) in its taxation system from 2021. The Sultanate’s government signed the Gulf Council Cooperation (GCC) VAT Framework or the Common VAT agreement back in 2017. The Ministry of Finance in Oman had planned to implement VAT in the Sultanate from September 1, 2019. Experts believe Oman’s decision to delay the process of introducing the new tax law could be based on slow growth of its economy. Omani authorities might be fearful of the unstable oil prices and global slowdown and the addition of a new concept such as VAT to its taxation system in the present time may only complicate things.

The UAE and Saudi Arabia were the first two members of the Gulf Cooperation Council (GCC) to honour the Common VAT agreement and introduce VAT in their taxation systems. The Kingdom of Bahrain also introduced VAT recently. Discussions to levy VAT in the Middle East started back in 2012. However, back then, many of the members of the GCC weren’t onboard due to various reasons such as dissent from oppositions back home and resistance from taxpayers and businesses. In 2016, finance ministers from the six Arab states agreed on the framework and the agreement was duly signed in 2017. The agreement, however, did not bind the member states to levy VAT across the Middle East and at the same time. Oman had the option to delay the process and choose its own suitable time to bring in the changes.

So, why did the Arab states, including Oman decide to levy VAT in the region? The decision is based on the depleting revenue from oil and to reduce their economies’ dependence on oil and hydrocarbons. In short, Oman wants to diversify its economy and not completely depend on oil. Experts believe, Oman’s decision to levy VAT would prove to be monumental. However, the process of its implementation, especially for small businesses could be a little tricky. VAT would help the kingdom diversify its revenue, and also protect the economy from an unstable oil market.

Experiences of the UAE and other nations that levied VAT

Both Saudi Arabia and the UAE introduced VAT simultaneously on January 1, 2018, and the rate was set at 5 percent respectively. In the UAE, businesses that report annual revenue of over Dh3.75 million have to register for VAT. For businesses whose supplies and imports exceed Dh187500 for a year, the process of registering for VAT is optional. According to Younis Al Khoury, the Undersecretary of the UAE Ministry of Finance, eventually it will become mandatory for all businesses to register under the system. After the implementation of the VAT system, businesses in the UAE are required to register, issue valid tax invoices, maintain records and file a periodic VAT return, either monthly or quarterly.

The government of the UAE made it clear that food items, health, education, bicycles, and social services would be exempted from VAT so that the weaker sections of the society do not feel the burden of increasing prices. Since the weaker sections spend most of their money on essentials and necessaries, the decision to leave out these items is vital. On the other hand, electronic goods such as smart phones, laptops, cars, jewelry and watches will be taxed.

However, since VAT is something new for the Middle East, many businesses in the UAE have still not understood its full application on good and services. While the authorities have spent a good amount of resources creating awareness and educating businesses when it comes to VAT, complications still exists often leading to compliance error. That said, a report by PwC Middle East Economy Watch revealed that revenues from VAT have exceeded expectations.

So what can Oman learn from UAE’s experience when it comes to VAT in the kingdom? Shiraz Khan, head of Taxation at Al Tamimi & Company told International Finance, “With three other countries in the GCC having already implemented VAT, Oman can learn a great deal from the approach taken and challenges faced by the other GCC countries. Oman should hold a public consultation and take into account feedback provided by businesses and also establish dialogue with different industry groups to understand their specific industry issues before finalising and publish the VAT law and regulations. Oman should also conduct workshops and seminars for businesses to help them understand the impact of VAT on their business and what they need to do in order to be compliant. The possibility of a phased introduction should also be considered to give smaller businesses more time.”

But everything would depend on Oman’s capability and its preparedness to levy VAT. In this regard, a spokesperson of CMS Oman, which is one of the largest law firms in Oman, told International Finance that, “Oman has not yet issued any Royal Decrees or Ministerial Decisions to govern the implementation of VAT, to that extent it appears to be unprepared. It has also delayed the implementation of VAT for from 2018 to 2021 suggesting that the Tax Institution is still working towards preparing Oman for the introduction of VAT.”

How prepared is Oman’s taxation system for VAT?

In the UAE and Saudi Arabia, when VAT was introduced, many local businesses did not have the proper filing systems. Even international businesses had to alter their ERP systems according to the new law. Another major problem faced by the two countries during the initial period was the failure of the businesses to issue tax invoices according to the new regulations. Delays and disputes with regard to pricing and invoicing also impacted their working capital.

It is very likely that Oman’s challenges will be similar, even if they are not identical. The challenges will depend on its taxation system and how responsive Omanis are to VAT. In this regard, Shiraz Khan said, “While a corporate tax system has been in place in Oman for some time, there has been no sales tax or similar taxes in Oman. Therefore, the introduction of VAT will be new for businesses in Oman as well as the tax authorities. The introduction of VAT will have a major impact on businesses and will require them to make changes to their IT systems, contracts, and business processes which will typically take at least three to six months for businesses to implement. “

Shiraz Khan said that accordingly, the Oman tax authority will need to ensure that businesses are informed about the Oman VAT system and rules in advance to give them sufficient time to prepare. “The Oman tax authority will also need to make the necessary changes to its IT systems, hire additional resources and train their staff on the implementation and application of VAT and the related processes to enable it to administer the VAT system and collect and enforce VAT. Oman will also need to make a number of policy decisions taking into account socio-economic considerations, for example, the items that should be zero-rated or exempt and any special schemes that should be introduced, “ added Khan

It is noteworthy that Oman already has a corporate tax system in place and previously had no indirect taxes until the introduction of excise tax in 2019 on selective goods which are considered harmful for human consumption. The introduction of VAT will further expand the consumption tax base in Oman to include taxation on the supply and import of all goods and services unless the goods or services are exempt or zero-rated under the VAT legislation.

In this regard, a CMS Oman spokesperson told International Finance that, “We do not expect to see any further changes to Oman’s existing Tax Law (RD 09/2017) in the foreseeable future as it is relatively new (from 2017) and there have been no mention of such from the Omani government. However, we would expect that a new set of laws and regulations for the implementation of VAT will be published in time for businesses to comply with any necessary requirements to register and implement system changes prior to the date that VAT will be introduced.”

The CMS Oman spokesperson also told International Finance that Oman’s Tax Institution will most likely face challenges with the historic souk culture, as it will be difficult to implement the VAT requirement on small and unregistered and unregulated establishments.

Shiraz Khan of Al Tamimi believes the time frame for the publication of the VAT law and regulations will be a major challenge. He calls for taxpayers being given sufficient time to prepare for the introduction of VAT. Therefore, the expectation is that the laws and regulations should be published in advance to facilitate the taxpayer’s preparation. Another challenge is the IT preparedness of the Oman tax authority as robust IT systems will need to be in place to facilitate efilling and ecommunication with taxpayers.

Is the current level of VAT enough for Oman?

The current level of VAT has been set by the Common VAT agreement, which the six GCC members signed in 2017, at 5 percent. According to estimates made by the IMF, VAT is expected to account for around 1.5 percent to 2 percent of Oman’s GDP. Even though this will help Oman generate additional revenue and diversify its revenue stream, VAT on its own will not be sufficient to cover deficits in revenue in the future.

The CMS Oman spokesperson told International Finance that, “VAT is to start at 5 percent and will be seen as a crucial budgetary reform for Oman to diversify its economy beyond oil and gas. Oman’s oil and gas revenue in 2019 was approximately OMR 7.4 billion whereas VAT is expected to collect a sum that is small, but not insignificant to Oman’s economy.”

Given revenue collected through VAT would be minimal; Oman along with the other Arab states might decide to increase the rate or even set different rates for different products and services. Also, there lies the possibility of the introduction of more indirect taxes. To put things into perspective, VAT is just one of the many fiscal strategies that the government of Oman will introduce to reduce the economy’s dependence on oil.

How will VAT benefit Oman’s economy?

Besides broadening the revenue sources for Oman, VAT is expected to bring in greater transparency and accountability. The implementation process for VAT is quite simpler, though expensive, compared to other indirect taxes. Transparency will come from the fact that VAT is levied on each level of the supply chain and this facilitates authorities to track businesses and effectively monitor their compliance. The new law will also bind businesses in Oman to follow relevant processes and make sure their transactions are compliant, thus adding to accountability. From an administrative point of view, even though the implementation is expensive, VAT will facilitate the reduction in tax evasion. Since VAT is collected throughout the supply chain until the product reaches the consumer, the series of transactions create a trail that can be easily revisited in case of a discrepancy.

The higher level of transparency will also allow businesses in Oman to attract global investors. The added investments in the non-oil sectors will help the markets grow, which ultimately, will contribute to the revenue of the Omani government through VAT. The revenue raised by the government through VAT will only come back to the public as it will be invested in welfare projects and the development of Oman.

Also, since VAT is a consumption tax, the revenue generated from it by the Omani government will not be a fluctuating one; rather it will be constant to a certain level. This will also allow the government to better plan future projects and make necessary investments.

Overall, the success of VAT will depend on its implementation and also partly on the public sentiment. Since the consumers will be the ones paying the tax, it is important for Oman to maintain an upbeat public sentiment in this regard. 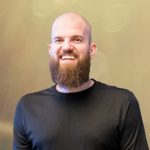 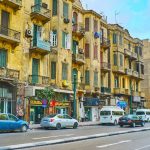