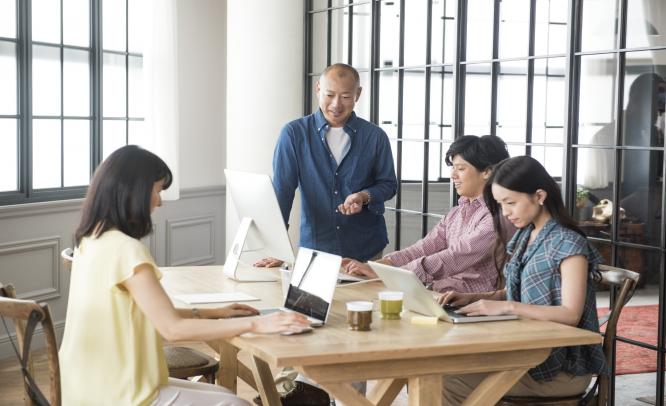 Back in the ’40s, the nation was known for producing startups that went on to become world-class companies Suparna Goswami Bhattacharya July 6, 2015: For the past two decades, Japan has been searching to get its economic mojo back. Several governments have done their bit, but nothing seems to have paid the desired dividends. In the 1940s, the then start-ups like Honda, Nikon, Sony and...

Back in the ’40s, the nation was known for producing startups that went on to become world-class companies

July 6, 2015: For the past two decades, Japan has been searching to get its economic mojo back. Several governments have done their bit, but nothing seems to have paid the desired dividends.

In the 1940s, the then start-ups like Honda, Nikon, Sony and many others helped Japan rise from the ashes of World War II. These world-class companies gave many Western firms a run for their money and helped Japan catch up with the First World within decades. Though even today it remains the third largest economy after US and China, Japan has been trapped in a cycle of economic stagnation and deflation since the 1990s.

A comparison of the two eras show that the missing link has been the lack of creative spirit. Hence, it is not surprising that Prime Minister Shinzo Abe has put startups as one of the focus points of ‘Abenomics’ policies. What followed was a series of reforms, including deregulation of special economic zones, which is bound to create more opportunities for entrepreneurs. The Prime Minister’s intent to promote startups can be measured by the fact that he recently became the first sitting Japanese leader to visit Silicon Valley.

Hence, things have started looking up a little. “Startup activity in Japan has been on the rise, especially in the past five years. This is in large part due to the changing risk/reward structure of starting/joining a startup. Today, it is much cheaper to start a venture and an entrepreneur can finance it with equity, not debt. Even if the startup fails, the entrepreneur can survive,” says C. Jeffrey Char, President & CEO, J-Seed Ventures, a Tokyo-based venture incubator and Japan market entry specialist.

However, a lot needs to be done. And it starts from changing the attitude towards failure. Abe recently admitted that “in the US and Silicon Valley, risk-takers are respected. This, I believe, is something that is most needed by Japanese businesspeople.”

Terrie Lloyd, serial entrepreneur who is based in Tokyo, echoes Abe’s views. “The startup environment here is underdeveloped mainly because Japanese are risk averse. From a young age,children are taught to be obedient, quiet and submissive. Hence, they grow in an environment where having a safe career is looked up to and given more priority over following your passion and starting your own firm,” says Lloyd.

Beyond the attitude and psychological barriers, there are other roadblocks as well. For instance, there are not enough venture capitalists in place to support startups. “The past six years has seen more and more youngsters getting interested in startups, but there are less number of people out there supporting these startups in the form of VCs, angel investors or mentors,” remarks Kaz Terada, CEO, A2O, a Tokyo-based venture capital fund.

The venture capitalist market in Japan is worth $2 billion whereas the same in the US is $30 billion in size, says Terada adding that Japanese companies still prefer IPOs to mergers and acquisitions. “In Japan, only 10-20% of companies say they want to be targeted for mergers and acquisitions, but in Silicon Valley, it’s 80%,” says Terada adding for Japanese the company is family whereas for young Americans the company is a tool to achieve something bigger.

Also, despite sitting on a pile of cash,large organisations do not utilise it for innovation. Open innovation as a culture has never been encouraged or emphasised upon leading to big companies losing their competitiveness in the international market.

Experts do not seem to be too impressed withthe government’s efforts to improve the startup scenario. “There is a lot of talk, but not much effective action taking place.I feel lack of venture capital is not the main bottleneck to a vibrant startup ecosystem. The Japanese government has a tendency to over-regulate, which makes it difficult for ventures with innovative solutions to gain traction in the market place,” says Char. Hence, an overhaul of the regulatory framework is required to reduce and remove regulations that are no longer appropriate. “Moreover, the government should stop supporting small companies and instead encourage young companies (<5 years=”” since=”” incorporation=”” these=”” are=”” the=”” ones=”” that=”” create=”” employment=”” government=”” should=”” also=”” a=”” preference=”” policy=”” to=”” purchase=”” some=”” nominal=”” amount=”” e=”” g=”” 1-5=”” of=”” goods=”” and=”” services=”” from=”” startups=”” when=”” possible=”” suggests=”” char=”” p=””>

Additionally, the government should also make it easier and cheaper to shut down failed ventures. This will enable human capital, especially those with relevant startup experience to work on more productive ventures. 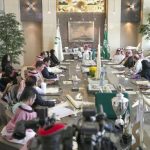 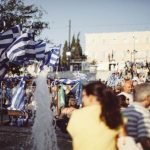 Greek Referendum: What happens next?