When there is an ecosystem built to hold all your cryptocurrencies in a single wallet which is ‘truly quantum resistant’—the outcome is something else.

In a series of conversation, Alex El-Nemer, executive director and board of director for the Nexus Embassy UK talks about Nexus Global and its revolution to the industry.

Can you tell us more about Nexus Global?

Nexus is ultimately an open source blockchain technology and digital currency. The definition of Nexus means a connection of two or more things and that’s what we symbolise as an organisation. Our technology connects businesses and individuals without the need for interference from any third party, a true peer-to-peer network. Our goal is to provide a platform that allows everyone to build a future they desire, no matter their background.

Whether the user is a financial services specialist, a charity, a public sector organisation, or an individual wishing to control their own finances, our offering enables faster transactions and more accountability, which ultimately builds trust.

We believe that education around this new technology is a key driver in allowing cryptocurrency to benefit all and are committed to providing a service that can be used easily by everyone.

What is a Nexus Coin and how it works?

Nexus or NXS is the native cryptocurrency of the Nexus Blockchain which is maintained and deployed by The Nexus Embassy and the development community. We are unique to the other platforms available because Nexus is the only truly quantum resistant blockchain, meaning that it has levels of security beyond any digital currency out there.

NXS can be transferred peer-to-peer to anyone at any time with no fee limitation and is cleared in real-time, representing a significant improvement on both traditional systems and other cryptos available. Nexus was mined into existence and thus never held an ICO—much like the popular bitcoin—making it one of the few truly distributed and decentralised projects out there.

How is Nexus Coin different from bitcoin and other first-generation cryptocurrencies?

NXS is unique in a huge number of ways. Our hybrid Proof of Work and Proof of Stake consensus mechanisms increase the security of NXS and reduce the threat of an attack on the network. It also has a familiar model of growth to that of stable inflators such as gold. This is due to NXS having a capped inflation of three percent which is a proven to be a stable level of long term inflation whilst still supporting growth.

Our Quantum resistant keys and hashes are engineered to be longer in length which works to reduce the threat of attack—making us one of the most secure digital currencies. Major currencies like bitcoin and ethereum (and others that use their code) have a huge threat from Quantum computing which we believe is a near term threat.

As well as this, we have a completely unique code base so we aren’t copying it from another blockchain. It has been designed in a way in which we can optimise every level of the technology stack from the interface layer, down to the network layer. We also provide a hybrid blockchain model, which allows businesses to utilise the benefits of a public blockchain—namely heightened security—whilst also having the benefits of a private blockchain system—this is something we’re really excited for the future.

Nexus offers the world’s first real crypto multiwallet in the field of multi-level marketing. What does this mean to the industry?

The ability to trade and hold a number of cryptocurrencies in one place is incredibly important to allow the industry to grow as a whole. This ecosystem thrives of collective contributions and collaboration, with no single currency remaining on top. Nexus in every sense of the meaning provides the platform for all to collaborate in the most beneficial way for all stakeholders.

Why should digital currency investors consider Nexus’ multiwallet, especially since it’s a long-term investment? What are the benefits?

Nexus is far more than just a wallet. It’s an entire ecosystem whereby the ability to hold all your currencies in a single wallet is highly beneficial, eventually providing the ability to trade these in a truly decentralised manor.

As mentioned previously, the major standouts for Nexus are:

1.     PoW and PoS combination for security

5.     Easy to integrate through APIs. Turning any web developer into a blockchain developer

An story reads “Nexus is attempting to realise Satoshi’s dream of decentralisation.” Can you explain?

A lot of what we believe was initially envisioned by Satoshi (the creator of bitcoin) has been lost. The key focus of blockchain and digital currency was, and for Nexus has always been, to provide a platform to create a new world, one in which people had more control over their finances, data and the freedom to create a future they desire. Nexus was not made to simply be another technology to fit into existing models.

Everything we do at Nexus is to create a new world, whether that is for business to design the business model they always dreamed of, or if it’s an individual who wants to be able to send money with no interference or control over what information is passed to whom—luxuries that are rare to establish these days.

What is the key advice you would like to share with investors before they invest in Nexus?

As with any investment there are two absolute essentials:

1.     Do your own research. Never rely entirely on information or advice that has been given to you. Read as much as you possibly can, contact the team or management if you’re interested to learn more. We are always happy to discuss our technology with those who ask, as should any reliable organisation.

2.     Never go beyond your means. Only invest money that you can risk. Investing always has an element of risk and this industry in particular is a new and volatile market.

Specific to Nexus, there are a number of elements that make us truly unique from other blockchain and crypto providers out there. Our differentiations make for good reason to be involved in the Nexus ecosystem and joining us on our journey.

From an industry standpoint, how will developments in cryptocurrency contribute to global GDP?

Cryptocurrencies are a completely new and relatively an unknown phenomenon. As you can imagine, when I studied economics at university there was no discussion of blockchain, cryptocurrencies and the impact that it would have on global economic models.

The potential impact is unknown and very difficult to predict because it changes the impact of a number of key variables in traditional economic models. I strongly believe that that’s what makes this industry so exciting and gives it the greatest potential to genuinely change the world as we know it—for the better. I think that greater freedom and insight into spending both on a governmental and an individual level can only be for the better.

It can expose wrongdoing and thus reduce corruption which is known to greatly affect a country’s GDP. In addition, some cases have shown it can contribute to the wealth effect. As reported in Japan, it was suggested that a 0.3 percent increase in their economy was a result of the growth of bitcoin and other cryptocurrencies in the country.

Overall, I believe the future of cryptocurrencies and blockchain is very exciting and has the potential to impact our world in an incredibly positive way. 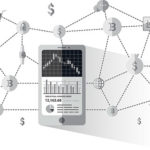 Is the UK fintech market sold off too early? 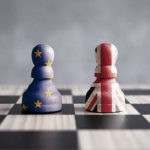 Why Brexit is hard to digest