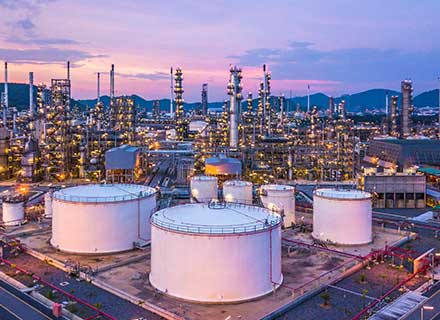 According to IMF, the fossil fuel industry also benefits from subsidies of USD 16 billion a day.

The oil and gas industry has delivered USD 2.8 billion a day in pure profit for the last 50 years, a new analysis has revealed.

The vast total captured by the petrostates and fossil fuel companies since 1970 is USD 52 trillion, providing the power to “buy every politician, every system” and delay action on the climate crisis, said Professor Aviel Verbruggen, the writer of the analysis. Cartels of countries artificially restricting supply inflated the vast profits.

The analysis, based on World Bank data, assesses the “rent” secured by global oil and gas sales, which is the economic term for the unearned profit produced after the total cost of production has been deducted, a British newspaper reported.

The study is yet to be published in an academic journal. Still, three experts at the University College London, the London School of Economics, and the thinktank Carbon Tracker confirmed the analysis as accurate, with one calling the total a “staggering number”.

It appears to be the first long-term assessment of the sector’s total profits, with oil rents providing 86% of the total.

“I was really surprised by such high numbers — they are enormous,” said Verbruggen, energy and environmental economist at the University of Antwerp, Belgium, and a former lead author of an intergovernmental panel on climate change report.

“It’s a huge amount of money. You can buy every politician, every system with all this money, and I think this happened. It protects [producers] from political interference that may limit their activities,” he said.

The rents captured by exploiting the natural resources are unearned, Verbruggen said, adding, “It’s real, pure profit. They captured 1% of all the wealth in the world without doing anything for it.”

The average annual profit from 1970-2020 was $1tn but he said he expected this to be twice as high in 2022, a British newspaper reported.

The profit-grabbing is holding back the world’s action on the climate emergency, he said.

“It’s really stripping money from the alternatives. In every country, people have so much difficulty just to pay the gas and electricity bills and oil [petrol] bill, that we don’t have money left over to invest in renewables,” he added.

Verbruggen’s analysis used the World Bank’s oil rent and gas rent data, which the bank compiles country by country and is expressed as a percentage of global GDP. He then multiplied this by the World Bank’s global GDP data and adjusted for inflation to put all the figures in 2020 US dollars.

According to International Monetary Fund, the fossil fuel industry also benefits from subsidies of USD 16 billion a day.

Mark Campanale, at Carbon Tracker, said, “Not only is the scale of these rents eye-watering, but it is salient to note that, in the midst of a cost of the living crisis, caused by record oil and gas prices, this flow of money to a relatively small number of petrostates and energy companies is set to double this year. Shifting to a carbon-neutral energy system based on renewables is the only way to end this madness.”

University College London Professor Paul Ekins said, “Some of the rents go to governments as royalties. But the fact remains that, over the last 50 years, companies have made a huge amount of money by producing fossil fuels, the burning of which is the major cause of climate change. This is already causing untold misery around the world and is a major threat to future human civilization.

“At the very least these companies should be investing a far greater share of their profits in moving to low-carbon energy than is currently the case. Until they do so their claims of being part of the low-carbon energy transition are among the most egregious examples of greenwashing,” he added.

Emissions from the burning of fossil fuels have driven the climate crisis and contributed to worsening extreme weather, including the current heatwaves hitting the UK and many other Northern hemisphere countries. Oil companies have known for decades that carbon emissions were dangerously heating the planet.

Verbruggen said oil-rich nations, such as Russia and those in the OPEC cartel, including Saudi Arabia, kept rents high by restricting supply: “They change the fundamentals of the markets.”

If all available oil and gas could be freely supplied to the market, the price of conventional oil would be USD 20-30 a barrel, Verbruggen said, compared with about USD 100 today.

May Boeve, the head of the campaign group 350.org, said, “These profits have enabled the fossil fuel industry to combat all efforts to switch our energy systems. We have to dismantle such rent-seeking systems and build our future based on accessible and distributed renewable energy that is more sustainable and democratic in every way.” 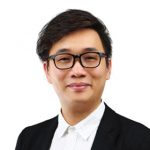 Reasons why Singaporean investor Lian is selling off Chinese equities 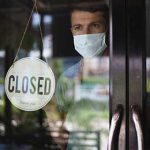 #Boeing delivers last 747, says goodbye to 'Queen of the Skies' The aircraft was handed over to its new owner, US… https://t.co/oQImXQOSsy