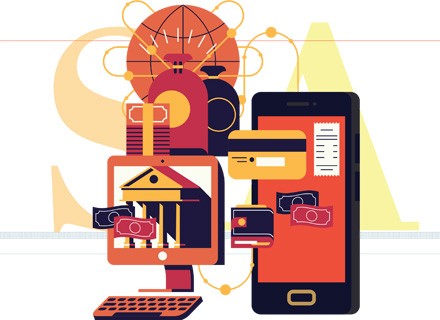 Banking as we know it is changing. Challenger banks are emerging in most markets across the globe and with their disruptive technologies they are redefining banking. In the present day, we have stepped into the era of digital banking and we are heading towards a foreseeable future where brick and mortar banks may cease to exist. Bill Gates once said, “we need banking, but we don’t need banks anymore.” The global digital banking market size is forecasted to reach $30750 million by 2026, from $9098.7million in 2019, at a compound annual growth rate (CAGR) of 19 percent during 2021-2026, according to a Valuates report. More than 200 digital banks have popped up across the globe since 2010.

While the trend started in Europe and the UK, the digital banking space in Southeast Asia is growing. Out of the 200 plus digital banks, nearly 50 of them are based in the Asia Pacific region. Digital is becoming mainstream and digital banking is being driven by disruptive technologies, digital penetration and evolving customer expectation. The Covid-19 pandemic has also given digital banking a significant push.

According to a research report, nearly 70 percent of adults in Southeast Asia were underbanked or unbanked. The biggest market is Indonesia, which has around 42 million underbanked and 92 million unbanked adults. Also, there is a huge funding gap when it comes to small and medium and small-sized businesses in the region. Digital banking solves these problems.

Another survey has also revealed that the lack of personalised advice, higher fees and an unattractive image are the reasons for consumers to shift from traditional banks in Southeast Asia. While the changes in terms of banking have been tremendous, traditional banks have been equally slow to adapt to these changes. A Roland Berger report has revealed that around 18 percent of the bank branches in Southeast Asia will be closed by 2030, which is around 9,000 branches.

The report further forecasts that the most significant market consolidations include Indonesia, Thailand and Malaysia, as these economies move towards continued growth along with increasing internet penetration, digitalisation and the growing irrelevance of brick-and-mortar branches.

Why is digital banking on the rise?
Few industries have seen the magnitude of technological disruption than the financial sector. Digital banks have the ability to satisfy evolving customer needs in a much better way. Also, the traditional bank’s inability to adapt to the changes is playing a role in the rise of digital banks across the globe.

It is estimated that currently, around 2.5 billion people are using digital banking services. However, according to toa Juniper Research’s report, almost 53 percent of the world’s population will access digital banking by 2026.

The neobanks or challenger banks offer similar services as traditional banks such as savings accounts, payment and money transfer services, and financial education solutions, among other segments but more efficiently. Some of these digital banks also offer money lending services in partnership with other banks and credit union services.

In the case of a digital bank, a customer can almost carry out any financial activities from the comfort of his home. This is not the case when it comes to traditional banks. Customers do need to visit the branch from time to time. Even though many traditional banks have understood the importance of digitalisation, the process of digital adaptation is slow.
Greg Krasnov, founder and CEO of Tonik told International Finance that the main advantage of purely digital banks over traditional players is being able to reallocate investments to more quick wins for the customer. He said, “For instance, Tonik offers the highest interest rate for time deposits in the Philippines at 6 percent per annum.

“Whereas more brick-and-mortar banks have to invest in operational expenses such as maintaining and staffing these branches and other infrastructure, we do not have this need and can easily invest in features that enable customers to save and earn bigger with their money. Accessibility and security are also huge factors for customers to prefer digital banks.”

Financial services are literally at ones’ fingertips in digital banking, usually in the form of a secured mobile app and device. As such, digital banks heavily invest in making their core banking services and security solutions as robust and user-friendly as possible through partnering with internationally recognised names such as Mastercard, Finastra and Amazon Cloud Services.

What makes Southeast Asia a fertile ground for a digital banking boom?
Some of the world’s most emerging economies are in Southeast Asia. Economies such as Vietnam are growing at a substantial rate. Economies such as Thailand, the Philippines are Singapore are now opening their doors to digital banking. With a population of 675 million as of July 19, 2021, the region is ripe for disruption.

It is estimated that Southeast Asia’s population will reach 721 million by 2030, positioning it as one of the most populous regional markets in the world behind China and India. Also, a huge middle class is emerging in the region that holds a large disposable income. The number of people categorised as middle-class is expected to more than double from 24 percent to 51 percent in 2030, from 135 million people to 334 million people.

Economic growth in emerging markets continues to outpace global averages. The combined gross domestic product (GDP) of Malaysia, Indonesia, the Philippines, Singapore, Thailand could reach an estimated $4.3 trillion by 2030. This positions the region as the sixth-largest global economic bloc.

Greg Krasnov believes that the region holds great potential in terms of unbanked and underserved markets. It is very exciting for new fintech players or neobanks to leverage this diverse, digitally savvy and predominantly young region in terms of offering more attractive deposits and consumer lending propositions.

For instance, there is over 70 percent of the adult population in the Philippines alone is underserved by traditional banks in the country. He said, “We are talking about a market with potential values of up to $140 billion in retail deposits and $100 billion in lending. This is largely caused by lack of more competitive rates and returns from older and bigger players in the country which we aim to address with our game-changing offers”

Southeast Asia is also blessed with supportive regulators who share the vision of propelling the region to digitalisation and financial inclusion. Governments in the region have understood how digital banking can propel the region’s economic growth. Greg Krasnov said, “Our close collaboration with the BSP in the Philippines has been instrumental in our continuous growth and acquisition. We have been witnessing similar developments in other countries such as Singapore, Malaysia and Indonesia which should make the industry more dynamic and competitive in the next few years.”

Tonik went live in March this year. Previously, Tonik was operating in the country with a rural banking license. Greg Krasnov said, “Tonik is the first private neobank in the Philippines to secure an official digital bank license from the Bangko Sentral ng Pilipinas (BSP). We offer accessible, flexible, and inclusive financial services, including industry-leading deposit interest rates of up to 6 percent per annum, and unique saving features such our Solo Stash and Group Stash products.

“Being a purely digital neobank, we make these services available on a highly secure platform through our mobile app. This allows for more convenience as customers can open a fully functional Tonik account in under five minutes via the app using only one valid ID and a selfie – a far cry from the often tedious process that they are accustomed to with traditional banks.”

In Malaysia, the central bank released its Licensing Framework for Digital Banks earlier this year. It is estimated that around 40 different parties have applied for digital banking licences in the country. The applicants include telecom company Axiata through a tie-up with local bank RHB Group; real estate firm Sunway, low-cost carrier AirAsia and tech company Green Packet. Malaysia plans to hand five digital banking licenses in the first quarter of 2022.

Meanwhile, Thailand is one of the few Southeast Asian economies that has not unveiled a digital banking roadmap as of yet. However, plans to issue digital banking licences are in the pipeline. Last year, the Bank of Thailand (BoT) said that it was exploring the possibility of issuing digital bank licenses. While it can be argued there is a lack of urgency to promote digital banking in Thailand from the authorities, it is primarily due to the fact that 80 percent of Thai adults have an account at a formal financial institution, as per the World Bank.

In Indonesia, there are already seven digital banks and another seven are still waiting for licences from the Financial Services Authority (OJK). The digital banking market in Indonesia, in particular, is ripe because of the 145 million millennials, who account for more than half of the country’s population.

Digital banks to propagate in most emerging SEA markets
The paradigm shift in consumer behavior and demand presents itself as a major opportunity for digital banking institutions to tap into this growing market of both banked and especially unbanked consumers in the Southeast Asian region. Digital banks or neobanks will continue to propagate in most emerging Southeast Asian markets. Rapid customer take-up in the region proves that more customers in this part of the world are hungry for financial enablers that make banking simplified, nonintimidating, digital-driven, and actually make their money grow.
“The new normal has transformed consumer banking behavior in many ways, and we can expect that the future will continue to be in the direction of digital,” Greg Krasnov said.
Similar events are also unfolding in Singapore, Malaysia and Indonesia with regulators granting more digital bank licenses and setting up frameworks for new challengers. Customers will continue to be on the lookout for and choose banks that encourage a more human relationship built on mutual trust, speed and convenience, rather than usual transactional interactions that are often tedious and frustrating.

Traditional banks are also adapting to the rapid changes. To meet the changing expectations of their customers in the rapidly evolving landscape, the incumbents are creating their own low-cost operating models that can win in a low-growth future environment. The number of digital banks launched by traditional banks across the globe has doubled over the last decade, catering to a marketplace where digital is substantially becoming mainstream. 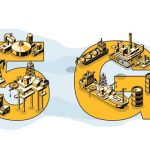 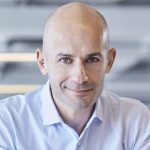 Central America is the next big thing