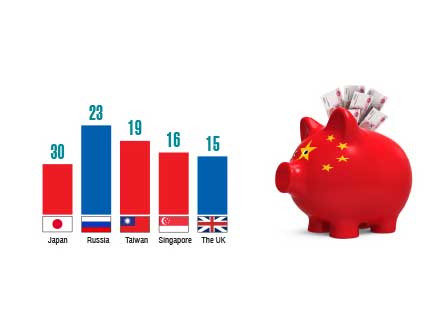 For China, it is a matter of prestige to win the US in political and economic dominance around the world. Before the coronavirus pandemic, it had two powerful strategies in place—expansion of supply chains and internationalisation of the renminbi. Although the former strategy, in part, is affected by the pandemic, forcing multinational corporations to move their supply chain bases from the mainland to other Southeast Asian countries like Vietnam—the country is still backed up by a strong commitment to internationalise the renminbi since early 2009.

In 2015, China received its acknowledgment of economic importance when the International Monetary Fund added the renminbi currency to the basket of currencies that form the Special Drawing Right. The main focus of the board review was to understand whether the Chinese currency had met the criteria to be included in the basket, and the board had decided that all existing criterias were met. With that, the renminbi became a freely usable currency and was included as the fifth currency in the basket, along with the US dollar, the euro, the Japanese yen and the British pound.

“It is also a recognition of the progress that the Chinese authorities have made in the past years in reforming China’s monetary and financial systems, Christine Lagarde, the IMF’s managing director, said in a statement. “The continuation and deepening of these efforts will bring about a more robust international monetary and financial system, which in turn will support the growth and stability of China and the global economy.”

Last year, a report published by China Power stated that more than $285 billion worth of renminbi was traded daily in the foreign exchange market. Although the amount seems significant, it was only a fraction of the total currencies traded in any given day, while the US dollar trade had reached more than $5.8 trillion percent last year, moving the dollar into a category representing more than 88 percent of all foreign exchange transactions. It is a known fact that the US dollar has been prevalent in the foreign exchange markets for decades mainly because of its large size and economic stability.

China’s contest with the US continues

Now it is part of Beijing’s large-scale strategy to supersede the US dollar as the dominant international currency, thereby inheriting decades-worth of benefits enjoyed by the US on the monetary front. Previously, China had tried to internationalise the renminbi by slowly liberalising its capital accounts, but its efforts had no potent effect on the currency unlike what it might have anticipated. The problem is China still lacks free flow of capital, despite Beijing implementing measures to ‘widen the bank that the renminbi floats in to sell renminbi-denominated offshore bonds’, as the Jamestown Foundation which is a provider of non-partisan global research analysis on Eurasian security and political developments in its report stated. Now it is believed that Beijing has realigned its focus to prevent capital flight and enable currency stability at the expense of internationalising the renminbi.

Another factor to take into account is that the country’s trade surplus is making it difficult for Beijing to push large amounts of the currency into global circulation. Last year, Morgan Stanley economists said that the country’s current account deficit could reach $420 billion which translates to 1.6 percent of GDP by 2030. However, China could maintain a modest current-account deficit in the medium-term if it develops a healthy external balance sheet, where its net foreign asset position is the highest in emerging markets, further resulting in increased levels of competitiveness in export and production.

Coming back to its global currency push, Beijing is determined to reduce dependency on the greenback. For that reason, the central bank has announced that the country will make it easier for foreing investors to use the renminbi to invest in Chinese stocks and bonds on the back of its relentless pursuit in currency internationalisation. This in turn is anticipated to strengthen the development of offshore renminbi markets. To add value, the central bank said that the cross-border renminbi settlements in foreign trade grew more than 16 percent last year, which accounts for 13.4 percent of the total cross-border trade settlements. It is reported that the central bank will increase monitoring of cross-border capital flows while using its counter-cyclical policies to mitigate potential risks from it.

Europe might become the biggest CYR market after Hong Kong

Now what is interesting is that Europe has come into China’s focus to grow the renminbi internationally by setting up many market access and trading infrastructure schemes on the continent. This means that Europe will become the largest China Yuan Renminbi market outside of Hong Kong, which in turn will commercially benefit its countries and  businesses from the wider use of the China Yuan Renminbi. The development is quite appealing because it will allow Europeans to make purchases in China Yuan Renminbi overseas and could even increase exports of goods and services from Europe to China.

Some of the European government’s strategic interest in the internationalisation of China Yuan Renminbi develops from the fact that they are highly-reliant on exports, unlike the US. A report published by Merics found that merchandise trade in 2018 accounted for 71.2 percent of German GDP, 42.5 percent of French GDP and 41 percent of the UK GDP, while only 20.8 percent of the US GDP. This is proof enough that European countries want to protect their business interests by establishing a healthy access to foreign currency markets.

Despite that, China has not always been forthcoming on the back of looming political events. The cross-border listing, for instance, on the London-Shanghai Stock Exchange was stalled in January this year owing to the Hong Kong protests. Because London is the world’s largest foreign currency market it has become the medium for the majority of the European China Yuan Renminbi clearing. That said, Paris, Frankfurt and Luxembourg also have a prominent role to play in the market, but the international circulation of the currency still remains low as a result of China’s stringent rules on convertibility.Merics in its report said that European companies are even competing with each other to attract China Yuan Renminbi clearing business, but on the downside, there are restrictions on foreign access to China’s financial markets, limiting the scope of the currency’s wider use.

It is clear that Europe is highly suited to become the next China Yuan Renminbi market, but there are indications that it might have considerable consequences in the matter. For example, the market will be in favour of  Chinese companies seeking to purchase European goods, causing a higher demand for the currency as more China Yuan Renminbi-denominated goods become available on the continent. On the other hand, European exports to China will also increase and lower their trade deficit.

The dramatic rise of renminbi

Morgan Stanley analysts suggest that the wider use of renminbi can be achieved with increased foreign investments into Chinese markets. This might actually push the currency to become the third largest reserve currency in the world behind the US dollar and the euro. The projected forecast follows the Chinese government’s relentless efforts in internationalising the use of renminbi over the years. For now, the renminbi accounts for 2 percent of foreign exchange reserve assets, but it has the potential to rise between 5 percent and 10 percent by 2030. Though the rise in percentage is not massive it can surpass the levels of the Japanese yen and the British pound.

The report stated “We expect private and reserve managers will generate more than US$150 billion in total portfolio inflows to China in 2020, for the third consecutive year, highlighting the transformations underway. The annual inflow should reach US$200-300 billion in 2021-30.” Meanwhile, the investment portfolio inflows might become more significant than foreign direct investment in the coming decade, indicating a cumulative  $3 trillion worth of inflows.

These prospect investments effectively state the fact that more global assets will be held in renminbi, and with the government traditionally keeping a firm grip on the currency it is impossible for large amounts of capital to leave the country. Again, Morgan Stanley analysts predict that the Chinese currency will likely gain momentum to 6.6 renminbi versus the US dollar by the end of next year. The People’s Bank of China in its annual RMB internationalisation report referred to another interesting finding that nearly 70 percent of central banks across the world held renminbi in their reserves at the end of 2019, which climbed from 60 percent in the previous year.

And crucially, there are some risks to the projections made by Morgan Stanley analysts, that the country’s current account comprising trade and payments to foreign investment count turn negative from 2025 and reach -1.2 percent of GDP by 2030. This further explains that annual net foreign capital inflows worth $180 billion are necessary between that period to plug the current account deficit. Additionally, slow opening of the Chinese financial markets to foreign investment, global market volatility, economic risks and US-China trade escalations might somewhat impact the trend of the internationalisation of China Yuan Renminbi.

Wang Yongli, a former vice-president with the Bank of China, wrote in The Economic Observer, “The internationalisation of the yuan needs to be further accelerated.” The big gap in the use of renminbi in foreign trade is something that has to be addressed for the country to fasten global circulation of its currency. In fact, various Chinese documentations have already highlighted the need for the internationalisation of the renminbi, while the Merics China monitor is looking at the existing dillemesa among Chinese policymakers, who are indeed responsible for deciding the extent to which the currency can be internationalised. For the central bank to make the China Yuan Renminbi an international currency would necessitate foreign economic policy goals.

Although Europe has access to all the necessary trading infrastructure, there are certain constraints which limit its play in China’s currency. For one, China itself has become an obstacle, pointing to the confusions in formulating economic policies that can support the transformation of China Yuan Renminbi into an international currency. To explain the matter further, China most definitely seeks to internationalise the renminbi, but while retaining full control over its economic relations with other countries. This incompatibility in China’s approach to push its currency into global circulation is majorly preventing Europe from backing the former’s large-scale strategy.

So far, there have been several discussions on the purpose of currency internationalisation, but the most common allure of it comes from the historic fact that it will demonstrate power, facilitate domination of trade and financial transactions in foreign exchange markets. China’s move to internationalise the renminbi is especially important to the country, because as the Jamestown report pointed out, the country is ‘particularly exposed to exchange rate risks as the world’s largest importer of oil’—a US dollar-denominated commodity.

It is not that reason alone that is encouraging China to become currency-denominated. Another fact is: Chinese companies and state-backed projects generate bills that are US dollar-denominated. For example, the Belt and Road initiative is one of the largest foreign investment projects in history. In another example, the country is spending billions of dollars in Africa’s infrastructure construction to expand its global footprint. The progress has, somewhat, pushed the Trump administration to impose restrictions on activities of Chinese payments services like Alipay and WeChat Pay on the pretext of national security concerns. For real, it could also be an attempt to stop China from internationalising the renminbi, observed financial experts.

For now, the degree of internationalising the renminbi, is anyone’s guess. If there is a coherent story to be told here, it might be that China’s economy is slowing, policymakers are facing a dilemma in the internationalisation of the currency—and yet it is rapidly expanding its footprint into East Asia and Europe one way or another. 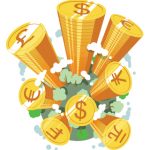 The relation between global growth and the Internet 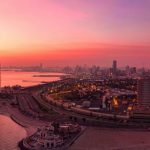 Will Kuwait push through the debt law?