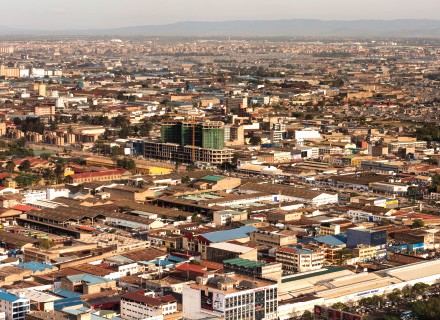 The Kenyan banking system is the fourth largest in sub-Saharan Africa. With 44 licenced banks operating in its banking sector, Kenya is overbanked, given its population is around 50 million. Let’s not forget the microfinance institutions and fintech startups that are also fighting for a share in the overall financial ecosystem of Kenya.

Statistically, Kenya has one bank per million Kenyans, compared to 0.3 in South Africa and 0.1 in Nigeria, two of the largest banking systems in sub-Saharan Africa. According to a Moody’s Investors Services analysis report, around five top banks in Kenya controls about half of the assets in the system, as of 2018.

Mergers and acquisitions in the Kenya banking system

In the fourth quarter of 2018, NIC Bank and Commercial Bank of Africa (CBA), two of the largest banks in Kenya, announced that talks are in place for a potential merger. Earlier in September this year, the Central Bank of Kenya announced that it had approved the merger between the two banks.

In April 2019, KCB (Kenya Commercial Bank), the largest bank in East Africa by total assets, announced its intention to acquire all of the ordinary shares of the state-owned National Bank of Kenya (NBK).

Access Bank, which is Nigeria’s biggest bank, is acquiring a 93.57 percent stake in Kenya’s Transnational Bank in a bid to build a stronghold in the East African market. The bank recently received a nod from the Competition Authority of Kenya. This year, Mauritius-based SBM Holdings also bought assets from Chase Bank Kenya and the entire capital of Fidelity Commercial Bank.

To put things into perspective, the Kenyan banking sector has witnessed a total of seven acquisitions and five mergers in the last 10 years.

So what is driving the consolidation in Kenyan banking?

The entry of international banks in the Kenyan banking sector is also driving consolidation in the sector. Many international banks continue to eye the local market and this adds to the reasons for the larger banks to consolidate their position with increasing competition. In Kenya, so far nine foreign banks have set up representative offices in the country. Some of them are HDFC Bank, JP Morgan Chase, FirstRand Bank and Bank of China.

The number is expected to increase as more and more foreign banks look to increase their regional presence in African economies such as Kenya and also increase their customer base. The entry of foreign banks with strong financial muscle makes it difficult for smaller local banks to compete as they often face tough funding conditions. In such situations, a merger or an acquisition by a bigger bank seems to be the most suitable option.

Also, around 80 percent of the profits made by the Kenyan banking sector go to the bigger banks. Smaller banks, on the other hand, find it difficult to sustain their existing market share. This also pushes many small banks in the path of a potential merger. Richard Njoroge, an assurance partner and a member of PricewaterhouseCoopers (PwC)’s specialist financial services group, told International Finance, “My view is that the smaller banks will struggle to survive in the long run in the current environment unless they operate in very niche markets.

The level of investment that they require to keep up with technology and to cope with ever-increasing regulatory compliance requirements will make it more difficult for small banks to cope.  We saw a deposit flight from the smaller banks to the larger banks after the collapse of three banks in Kenya, which has resulted in some of the smaller banks experiencing liquidity challenges. It will take time for the confidence crisis to wane. Smaller banks also tend to have a higher cost of funds as they have to pay more to attract depositors, making them less profitable.”

Regulators are also playing an important role when it comes to consolidation in the Kenyan banking sector. Supervising a large number of banks always proves to be an arduous task and requires significant resources. However, fewer banks enhance their capacity to rigorously monitor and improve their banking systems’ overall supervisory framework.

The introduction of IFRS 9, which is another global financial reporting standard, is likely to sustain the flow of consolidation in the Kenyan banking sector. IFRS 9 became effective in 2018.  The biggest impact of the standard for banks is the level of provisions on loans (and other financial assets) that banks are required to make.

According to Richard Njoroge, the standard requires provisions to be based on a forward-looking expected loss method, instead of the “incurred loss” method in the old standard.  The higher provisions will reduce the level of profits reported by banks and reduce their capital ratios.  The impact on profits was not that discernible in 2018 as banks were able to charge to reserves the initial adjustment on opening loan loss provisions. We expect the impact on profits reported to be more noticeable going forward.

The regulators in the region announced transition rules for banks to cushion them against the immediate impact of IFRS 9 on regulatory capital.  However, banks have had to re-assess their capital adequacy plans in light of IFRS 9, and for some, this may mean raising more capital in the coming years or cutting back on dividend payments.

IFRS 9 has triggered banks to revise their pricing strategy on loans, although the scope for this in Kenya was restricted by the interest rate capping rules. With the lifting of interest rate caps, banks will have more flexibility in pricing.  Banks are also being forced to invest in systems such as IFRS 9 requiring the use of complex models and collection, maintenance and analysis of greater volumes of data.  Sufficiency and quality of data has been a challenge for many banks in the region in implementing IFRS 9.

With regard to the possibility of banking system disruption as a result of consolidation in the Kenyan banking sector, Christos Theofilou, vice president and senior analyst at Moody’s Investors Services told International Finance that, “Kenya’s consolidation has been industry-led, unlike other systems where this was a consequence of systemic weakness and authorities may have taken a leading role. As such, there is a more limited disruption to the overall banking system.”

Why is consolidation necessary in Kenyan banking?

Many small banks in Kenya do not have the resources to compete with the bigger banks, to invest in infrastructure and keep up with technological advancements. As a result, they suffer from weak risk management capabilities. Also, they face tough funding conditions.

They incur higher funding costs and hold lower capital. Such banks face a greater risk of collapsing, which will be catastrophic for the banking sector such as Kenya’s. Hence, if such a weaker bank is acquired by a bigger bank, it gets access to its infrastructure, expertise, technology and also financial muscle. In other words, consolidation brings stability to the banking sector.

According to Moody’s, consolidation increases banks’ economies of scale and improves income stability due to geographical and product diversification. It also reduces the number of very small, fundamentally weak banks within the banking sector, improving its overall credit profile.

Consolidation also lowers the level of systemic risks in a banking system. It improves regulatory oversight by reducing the burden of monitoring a large number of very small, fundamentally weak banks.

Many would argue whether the consolidation would guarantee that the Kenyan banking sector will be in a strong position in the next five to 10 years? When International Finance asked the question to Richard Njoroge, he said, “To be successful in the future, banks will have to embrace rapidly evolving technology; respond proactively to changing customer needs and deal with more demanding compliance requirements.  To achieve this will require significant investments in systems and smaller banks may struggle with making these investments.

Rapid technological advancement could, therefore, become a trigger for consolidation. Consolidation by itself is not necessarily a guarantee that the remaining individual banks will be in a stronger position, but an industry with fewer larger banks will stand a better chance of success.”

How many banks does Kenya actually need?

With 44 licensed banks operating in its banking sector, Kenya is slightly overbanked, given its population is around 50 million. The financial sector nowadays is not just limited to the banks. Many fintech startups are popping up every year and causing major disruption in the Kenyan banking system.

To add to it, Kenya witnessed a mobile money revolution in the last decade. M-Pesa revolutionised how an ordinary Kenyan handled or spend his money and completely changed the financial landscape of the country. Also, besides the commercial banks, 73 foreign exchange bureaus, 13 microfinance banks, and 19 mobile money remittance providers are part of the Kenyan financial sector.

What the Kenyan banking system needs is its top five to six banks to control 60 percent of the market shares, Moses Muthui, the director of strategy at Barclays Bank Kenya told a business forum earlier. According to him, the sector also needs around ten to fifteen smaller banks to operate in the system and take over the other 40 percent of the market share. The niche players in the system can play an important role as they serve a very specific market segments which often the top banks does not tap into.

Despite the consolidation of the sector, authorities will not refrain from issuing new licences. Instead, they are expected to continue granting new banking licences in the future. That said, we can also expect more mergers and acquisitions in the sector as experts predict the consolidation will continue in the coming years.

According to the Central Bank of Kenya, banks that will embrace innovation and adopt new technologies will have unprecedented opportunities to change and improve how they provide financial services and products. At the same time, they must manage the risks created by the new digital economy,

The Kenya Bankers Association’s State of the Banking Industry report 2019 revealed that financial technology is increasingly changing the shape of the banking industry in the sense that competition in the provision of financial services is well beyond the formal regulated institutions.

It further states that new entrants with digital prowess will gain prominence, while many incumbent lenders will be forced to alter their strategies to compete. There will be greater industry fragmentation and blurring of industry boundaries, with financial services increasingly offered by an emerging breed of nonbanks.

Richard Njoroge told International Finance, “Consolidation can be regulator driven, such as through requirements for higher capital levels as was the case in Nigeria, or market-driven.  Attempts by the regulator in the past to increase the level of minimum capital have not gone far as these proposals have been blocked in Parliament. In my view consolidation will be driven by business imperatives, which make it difficult for banks below a certain scale to be competitive. Consolidation has taken a while, but we are already seeing this starting to happen. I expect that we will have fewer banks in 10 years’ time.” 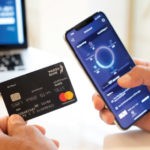 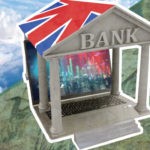