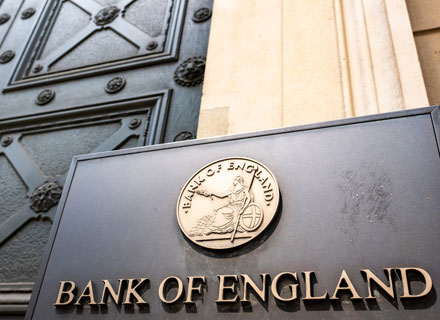 On August 4, Bank of England announced a 0.5 percentage point rate hike, the biggest in more than a quarter of a century.

It has been more than eight months since the Bank of England (BoE) first began to raise interest rates in an effort to combat rising inflation, and on August 4 it announced a 0.5 percentage point rate hike, the biggest in more than a quarter of a century, raising UK interest rates to 1.75%. The move came after the National Institute for Economic and Social Research (NIESR) released data showing that astronomical inflation could push the UK into a crippling recession that could leave 5.3 million households with no savings at all by 2024.

Nevertheless, economists assure that interest rate rises are the best way of controlling inflation. Carlo Altomonte, Economist, Associate Professor of Economics at University Commerciale Luigi Bocconi, SDA Bocconi School of Management, and SDA Bocconi Asia Center told International Finance that increase in interest rate will help reduce inflation but at the cost of a significant slowdown in the economy. Altomonte says, “Banks will have to raise interest rates so much to induce a recession in the economy, which will lower demand, and this will lead to the slowing down of inflation”.

He asserted that for the UK the situation is complicated further by Brexit, which has caused additional value chain disruptions, and hence additional costs. “We did not immediately see the effects of Brexit because its initial consequences almost coincided with the COVID lockdown, but now that demand has returned to pre-pandemic levels, the cost implications of Brexit on prices and inflation are becoming clear”, Altomonte said.

As Carlo Altomonte assures increase in interest will help reduce inflation, contradictory to that, Mario Seccareccia, Economist, Ph.D. Professor Emeritus, Department of the Economics University of Ottawa told International Finance that the higher interest rates can slow down the UK economy, but this will not slow down the underlying inflation rate.

According to Seccareccia, the UK is facing primarily underlying supply-side inflation of an international dimension that central banks cannot control through interest rate policy domestically. “Increasing the interest rate is an extremely inequitable and conflictual solution because it raises the income of interest-income earners in order to compress the income growth rate of wage earners. This is especially problematic since an important arm of government, the BoE, places itself squarely against workers who would have to bear the burden of the adjustment, despite the evidence, that profit markups have risen a great deal and that nominal wages have not grown commensurate with the inflation rate”.

What can the BoE do?
Jyoti Prakash Gadia, Managing Director, Resurgent India says, “There’s not an awful lot that interest rate policy can do about energy prices,” It can‘t create extra gas.” But there is one option. Two factors are contributing to rising inflation: the first is that high energy prices are making people poorer, and the second is that unemployment is unusually low, meaning jobs are very hard to fill. That puts all the power in the hands of workers: if employers can’t fill jobs, they’ll increase wages, which will increase inflation. And that, says Gadia, is something the BoE can control.

“What I think (the BoE) has in mind is trying to ensure that the labour market is sufficiently slack,” he says. Pushing up interest rates means employers have less spare cash to meet employees’ demands for pay rises. Workers having less disposable income brings down demand, which in turn helps to control inflation. But that “does mean more unemployment than there is at the moment, ” Gadia tells International Finance.

What other steps, apart from raising the interest rate, to bring down inflation?
According to Professor Mario Seccareccia there are various anti-inflation policies that do not entail interest rate increases. He says, there is a great deal that fiscal policy can accomplish in the face of inflation. In the short term, it is important to understand the causes behind inflation, and try to understand what can and cannot be fixed. For example, governments should be helping to repair supply chains and transportation networks in the short term, and thinking about how to make our industrial policy resilient to future challenges in the long term.

In times of inflation, governments can think about how to provide public alternatives for high-priced items. For example, if gas prices are going to be high in the long term, governments at all levels should think about how to make it easier and cheaper to get around without needing fossil fuels. This is a more targeted and equitable way of reducing demand for a high-priced good than the central bank model of reducing the money supply.

Governments can also regulate prices. Rent control is a good example of this. Wherever possible, policymakers should think about how to maintain the supply of goods that are price-controlled. In the case of rent control, a solid plan for public investment in non-market and co-op housing would help ensure there was a sufficient supply of affordable rental housing.

This spending does not have to be funded with borrowing. If policymakers are worried about stimulus spending increasing interest rates, they can fund this spending with the revenue increases they inevitably receive during periods of high inflation. In addition, governments across Canada have cut taxes for corporations and the wealthy over the past 30 years. This means that there is significant room to increase these taxes. Spending that is not funded by borrowing will not be considered inflationary by the central banks, and so won’t prompt them to raise interest rates further. Increasing corporate tax rates and taxes on wealth will also counteract the negative impacts of increasing wealth concentration and inequality. 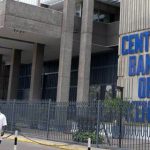 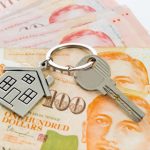