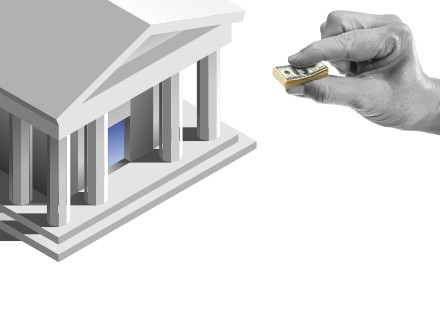 Industry experts forecast a decline in bank deposits in the coming weeks due to interest rate hikes by the Fed.

Banks in the United States have brought in increasing deposits year after year since World War II, but this might be the year to break the streak.

Bank analysts are consistently downgrading expectations for deposit levels at industry-leading firms for the last two months. The KBW Nasdaq Bank Index benchmark comprising 24 banks is forecasted to see a 6% deposit decline in 2022. The Federal Deposit Insurance Corp said that these 24 institutions make up nearly 60% of $19 trillion in deposits in December.

The pandemic was a wake-up call and stimulated the people’s need to save for a rainy day. Bank deposits rose sharply as a result. A forecast of declining bank deposits would have been unimaginable a few months ago.

In February, analysts predicted a 3% increase in deposits. In May, they cut a trillion dollars from their former estimates. The sudden change indicates the impact of the Federal Reserve’s hikes in interest rates on the finance sector. Economists and Fed officials are calling for further sharp increases in interest rates to combat inflation. The news is rippling through the banking industry in myriad erratic ways. Consumer and business behavior is being observed to understand the consequences of the Fed’s fiscal policy.

JP Morgan Chase & Co., Chief Executive Jamie Dimon said in his annual shareholder letter last week that this is not a traditional Fed tightening. He added that there are no models or precedents that could give us a remotely accurate answer.

However, a decline isn’t harmful to banks. Most banks can’t process all the deposits coming their way. Many are reaching their regulatory limits on capital and are turning down depositors because they can’t put their money to work.

The banking industry in the United States has $8.5 trillion more in deposits than in loans, revealed Barclay analysts. Even though demand for loans is bound to increase and deposits are necessary to sustain growing loan demand, banks have enough capital to keep lending without opening new accounts. Barclay analyst Jason Goldberg said banks were sitting on deposits they don’t even need.

The bad news is already here as bank stocks drop in value with the changing Fed policy. The S&P 500 fell at the beginning of the year, though the KBW Index started the year heading higher. However, the index has lost almost 20% of its value since mid-January. They have lost 9.4% for the year, with S&P 500 losing 5.8%.

Banks cheer rising interest rates
Even a slight increase in the benchmark rate would potentially give banks billions of dollars in revenue. And despite all their recent losses, large banks have been pressuring the Federal Reserve to increase interest rates for a while now, and they are finally getting their wish fulfilled.

Banks can earn revenue when Federal interest rates are hiked because they can charge more on loans but are not required to pay depositors more. Big banks are sleeping on giant amounts of cash that aren’t working for anyone. Many bankers plan to utilize this untapped asset in securities as soon as the interest rates rise. Trading windfalls during the pandemic that helped banks grow are slowing down, and experts forecast incremental expenses for technological and expansionist plans.

A banking analyst at Autonomous Research, John McDonald, said that interest rates could be the tiebreaker, as banks are very rate sensitive.

Wells Fargo Co. and Bank of America Corp. are more susceptible to change as they have the most US deposits. They are both estimated to gain around $7 billion in annual revenue if there was a single percentage point jump in both short and long-term rates simultaneously. JPMorgan Chase & Co., which had $52 billion in net interest revenue in the past financial year, would gain $6.7 billion in revenue with a single-point interest rate hike.

McDonald said that Wall Street’s expected annual earnings per share for large banks would average 19% more if this hypothetical interest rate kicks in. He added that Wells Fargo’s earnings would be around 38% more.

When the Fed increased interest rates the last time, which was in 2015, industrywide income grew by 9% approximately for three consecutive years, according to Barclay analysts. Depositors did not complain much about the stagnant returns, and Banks performed exceptionally well.

The same patterns are expected to repeat as big banks have excess deposits and can afford to be miserly.

Bank of America Chief Executive officer Brian Moynihan stated that from 2015 to 2018, the Fed normalized rates, but the banks didn’t raise interest rates on deposits. The current hike is seen as another opportunity where banks will increase interest rates on borrowers but not on depositors. Interest rates on loans are quickly hiked, and post-crisis regulations will make banks hold more short-term loans, which are swiftly repriced to the higher interest rates. For example, banks have very few 30-year mortgages and instead focus on commercial and auto loans lasting just a few years. Short-term lending is on the rise, and banks are making a killing.

Nothing is certain
However, many investors worry that opening the floodgates into short-term markets might be a sign of unrest ahead. Banks, market funds, and other investors have put a trillion dollars in spare cash in reverse and repo markets overnight. The move has led many to speculate that tough times lie ahead. Many have attributed this overnight move to the Central Bank’s decision in June to increase the interest it pays to .05% from 0%.

Repos, or repurchase agreements, are the main market mechanism that moves cash from lenders to borrowers. The Federal Reserve uses repos to sway short-term interest rates. Banks had rushed to the Fed during the pandemic for repos.

Not many investors believe that the repo and reverse repo markets are under immediate threat of a breakdown on par with the 2008 crisis. However, current economic developments and the sensitivity of such policy changes have many portfolio managers on the edge. Traders report that repo is the no.1 market they track to measure short-term bond markets.

Increased rates don’t necessarily mean more profits as they can depress mortgage lending. The Fed’s take on the economy is just as significant as interest rates.

JP Morgan CEO Jamie Dimon remarked that the why is more important than the numbers.

A relief rally
Tech and financial stocks have been freefalling for the last quarter. The interest rate hike is expected to stimulate growth, at least with banks.

On May 24, the market rallied as stocks climbed and bonds declined after President Joe Biden signaled he was willing to reconsider China tariffs imposed during the Trump administration. Dimon even said that it is possible for the stormy clouds over the US economy to dissipate soon. The Euro climbed after European Bank Chief Christine Lagarde said higher interest rates are coming in July.

The rally on May 24 came as a respite to investors who lost day after day for months. Tech stocks like Apple and Microsoft jumped and JPMorgan stocks surged by 6.2%.

On Friday, S&P 500 was at 18.7% below its record closing high on January 3. It’s believed that if the benchmark index closed at 20% or below, it would be a confirmation of a bear market.

The markets gained, and there was less worry about inflation and the war in Ukraine. Chuck Carlson, Chief Executive Officer at Horizon Investment Services in Hammond, Indiana, said after the rally, that the market was less fearful about inflation and more confident about the Fed’s capacity to orchestrate a soft landing. He however added that the bias is still to the downside.

Fed’s release on Wednesday after its latest policy meeting will give economists and traders indicators of the coming weeks and whether peak inflation in March reduced consumer spending power.

Despite the market’s newfound optimism, Oliver Porsche, the Senior Vice President at Wealthspire Advisors, in New York said that it feels like a relief rally more than a fundamental change in investor sentiments. 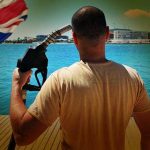 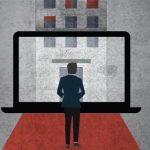 How to make hybrid work right

Reply Retweet Favorite
@elonmusk's & @Twitter saga > The critics of the #tech tycoon are wary about the access he gets to Twitter's datab… https://t.co/xVUtrCJOvl