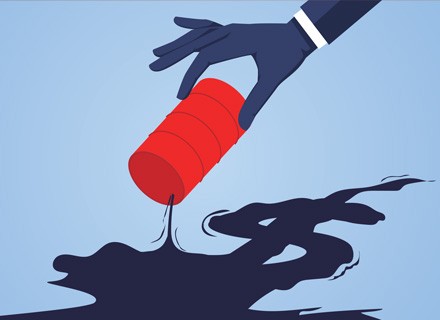 As the news regarding climate change becomes more and more alarming, we have also come to understand that humanity’s use of fossil fuels is severely damaging our environment. Fossil fuels cause local pollution where they are produced and used, and their ongoing use is causing lasting harm to the climate of our entire planet. Nonetheless, meaningfully changing our ways has been very difficult. In 2020, the Covid-19 pandemic brought trade, travel, and consumer spending to a near-standstill. With billions of people recently under stay-at-home orders and economic activity plunging worldwide, the demand for and price of oil have fallen further and faster than ever before.

This has made some experts ask the question if this crisis could be the push the world needs to move away from oil. One asked: “Could the coronavirus crisis be the beginning of the end for the oil industry?” Another: “Will the coronavirus kill the oil industry and help save the climate?” In 2020, the annual greenhouse gas emissions declined by 4-7 percent due to the world coming to a standstill and some of the world’s most polluted cities enjoyed clear skies. The idea that a pandemic could help ave the planet misses crucial points. Firstly, damaging the world economy s not the way to deal with climate change. When it comes to oil, we still need to find a suitable replacement. in terms of its availability and fitness for purpose. Although the supply is finite, oil is plentiful and the technology to extract it continues to improve, making it ever-more economic to produce and use. The same is also largely true for natural gas.

Having said all of that, climate change is very real and we are seeing its more clearly than ever. Fossil fuel usage has roughly doubled since 1980, however, in the present day, coal consumption is falling in many parts of the world. Oil and gas usage, on the other hand, is still growing. Data shows that despite alternative energy sources such as renewables have become cheaper comparatively, the share of fossil fuels in the world’s energy mix still remains high compared to a decade ago. According to a report by REN21, fossil fuels’ share in the global energy mix was 80.2 percent in 2019, compared to 80.3 percent in 2009. The report further revealed that renewable energy share in the energy mix has grown to 11.2 percent in 2019 from 8.7 percent in 2009.

In 2019, we witnessed 15 extreme weather events, primarily as a result of climate change and caused more than $1 billion in damage each. . Four of these events each caused more than $10 billion in damage. The large-scale use of fossil fuels tops the list of factors contributing to climate change. But the concentrated energy that they provide has proven hard to replace. Why?

Impact of Covid-19 on fossil fuels
The effect of the Covid-19 pandemic can still be felt and seen all over the world. Natural gas prices in Europe have soared by over 400 percent since the beginning of 2021. Electricity prices have also increased by over 250 percent during the same period. Meanwhile, in the US natural gas price has more than doubled. Natural gas is mostly used for electricity and to generate heat in the UK during the winter season. Furthermore, the price of coal in the US has soared by nearly 400 percent this year to reach $270 per ton. The crisis is as we understand is considerably worse in Europe. Electricity prices in the continent have soared significantly as well. Natural gas prices have surged as well to $30/mm Btu.

This is resulting in inflation which means prices for energy-intensive metals are also increasing. For example, prices of metals such as nickel, steel, silicon have increased due to the energy crisis. Besides metals, prices of fertilizers have ramped past 2008 record highs to nearly $1,000 a ton. It is noteworthy that the prices were around the $300 to $450/ton mark in the last couple of years. The price for copper too has increased to a record high of $4.50 per pound. Copper is an important metal and raw material for the solar or wind energy industry, which emphasis is growing day by day as and is seen as an important factor to tackle climate change.

In Britain, renewable power production this year was much lower than normal as a result of a windless summer. The region meets around 24 percent of its energy needs through the wind. However, due to low production this year, it means the UK has to rely on coal. Over the years, Britain has transitioned away from coal as an electricity source. Prime Minister Boris Johnson said that the UK remains committed to wind power generation. He went on to say that he wants the UK to become the ‘Saudi Arabia of wind power’ with offshore wind farms generating enough electricity to power every home in the UK in the next 10 years.

However, the landscape is pretty different in the present time. Soaring electricity prices is a matter of growing concern for politicians across Europe. The crunch in the gas market is forcing countries to revert to coal. This goes against Europe’s fight against climate change and the fact that the UK hosted the 2021 United Nations Climate Change Conference, more commonly referred to as COP26 at the SEC Centre in Glasgow.

In Asia, thermal coal prices also keep hitting record highs. In short, there isn’t enough coal to meet demand. Economies in the region are slowly resuming activities and are in the process of an economic revival, be it China, Malaysia or India. It has led to greater demand and is one of the primary causes of an emerging electricity crisis in China. Coal stockpiles are running low in India too, however, the government claimed there are enough stockpiles to keep the wheels running.

Since we are standing at a critical juncture of climate change, what we need is technology and strong policy to move in a new direction. Throughout history, humanity’s energy use has moved toward more concentrated, convenient, and flexible forms of energy. By understanding the advantages of current energy sources and the history of past transitions, it can help us understand how to move toward low-carbon energy sources. With a greater understanding of the climate challenge, we are making huge strides in developing the technology we need to move toward a low-carbon future. Still, understanding how we got here and why the modern world was built on fossil fuels is crucial to understanding where we go from here.

Bio-based energy system
Prior to the technological revolution, solar energy met all our needs. This balance between human energy use and sunlight sounds like a utopia, but as the human population grew and became more urban, the bio-based energy system brought problems. This is when fossil fuels opened new doors and options. First coal, then oil and natural gas allowed rapid growth in industrial processes, agriculture, and transportation. The world today is unrecognizable from that of the early 19th century before fossil fuels came into wide use. Along with this, human health and welfare have improved immensely, and the global population has increased from 1 billion in 1800 to almost 8 billion today. The fossil fuel energy system is the lifeblood of the modern economy. Fossil fuels powered the industrial revolution, pulled millions out of poverty, and shaped the modern world.

Greatest challenge to humanity
While fossil fuels helped us advance our technologies and society, the world slowly understood the huge disadvantages it comes with. Currently, we understand the devastating effects of Co2 has had on Earth. As a result of the release of these gases, along with the massive deforestation, burning fossil fuels is warming our planet faster than anything we have seen in the geological record. One of the greatest challenges facing humanity today is slowing this warming before it changes our world beyond recognition.

With eight billion of us present on the planet, the impact of Co2 is being clearly witnessed. But going back to the old ways and relying on biomass for our energy needs is clearly not a solution. But, we still have to find a solution to get back to reliance on real-time solar flows and perhaps nuclear energy to meet our needs. While there are a lot more of us now, compared to a century earlier, we are also a part of a vastly larger and more integrated global economy, and using much more energy. But we also have technologies today that are much more efficient than photosynthesis at transforming solar flows to useful energy.

Alternatively, wind turbines and solar photovoltaic (PV) cells convert solar energy flows into electricity, in a process much more efficient than burning biomass, the pre-industrial way of capturing solar energy. With rising demand, the cost for wind and solar PV have been dropping rapidly and they are now mainstream cost-effective technologies. Some existing forms of generating electricity, mainly nuclear and hydroelectricity, also don’t result in CO2 emissions. Bringing these together presents us with an opportunity to decarbonise or eliminate CO2 emissions from the electricity sector. Electricity generation is an important source of emissions, responsible for 27 percent of U.S. greenhouse gas emissions in 2018. 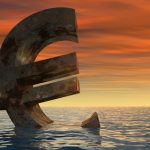 Impact of Covid-19 on the European Union Economy 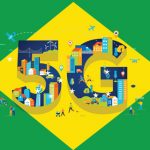 5G Could Become the Next Big Economic Driver in Brazil