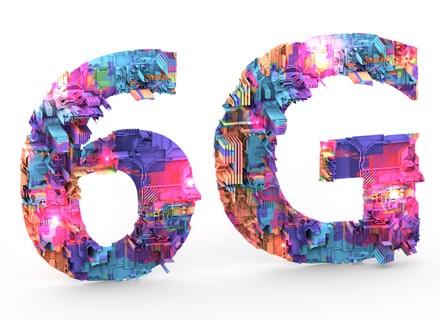 Huawei, ZTE and China Unicorn have already kickstarted the global race to 6G by setting up their own research units

A notable trend is observed in 5G as many countries from across the world have rolled out the technology over the last few months. Despite that, 5G technology has not reached many parts of the world yet — and the race for 6G has already begun.

Chinese tech giants such as Huawei, ZTE and China Unicorn have started research on 6G independently besides a research unit set up by the government. Last year, the US President Donald Trump tweeted that he would like to see 6G roll out in the US alongside 5G at the earliest possible. Even Japan has announced similar plans on this front, although it has lagged behind in 5G rollout compared to other world economies.

It is early to predict what 6G might turn out to be but experts believe that it will target speed of 1 terabyte per second. The idea of it might seem unrealistic at present, but in a fast-changing high paced technological landscape, 6G might be exactly what we need to break the speed barrier in years to come. Also, the launch of 6G will have a long way to go — and is expected to take place by the end of this decade, or even possibly in the next.

China is accelerating efforts in 6G
While 5G has soon become a reality — its benefits are yet to be seen. Against this background, Chinese mobile operators are expected to deploy more than 600,000 5G base stations by the end of the year. According to Lu Chuncong, deputy director of the Information and Communications Administration of the Ministry of Industry and Information Technology (MIIT), leading telecommunication companies such as China Mobile, China Unicorn and China Telecom have already built more than 250,000 5G base stations across the country.

In fact, shipments of 5G phones in the country are expected to exceed 180 million by the end of the year. Chuncong also highlighted that there are over 400 5G innovation applications in the country, covering sectors such as industry, transport and medical treatment. According to official data, the number of 5G subscribers in China currently exceeds 36 million.

The reason China is engaging in a full scale 5G deployment is to boost its digital economy. For example, China Mobile which is the world’s largest operator in terms of subscribers said that it added 29.17 million 5G subscribers in the first quarter of 2020. According to the operator, it had a total of 31.72 million 5G subscribers by the end of March, compared to a 2.55 million 5G customers at the end of last year. It is also aiming to acquire over 232,000 5G base stations in an effort to extend coverage to 28 regions across the country.

With a full scale deployment underway, China is now taking the lead in the next-generation technology. In another example, ZTE which is a major international provider of telecommunications, enterprise and consumer technology solutions signed a strategic cooperation agreement on 6G with China Unicorn. Under the terms of the agreement, both parties will share their data on 6G and jointly explore the development of the technology. It is also reported that Huawei has started research on 6G.

China’s Ministry of Science and Technology said in a statement that it will set up two working groups to carry out research on 6G. In theory, the first group will consist of relevant government departments who will be responsible for promoting 6G research and development in the country. The second group comprising 37 universities, research institutes and enterprises will lay out the technical aspects of 6G.

Although 6G is still a decade away, its research has already begun and is in its nascent stage. Vice Minister Wang Xi at the Ministry of Science and Technology said that the technical route for 6G remains unclear and further emphasised that the key indicators and application scenarios have not been standardised yet. Last year, Huawei’s chief executive Ren Zhengfei told the media that even though the company is working simultaneously on 5G and 6G, it is in its early phases and has a long way to go before commercialisation begins.

Key differentiators between 5G and 6G
To common knowledge, 5G would point to greater internet speed despite being the nerve centre of world economies. This means, 6G would only operate at an even greater speed and lower latency. Experts suggest that 6G will go beyond a wired network with devices acting as antennas using a decentralised network which will not be under the control of a single network operator.

In practice, if everything is connected through 5G — then 6G will set those connected devices free as higher data speeds and lower latency make instant device-to-device connection possible. In addition, experts believe that 6G will target speeds approximately 8,000 times the speed of 5G. So the question is — can 6G achieve that speed?

5G is expected to drive the technological innovation behind concepts such as autonomous cars, drones and smart cities. In the years to come, 6G could transform these concepts into a reality. While the concept of an autonomous car is still relatively new, companies are looking to capitalise on advanced concepts powered by 6G. NTT Docomo has explained the possibilities of 6G in cyberspace to support human thought and action in real-time using wearable technology and micro-devices mounted on the human body.

Who is working on 6G?
Although China has understood the importance of 6G — it is only a matter of time before major companies and governments begin their own projects on this front. Japan has joined the 6G bandwagon along with China. Earlier this year, Japan announced in a press conference that it seeks to lead standardisation efforts and examine potential challenges in 6G development and deployment.

In Finland, the 6G flagship research programme is backed by Nokia, the University of Oulu and other telecom as well as business bodies. Interestingly, a 6G summit was held last year to discuss the various implications of 6G. Both Samsung and LG have research centres in South Korea which is also conducting research on Terahertz band technology for 6G. It is reported that they are planning to make 6G 100 times faster than 4G LTE and 5 times faster than 5G networks.

That said, SK Telecom, Nokia and Ericsson are collaborating on a 6G research project. Last February, US President Donald Trump tweeted that he wants to deploy both 5G and 6G in the country as soon as possible.

Key enablers of 6G technology
While 5G has made us familiar to technologies such as Artificial Intelligence (AI) and Internet of things (IoT), 6G will be developed on the back of existing and new technologies.
Millimetre wave technologies: Millimeter wave, also known as millimeter band is the band of spectrum between 30 gigahertz and 300 gigahertz. Telecoms and research units across the globe are testing 5G wireless broadband technology on millimeter wave spectrum. Using millimetre-wave technologies opens up the possibility of having a wide channel bandwidth. With huge data speeds and bandwidths required for 6G, the millimetre wave technologies will be further developed, possibly extending into the TeraHertz region of the spectrum.

Massive MIMO: MIMO stands for Multiple-input multiple-output. This technology is a wireless network that allows transmitting and receiving of more than one data signal simultaneously over the same radio channel. Standard MIMO networks often use around three to four antennas, while massive MIMO makes use of a higher number of antennas, going up to thousands. In recent times, China’s ZTE has used massive MIMO technology with as many as 96 to 128 antennas. Although MIMO is being used in many applications such as LTE and Wi-Fi, the number of antennas is fairly limited. In the coming years, as research on 6G reaches advanced stages, massive MIMO technology is expected to play an important role in its implementation.

On-demand artificial intelligence: AI has huge potential and when it comes to the telecommunications landscape, it is bringing a radical change in an era of advanced digitisation and technological development. The low latency and high capacity of 5G will also allow AI processing to be distributed among the device, edge cloud and central cloud — enabling flexible system solutions for a variety of new and enhanced experiences. This wireless edge architecture is adaptable and allows appropriate tradeoffs to be made per use case. For example, performance and economic tradeoffs may help determine how to distribute workloads to reach the required latency or compute requirements for a particular application.
Bret Greenstein, senior vice president and global markets head for AI and analytics at Cognizant told Forbes that smart, AI-based devices that operate at the edge for buildings, cities and vehicles can make complex decisions in real-time based on the data they see.

Imagine a camera that can understand what it is seeing in real-time and decides what actions to take based on the images it sees. This whole system will fit on a chip in an image sensor that can be mounted almost anywhere. So, if all the decision making takes place in this smart edge device, why do we need 5G? Truth be told, each device only knows the data local to itself—images, sound, temperatures, etc. However, bringing in high speed data can give that AI-driven device more context. For instance, an image sensor in a car can use AI and detect a road hazard. And if it can communicate in high speed with low latency, it can share that data with other cars to help them avoid the hazard, or it can incorporate data from other cars to optimise a route to ensure on-time arrival, considering traffic and weather ahead across multiple routes. 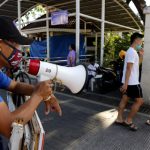 Is the Philippines prepared for the Covid-19 recession? 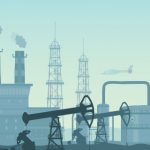 Why oil curb is getting worse for Africa