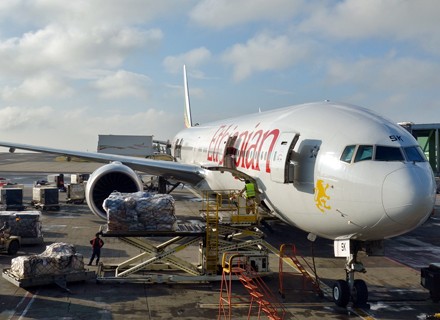 The global aviation industry is hit hardest in the last few months mired in the coronavirus pandemic. For real, thousands of airlines were forced to ground their flights and cancel operations as governments across countries introduced travel restrictions and sealed their borders to curb the spread of the infection. But the worst effect of these measures was mainly felt on airlines that demonstrated declining performance—even prior to the pandemic—and were forced to declare bankruptcy. For example, Virgin Australia, Flybe and Compass Airlines have either collapsed, entered administration or declared bankruptcy—but Ethiopian Airlines has a different story to tell.

Ethiopian Airlines caught everyone’s attention when chief executive Tewolde Gebremariam said that they are in talks with Mauritius and South Africa to revive the debt-ridden and struggling company.

It has gracefully survived the pandemic
Even though things are returning to normal, it will still take a considerable amount of time to return to pre-Covid levels. Global air passenger traffic will not return to pre-Covid levels until 2024, according to The International Air Transport Association (IATA). Also, the overall domestic passenger traffic was 86.5 percent less in June 2020 compared to the same period in 2019. More recently, IATA confirmed that the global airline industry had its worst quarterly financial performance in the second quarter of this year, extending the losses incurred during the first quarter of 2020. In June, both passenger and cargo demand continued to recover from the low point in April as countries ease lockdown measures. IATA published a report in June which observed that African airlines are forecast to lose around $2 billion in 2020.

IATA has been stretching the importance of bailout packages since the pandemic started. Many governments had in fact announced numerous bailout packages to help the aviation sector deal with the crisis. However, Ethiopian Airlines received no funds in the form of a bailout package. Some airlines have secured record bailouts from their governments, while those who haven’t are on the brink of collapse. Surprisingly, the carrier is making ends meet and is also paying all its overhead costs and fixed costs, in addition to every other financial commitment.

Interestingly, Ethiopian Airlines has not defaulted on any payment so far. It has also converted 25 of its 777s passenger aircraft to increase its cargo capacity. The carrier stripped out the passenger seats to give cargo capacity both above and below the wing. In April, despite losing around half a billion dollars to the pandemic, Ethiopian Airlines survived and stayed afloat through its cargo business alone until July. Now, as passenger demand gradually grows after restrictions were lifted, some of those 777s are being put back into its original form. The decision to rapidly pivot cargo has helped the carrier fight the pandemic during its peak. Ethiopian Airlines has also been busy working on repatriation flights and became the only airline to continue to fly to China while patient cases increased on the mainland. Since the outbreak, the airline has been a preferred choice for governments to transport passengers back home.

What makes Ethiopian Airlines stand out from its global peers?
Over the years, Ethiopian Airlines has established itself as Africa’s largest airline, with 19 million total seats in 2019. In 2018, the carrier was announced as the leading airline by passenger capacity operating in sub-Saharan Africa, overtaking the Emirates. It is also Africa’s leading airline financially. It is an impressive feat for the airline as many other big names in the continent are running in substantial losses for one reason or the other, notably South African Airways and Kenya Airlines. What’s impressive is despite Ethiopian’s financial success, the carrier is implementing a heavy cost reduction programme targeting between 10 percent and 20 percent savings each year.

The success of Ethiopian Airlines can be attributed to two factors. First: It is the airline’s clarity of vision and independence from the government in day-to-day operations. In fact, Ethiopian Airlines achieved its Vision 2025 targets in 2018 and is now working toward realising its Vision 2035. Despite being state-owned, Ethiopian Airlines has been operating its day-to-day business independently as a commercial entity, which was further supported by competent leadership and well-trained staff. To put things into perspective, we can say that the government is the owner of Ethiopian—but its business has been profoundly managed like any other corporation.

Second: Ethiopia’s geographical location has also contributed immensely to establish itself as an aviation hub connecting Africa with the Middle East, Asia and Europe. In recent times, Addis Ababa has become a hub, where it is able to attract and transfer much more traffic, particularly from Asia moving on to the American continents. Addis Ababa is also developing Africa’s largest airport. Ethiopian Airlines is spending an estimated $5 billion to develop the port which could possibly become Africa’s busiest airport capable of handling more passengers than the current busiest hub in Johannesburg, South Africa.

The decision comes at a time when its current base in Addis Ababa Bole International Airport is finding it difficult to manage the fast-growing capacity. Less than a decade ago, Bole handled fewer than a million passengers a year. But the success of Ehtiopian have contributed heavily to rise in passenger inflow at the airport. Notably, it rose to 7 million in 2014. Many reports suggest passenger numbers are expected to continue increasing by about 18 percent each year. The new airport will cover an area of 35 square kilometres. Reports suggest the airport will be developed in Bishoftu, a town 39 kilometres southeast of Addis Ababa, and will have the capacity to handle 100 million passengers a year. The construction of the new airport was expected to start during the second half of 2020. However, that decision was taken before the coronavirus pandemic plagued the global aviation industry.
The carrier has successfully completed a new passenger terminal at its hub Addis Ababa Bole International Airport. The new terminal, developed by Ethiopian, has check-in hall with 60 check-in counters, 30 self-check-in kiosks, 10 self-bag drop/SBD/, 16 immigration counters with more e-gate provisions, 16 central security screening areas for departing passengers are the new faces of the airport. Also, three new contact gates have been developed for wide-body aircraft and 10 new remote contact gates with people mover – travellator, escalator, and panoramic lifts. The new terminal has 32 arrival immigration counters with eight egate provisions. With regard to the new terminal, Mr. Tewolde GebreMariam, Group CEO of Ethiopian Airlines the Addis Ababa Bole International Airport has overtaken Dubai to become the largest gateway to Africa last year, and the new terminal will play a key role in cementing that position.

The financials of the carrier last year appear to be impressive. Last March, a Boeing 737 MAX 8 aircraft operated by Ethiopian crashed near the town of Bishoftu six minutes after takeoff, killing all 157 people aboard. The crash was the deadliest aircraft accident to ever occur in the country, surpassing the crash of an Ethiopian Air Force Antonov An-26 in 1982, which killed 73. Despite that, the carrier reported an operating profit of $260 million, with $4 billion operating revenues. The carrier’s net profit for the year stood at $189 million, which was $18 million less then the net profit earned in the previous year. Ethiopian Airlines is not another success story, but presents a unique example of how a state-owned organisation should be operated in the modern age. The carrier has demonstrated the right range of commitment, corporate mechanism and government support coupled with a high level of efficiency.

The profound success of Ethiopian Airlines is based on the fact that the Ethiopian government has provided deep protection to its own airline. For a foreign airline, it is extremely difficult to get landing rights in Addis Ababa. The government also strictly regulates and limits other carriers flying to other domestic locations within the country. It is worth pointing out that Ethiopian Airlines has invested heavily in modernising its fleet which is now the youngest on the continent. 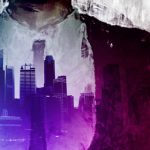 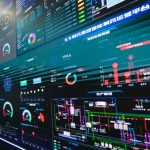