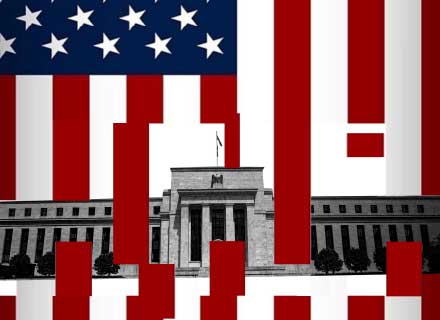 Inflation rate sends stock markets into tailspin as S&P 500 falls over 2% and Nasdaq down over 3.5%.

The ghost of Paul Volcker, a former Chair of the Federal Reserve of the United States, is haunting Washington, as the US Federal Reserve announced an aggressive 0.75 percentage point increase in interest rates to combat inflation.

Volcker became famous four decades ago, when the cost of living in the US was higher than the current 8.6%, as the central banker who was prepared to drive the world’s biggest economy into deep recession to squeeze inflation out of the system.

Now, Jerome Powell, the current chairman of the Federal Reserve, has unearthed his inner Volcker. Powell was adamant last year that the rising US inflation was a temporary phenomenon. He said just last month that a 0.75 point increase in official borrowing costs was not on the table.

Now it appears that a rattled Fed is attempting to catch up. The data indicated in a report on June 12 showed an unexpected 8.6% rise in annual inflation, which surprised Powell and his colleagues.

According to the latest Fed thinking, inflation is at risk of becoming embedded because demand is too high for a supply-side that has been damaged by the COVID pandemic and the Russia-Ukraine war.

The Fed’s shift in strategy has ramifications for both the United States and the rest of the world. Higher inflation is already having an impact on spending in the United States, as evidenced by a decline in retail sales.

The Fed’s action also puts pressure on other central banks to follow suit, many of which have been taken off guard by the strength and durability of inflation. Higher interest rates will strengthen the dollar, making debt repayment more expensive for countries that have borrowed substantially in US currency. A developing country’s debt crisis has moved a step closer.

Powell is attempting to orchestrate a gentle landing for the US economy by lowering annual inflation rates without causing a recession. However, this may be more difficult than he believes.

A recent report co-authored by former US Treasury Secretary Larry Summers suggested that Powell will need to take steps similar to that taken four decades ago.

“In order to return to 2% core consumer price inflation today, we need nearly the same five percentage points of disinflation that Volcker achieved,” the paper concludes.

The shock treatment administered by Volcker in the early 1980s resulted in official interest rates nudging 20% and the unemployment rate hitting a postwar high of 11%. The impact was particularly brutal on small towns in America’s industrial heartlands, which have never recovered.

Food, gas and shelter costs rise
According to the latest consumer price index (CPI) numbers, the cost of living grew by one percentage point in April. The increase was broad-based, with the indexes for shelter, gasoline, and food contributing the most.

Gas prices have been rising across the United States, with rates approaching USD 5 per gallon, up to USD 1.90 from a year earlier. The energy index increased 4%, while the gasoline index rose 5%, according to the CPI report. Other important component indexes increased as well. In May, the food index jumped by 2%, while the food at home index increased by 1%.

The May month rise was driven by sharp increases in energy costs, which rose 35% from a year earlier, and groceries, which jumped 12% on the year.

Food and energy prices are more volatile than other categories included in the CPI, and the labor department publishes a core prices index that excludes them. It rose 0.6% from April. The news sent stock markets into a tailspin. The S&P 500 and Dow indices fell over 2% and the tech-heavy Nasdaq was down over 4%.

Inflation fears have hurt US President Joe Biden’s poll scores, and his administration has tried to blame rising prices on Russia’s invasion of Ukraine. Food and energy prices have risen as a result of the war in Ukraine and the ongoing disruption to global trade caused by the coronavirus outbreak.

However, there were alarming signals that inflation was spreading. In comparison to a year ago, the cost of housing increased by 6%. Prices for used automobiles and trucks jumped 2% in May from April, bringing the year-to-date increase to 17%.

The annual increase in inflation was more than what the economists had predicted, rising from 8.3% in April. Inflation is now running at a rate last seen in December 1981. The Federal Reserve raised interest rates by 0.5 percentage points last month, the highest increase since 2000, and economists believe the Fed will continue to raise rates at a faster pace.

“What an ugly CPI print. Not only was it higher than expected on almost all fronts, pressures were clearly evident in the stickier parts of the market. The decline in inflation – whenever that finally happens – will be painfully slow. The Fed’s price stability resolve is going to be really tested now. Policy rate hikes will need to be relentlessly aggressive until inflation finally starts to fade, even if the economy is struggling,” Seema Shah, Chief Strategist at Principal Global Investors said.

Nonfarm payrolls increased by 390,000 jobs in May, the Labor Department said in its closely watched employment report. Data for April was revised higher to show payrolls rising by 436,000 jobs instead of 428,000 as previously estimated.

The report also showed solid wage gains last month, sketching a picture of an economy that continues to expand, although at a moderate pace. The Fed is trying to dampen labor demand to tame inflation, without driving the unemployment rate too high. The US central bank’s hawkish monetary posture and the accompanying tightening of financial conditions have left investors fearful of a recession next year.

Economists are split on whether the moderation in the pace of job growth is because of cooling labor demand or worker shortages. They urge investors to focus on the unemployment rate and wage growth to gauge the tightness of the jobs market. There were 11.4 million job openings at the end of April, with nearly two positions for every unemployed person.

Though the cries of a recession are growing louder, most economists believe the economic expansion will persist through next year. They acknowledged that high inflation was eroding consumers’ purchasing power and business investment, but argued that the economy’s fundamentals were strong and that any downturn would likely be mild.

The Fed’s move is its latest effort to quell inflation through tighter monetary policy. Investors had largely expected the Fed to raise its short-term benchmark rate by 0.75 percentage point.

Dorian Carrell, a fund manager at Schroders said that ultimately the guidance the Fed gives about the direction of interest rates is more important for markets than the size of the rate increase. Uncertainty about monetary policy has been a key driver of volatility this year, helping send the S&P 500 on Monday into bear-market territory, or a drop of at least 20% from a previous high.

Art Hogan, chief market strategist at National Securities said markets are pricing in a Fed that’s trying to get in front of the curve rather than behind the curve on inflation.

Charlie Ripley, Allianz Investment Management said that the Fed’s commitment to fighting the inflation battle more aggressively despite the potential aftermath of raising rates at such a rapid pace.

“Overall, Fed policy rates have been out of sync with the inflation story for some time and the aggressive hikes from the Fed should appease markets for the time being,” he added.

Technology stocks, which have been among the hardest-hit areas of the market this year, were among the biggest gainers. Microsoft, Nvidia, Amazon.com and Netflix each added about 3% or more.

Economically sensitive areas of the market also rose. Bank stocks, which had sold off on investor fears about a slowdown in growth, climbed with the KBW Nasdaq Bank Index up 2%.

Meanwhile, US government bonds rallied after sliding in recent weeks in a selloff that has pushed yields to their highest levels in more than a decade. The yield on 10-year Treasurys slipped to 4% from 5%. Yields, which fall as bond prices rise, help set rates for everything from mortgages to federal student loans to auto loans.

Elsewhere, European stocks and prices on peripheral government bonds in the eurozone jumped after the ECB held an ad hoc meeting Wednesday to discuss turbulence in the region’s bond markets.

The ECB outlined a plan to buy more bonds of weaker eurozone governments under an existing bond-purchase program. It tasked ECB staff with accelerating the design of a new instrument that would narrow differences in borrowing costs across the region, addressing financial imbalances that have long posed a problem to the currency union.

Willem Sels, chief investment officer at HSBC Private Banking and Wealth Management said that they wanted to make sure financing conditions don’t deteriorate too much. He said the meeting signaled that the ECB was ready to cushion markets earlier than investors had expected.

The Stoxx Europe 600 rose 1.4%, led by shares of banks and insurers. Shares of Italian banks, which own a substantial chunk of government bonds, had suffered as the debt fell in price. Intesa Sanpaolo and UniCredit were among the best performers in the European market. 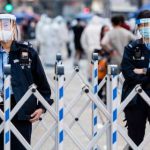 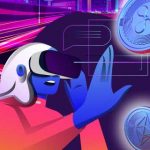