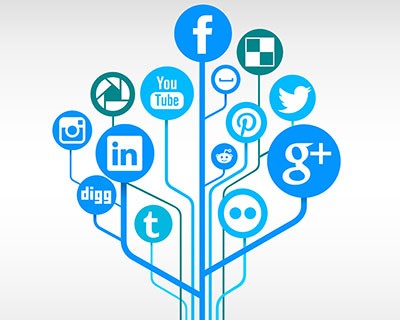 The rising progress in social media engagement has crafted a path brimming with new possibilities—and yet, poses a threat to those oblivious to its developments.

In the rapidly changing world of digital communication there are innovators, followers and laggards, the slowest of which run the risk of being completely left behind. For banks and other financial services the development of social media customer engagement has opened up a whole world of possibilities, but it also presents a threat to those which fail to suitably grasp this opportunity.

While many within the sector pride themselves on their investment in social media, how many are using it in an effective manner that really engages their stakeholders and ultimately contributes to the success of their business? There’s no doubt that the use of social media and other forms of digital engagement with customers has become common but, for some institutions, you really have to question the effectiveness of their approach in reaching out to their customers. While some of the bigger financial services brands are doing it well, there is evidence that smaller, disruptor companies are proving to be much more proficient at it.

As many financial institutions are learning, digital communication is not as simple as setting up a social media account, putting investing funds and posting some content that loosely represents a bank or a savings account. For these and indeed all organisations wishing to really engage with people (and ultimately generate a commercial benefit in doing so), a mere social media presence isn’t enough. Today’s audience is increasingly looking for actual substance behind the content being posted which demonstrates how an organisation is being socially aware and responsible. In developing their social media presence, banks and other financial institutions need to respond to these changing demographics if they want to remain relevant.

By next year, 50% of Americans will be millennials or generation Z’s—what Adam Petrick, global director of brand and marketing at sportswear company Puma, refers to as Generation Hustle. These are digitally sophisticated people who have little trust in governments or big corporates and tend to support brands that they believe are making the world a better place to live. This growing demographic will protect the reputation of brands they identify with and shun those which go against their values.

It is therefore increasingly important for all businesses, particularly those in sectors like financial services which have a direct bearing on people’s lives and the communities around them to ensure they are not only operating with strong values and a commitment to social responsibility, but also communicating this to their audience in a way that  is impactful.

In the world of banking, many of the bigger established corporate players are now facing a challenge from tech-infused organisations such as Monzo, Atoms, Vantiks and Pleos which have built their entire business model around the values of their customers and engage with them accordingly.

Looking at the success of the likes of Monzo, the emerging ‘smartphone’ bank, in how they interact with customers. The 51,000 tweets they have posted since opening for business have received 26,100 likes and an impressive 51% level of engagement. Compare this to RBS which has posted 71,500 tweets on their customer-support social channels with only 50 likes, less than one percent engagement. While these are entirely different businesses with different levels of complexity, these numbers certainly tell a story.

How then do financial institutions ensure their social media activity will hit the mark and be relevant as well as interesting and engaging?

Using great images as part of social media content is a good starting point. According to marketing software producers HubSpot, visual content is more than 40 times more than likely to get shared on social media than other types of content.

It’s important to personalise the stories that are told through social media. For financial services companies this could include highlighting how a customer overcame adversity, the role it played in supporting a business or individual and the impact this had on their lives and their local community.

Getting back to the point about reflecting an organisation’s values, it is important for financial services companies to take a stand on the issues that matter to their customers. This may spark fear in larger institutions concerned about alienating a wider customer base, but standing up for social justice can actually make good commercial sense: one of Bank of America’s most successful Instagram posts was in support of Pride Month.

To successfully engage with their customers and attract new ones, banks and other financial services businesses need to remember that social media needs to be just that: ‘social’. Using it as a platform that services those who spend the most money on it will ultimately fail. It should be used to promote how a brand’s values connect with those of their customers and reinforce the human side of the financial services sector which consumers increasingly want to see. 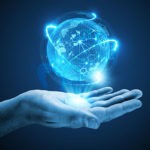