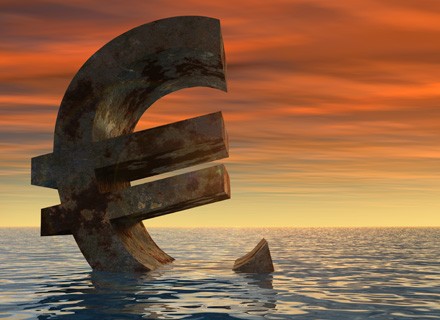 IMF predicted that the Eurozone public deficit reached a new high of 10.1% of GDP in 2020

The pandemic has bludgeoned the global economy heavily, especially the European Union (EU). While most nations struggle to get back on their feet, the EU’s road to economic recovery has been commendable.

The sheer intensity of the Covid-19 pandemic has a significant response in Europe and the Eurozone’s fiscal policy, both at national and international levels. Eurozone member states use fiscal measures to respond quickly and forcefully. Their responses aimed to minimise the danger of corporate failures and increased redundancies, paving the way for a rapid recovery from the crisis.

Government involvement has taken the form of various tools, including widespread usage of short-term labour programs, deferment of social security contributions for businesses, and state-guaranteed loans, among others. The fiscal budgets of member states deteriorated significantly in 2020 because of these initiatives.

According to the International Monetary Fund (IMF) predictions, the Eurozone public deficit reached a new high of 10.1 percent of gross domestic product (GDP) in 2020, with debt exceeding 100 percent of GDP (at 101.1 percent) for the first time. The European Central Bank’s (ECB) significant involvement in keeping the interest rates low reduced the dangers of these statistics.

Europe has managed to break some of its taboos throughout this crisis. Although far from ideal, the European Recovery Plan accord is a significant step forward. EU-wide borrowing funds the proposal, which mixes £360 billion in loans to member states with £390 billion in grants, something that was inconceivable. The Eurozone’s battle against the crisis is now no longer the duty of the ECB only; the union-wide fiscal policy is tackling it.

Implementing this recovery plan and targeting assistance to the most vulnerable nations could boost confidence and increase monetary policy efficacy. The rehabilitation strategy clearly defines priorities.

Member states’ recovery plans must enhance growth potential and employment while contributing to green and digital transformations to qualify for loans and grants from the European program. The plan’s proper execution will be difficult in the face of several points of contention, such as the European Union’s (EU) need to boost its own tax revenues to return the subsidies it has received.

All European countries appear to recognize the degradation of public finances. Government involvement was necessary to absorb part of the shock of Covid-19, and the EU will address the question of decreasing government deficits and indebtedness later. Member states have tightened their fiscal policies too soon in the past, notably in the aftermath of the sovereign debt crisis, hampering economic development. As a result, the European authorities’ measures to the current turmoil represent a clear positive shift in this regard.

Fiscal constraints have been eased, particularly those limiting government deficits to 3 percent of GDP and public debt to 60 percent of GDP. This enhanced adaptability has aided in combating the pandemic’s economic collapse.

The European Council, comprising the heads of state and government of the EU’s 27 countries, later agreed to further measures. Financial aid has been offered as loans from the EU to member states, primarily to help cover the rising use of short-term employment schemes.

Impact on the UK
The scale of the epidemic’s economic downturn is unmatched in contemporary history. Some estimates suggest a 9.8 percent fall in UK’s 2020 GDP, the biggest reduction since records began in 1948 and the largest in over 300 years.

During the first shutdown, the UK’s GDP was 25 percent lower in April 2020 than just two months before in February. Economic activity increased in the spring and summer of 2020, indicating the economy’s opening. This opening was followed by increased Covid-19 cases and more lockdowns in the autumn and winter, resulting in a drop in economic activity.

After a rapid recovery when the economy reopened, economic growth slowed in the summer of 2021. This slowdown was first attributed to the proliferation of the Delta strain and the resulting huge number of persons forced to self-isolate. The disruption of global supply networks, which has resulted in supply shortages of some items, is a more lasting problem. Many businesses are also having trouble finding qualified employees.

Inflation has increased in 2021, partly due to supply issues, and may continue doing so through 2022. Consumers may consequently become more cautious in their spending, slowing economic development. Another critical topic is how the conclusion of the furlough program in September 2021 would influence the labour market and, as a result, consumer spending.

Even assuming there will be no reappearance of the virus that will significantly impact the economy, there remains a tremendous amount of uncertainty about the economic outlook and how robust and sustainable the recovery will be.

The average projection for GDP growth in 2021 among economists as of September was 6.8 percent. There is a rise in expectations as statistics reveal a good rebound in the spring and early summer.

Impact on Germany
Germany’s GDP contracted by 1.8 percent from January to March in 2021, somewhat more than projected, compared to figures from the final quarter of 2020. Private consumption was most affected, with people spending 5.4 percent less on goods and services.

On the positive side, building investment increased by 1.1 percent. Imports of goods and services increased by 3.8 percent at the start of the year, while exports only increased by 1.8 percent. Germany’s GDP dropped by 3.4 percent from the same time in 2020. In the fourth quarter of 2019, the economy shrank by 5 percent compared to the previous year’s fourth quarter, before the Covid-19 outbreak.

Stringent lockdowns due to restrictions aimed at preventing the spread of Covid-19 led to the shuttering of businesses across Germany.
Although Germany did a good job handling the epidemic, the economic impact has been significant. The country’s aggressive public health response has resulted in Europe’s lowest death rates. Containment efforts, on the other hand, resulted in a significant dcline in company activity, particularly in contact-intensive industries.

Economic activity began to resume following the re-opening in late April, but a fresh wave of illnesses in the fall prompted yet another round of lockdowns. In all, the GDP shrank by more than 5 percent in 2020.

Impact on France
Last year, the Covid-19 pandemic reduced overall production by 8.3 percent, plunging the French economy into a severe recession. The statistics were marginally better than the 9 percent decline since France was spared a second Covid-19 shutdown in the latter half of the year. During the last three months of 2020, the French economy declined only by 1.3 percent.

On the other hand, the government predicted that the economy would contract by a considerably worse 11 percent this year. The French economy increased by 1.5 percent in 2019, placing it among Europe’s outstanding performers, although last year’s dip was the country’s worst since World War II.

France saw a significant increase in spending recovery, climbing to 80 percent after plunging by nearly 50 percent during the first lockdown — a recovery of +60 percent. The silver lining was that consumer expenditure rose the greatest of any country between the two shutdown periods. After initially falling to 50 percent of pre-pandemic levels, expenses increased by 80 percent between the first and second lockdowns.

Impact on Other EU Nations
The Covid-19 virus outbreak prompted many European nations to shut down large portions of their economy to combat the infection. These restrictions severely harmed the Italian economy. From March 9, 2020, through the end of May 2020, the entire country was under lockdown, with catastrophic results: Italy’s GDP decreased by 5.4 percent in the first quarter and 12.4 percent in the second. The major causes of GDP reduction were a drop in domestic demand and investment.

The national industrial output index fell by 17.5 percent in the second quarter, bringing production to an all-time low. However, despite being particularly heavily struck by the pandemic, Italy’s expenditure has improved, and it is now back to 70 percent of pre-pandemic levels — an astonishing 40 percent recovery.

In Spain, spending fell to 50 percent below average during the first lockout and then increased to 75 percent during the second lockdown, indicating a recovery of 50 percent.

Impact on Industries
Most manufacturing-based industries recovered relatively quickly in the third quarter of 2020, as there was gradual relaxation in the restrictions. As a result of various measures, such as recognizing “essential” sectors and creating green lanes to ensure cross-border transportation and supply chain functionality, economic recovery quickened.

However, there are significant disparities in performance not just between sectors but also within them. Large swathes of the digital business, as well as the healthcare industry, have succeeded well. Chemicals, construction, and the food and beverage industry may probably rebound in a V-shaped pattern.

Despite the early shocks, the automobile and textile sectors look to be on the mend since the lockdowns began. Industries that rely on human contact and connection — such as the cultural and creative industries and the aircraft sector (due to reduced mobility and tourism activities) — have taken a significant impact because of the crisis, and they are likely to continue to suffer longer.

According to sectoral and value chain evaluations, the pandemic functioned as a digitalization accelerator. The capacity of firms to adopt digital explains some varied patterns in the Covid-19 impacts. Streaming services, for example, have mostly benefited from the crisis in the creative industries. However, it has increased unemployment, which economies must handle.

Challenges Ahead
Europe confronted the pandemic with courage and inventiveness, and the countries across the region are now experiencing a robust but rocky economic recovery. It currently faces two policy challenges: inflation management and fiscal support reduction. While there is a great deal of uncertainty around inflation, central bankers have a lot of experience dealing with it and can use their powers rapidly and flexibly.

Unwinding the emergency expenditure measures that governments used to boost their economies, on the other hand, is a large and challenging undertaking. If policymakers make a mistake, they risk repeating the sluggish recovery that followed the 2008 global financial crisis.

Every quarter that goes by without attaining full employment adds to the difficulty of re-engaging people in the labor market. Emerging European economies are less concerned about the issue because they used less stimulus and had higher prospective growth rates. They would, however, see a drop in demand for their commodities from their advanced European rivals.

Changes in monetary policy would have little effect on the current drivers of inflation. Instead, fiscal policymakers would need to avoid inducing a wage-price spiral. Fortunately, in many modern European economies, where labor market slack remains large, the probability of such second-round impacts is low.

Policymakers may find themselves in a predicament comparable to the early phases of the global financial crisis more than a decade ago. There is a compelling case to be made for reducing extremely high budget deficits. However, this will need robust revenue growth and, as a result, increased activity, which larger transfers to families in need may aid.

There should be an increase in spending on recruiting incentives and investment tax credits. It will be difficult to get the timing of the fiscal support withdrawal quite right. To avoid undermining the recovery’s momentum, it appears that erring on the side of withdrawing too little fiscal support rather than too much is the wiser course of action, especially in economies with considerable budgetary headroom.

However, there remains uncertainty, partly because of the risk of new infection waves and virus variants amid uneven vaccination rates across countries. As a result, it is critical to boosting vaccination rates, particularly in growing European economies, and firmly support international initiatives to improve global vaccine availability. 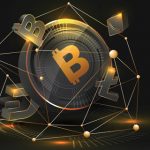 How Can Cryptocurrency Reshape the Global Economy? 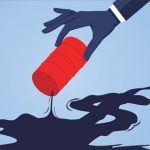 Can the global economy survive without fossil fuels?