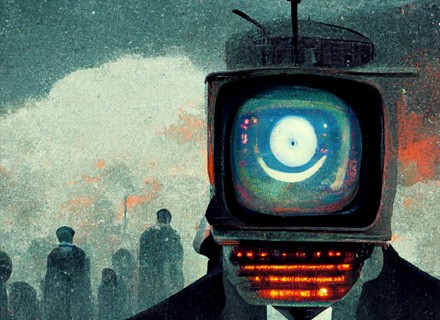 The US, China, Japan, Russia, and the EU are all trying to capitalize

In July 2015, humanoid robots and employees coexisted at a Kazo, Saitama Prefecture factory. Technological revolutions quickly shift the balance of power in the economy.

Virtual agreement exists that mastering emerging technologies is essential to winning the geopolitical competition of the twenty-first century. As Russian President Vladimir Putin warned, a leader in artificial intelligence (AI) “will become the ruler of the world.”

After that, a consensus quickly disintegrates. There is disagreement on which technologies are essential or how to “master” them. There is great excitement surrounding “innovation,” which has sparked a spate of government activity to support and encourage that creativity. But this might not be the best course of action. Entrepreneurs slogging away in garages and incubators with an idea in mind and hoping for an extensive initial public offering won’t produce success in the tech industry. Instead, governments should concentrate on integrating new technologies into all sectors of the economy. It’s not a sprint but a marathon.

Since the industrial revolution, innovation has been the primary engine of long-term economic growth. Increased productivity allows for the release of some resources and the creation of new applications for others. As a result, the value rises, generating wealth, and development follows.

In the past, emphasis was on creating those fresh concepts. That reflects both the availability of metrics that measure relative success rates and the Anglo-American orthodoxy that prioritizes markets over all other factors (i.e., that an individual’s or a specific business interest’s effort is more important than the society in which they operate) (R&D spending, in particular). In some nations, a potent “science lobby” supports this tendency.

The focus is on creating innovations. According to economist Michael Kitson at Cambridge University’s Judge Business School, the focus on creating innovations is erroneous. Instead, he contends that prioritizing the diffusion of innovation across the economy is a better strategy. As “innovation-using sectors” are much larger than “innovation-generating sectors,” creation diffusion has dramatically impacted economic growth since the industrial revolution. Or, to put it another way, execution is more important than invention.

One of the reasons for deception is that it takes time for new technologies to make an impact. A few inventors can foresee all possible applications for their ideas. We frequently utilize new technology to perform previously completed tasks using outdated methods. Revolutions happen when technologies are used well, sometimes in ways that weren’t previously possible.

Automobiles, for instance, revolutionized how we live because they freed people from the oppression of imposed transportation systems as they sped up travel. Moreover, because cars allowed people to travel wherever they wanted, they made the suburbs possible.

Because of their extraordinary potential impact, new technologies also pose a challenge to significant vested interests. As a result, the political clout of those interests or cultural barriers may prevent adoption (sometimes another expression of those economic interests).

An expert on AI and China, a professor at George Washington University, Jeffrey Ding, approaches this issue from a slightly different perspective. In a paper published in 2021, Ding argued that two opposing paradigms could account for innovation and its effects on the economy and world politics. States advance by dominating “critical technological innovations in new fast-growing industries,” claims the leading sector (LS) approach, which is the standard account (leading sectors). The nation that dominates innovation in these sectors rises to become the world’s most productive economy by taking advantage of a narrow window to monopolize profits in advanced industries.

General Purpose Technologies (GPT), which Ding claims are crucial and are “fundamental advances that can stimulate economic transformation,” present a challenge to the LS framework. GPT impacts economic productivity only after a “gradual and protracted process of diffusion into widespread use,” distinguished by its capacity for constant improvement, pervasive applicability throughout the economy, and synergies with complementary innovations. Consider GPT as an enabling technology for various concepts. The classic GPT includes automobiles, railroads, and electricity. The Internet, artificial intelligence, biotechnology, and nanotechnology are some examples of recent GPTs.

Ding examined three industrial revolutions using his theory. First, the industrial production of interchangeable parts, also known as the “American system of manufacturing,” was spurred by inventions in machine tools during the second period (1870–1914), which embodied the main GPT trajectory. Third, the US advantage in education and training systems also helped to standardize best practices in mechanical engineering and broaden the skill base. In the first decades of the 20th century, this served as the cornerstone for the United States rise to economic prominence on a global scale.

Ding also examined the third industrial revolution, or the development of computers and information, which took place in the final third of the 20th century. However, the dog, in this instance, didn’t bark. Despite all the concerns raised by Japan’s achievements, the geopolitical balance of power has not changed due to Japan’s “remarkable advances in electronic and information technology” or its “lead in technologically progressive industries, such as consumer electronics or semiconductors.” Instead, the United States spread new technology using its “superior ability to cultivate the computer engineering talent necessary to advance computerization,” protecting its economic hegemony.

Ulrike Schaede, a business professor at the University of California, San Diego, bolsters Ding’s theory. She emphasized the 2017 METI study, which revealed that Japanese companies dominated at least 478 global high-technology product markets in “The Business Reinvention of Japan” (out of 931 industries surveyed). She claimed in an email that these businesses are the best in Japan and “have all figured it out.”

However, not even those globally successful companies can propel the Japanese economy. The issue is that internal change resistance is extreme in many businesses. According to Schaede, “Japan’s tight culture (high consensus on what constitutes appropriate behavior and sanctioning of deviants) makes it difficult for reformers to push things through.” “Boycotting of change is common — as common as everywhere else, perhaps, but because it’s quiet and polite, it’s even more difficult to overcome.”

It is not dry academic prose or dry history. Call me traditional, but it seems crucial to comprehend how technological advancements can change the economic balance of power, especially when a transition appears to occur and geopolitical competition escalates. Ding’s theory of GPT diffusion questions accepted wisdom regarding how the power balance between the United States and China may change due to revolutionary technologies. His analysis, which focuses on the two nations’ capacity to implement AI across the economy rather than total R&D spending or notable scientific advances, concludes that the US advantage is more remarkable than anticipated.

However, the government bases most policies on the LS model, which is why innovation funds and entrepreneurship are popular. For instance, the Japanese government has released its new economic security law guidelines. In addition, it will use a $500 billion ($3.6 billion) fund to encourage the development of 20 cutting-edge technologies through public-private partnerships.

Moreover, a nation might waste those funds if its ability to adapt and modify general-purpose technologies across its entire economy over time determines its level of success. “The most important institutional factors may not be R&D infrastructure or training grounds for elite AI scientists,” Ding wrote, “but rather those which broaden the skill base in AI and enmesh AI designers in cross-cutting networks with entrepreneurs and scientists.” Education systems and technical associations are crucial for him.

Because they recognize that artificial intelligence (AI) is a fundamental technology that can improve competitiveness, boost productivity, safeguard national security, and help address societal challenges, many countries are vying to gain a global innovation advantage in AI. By looking at six categories of metrics—talent, research, development, adoption, data, and hardware—this report compares the relative positions of China, the European Union, and the United States in the AI economy. It concludes that the United States continues to lead in absolute terms despite China’s audacious AI initiative. The European Union comes further back than China, which comes in second. As China seems to be advancing more quickly than either the United States or the European Union, this ranking may change in the upcoming years. 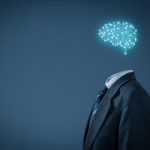 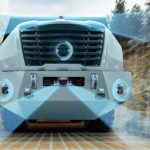 How robotics is changing the mining industry