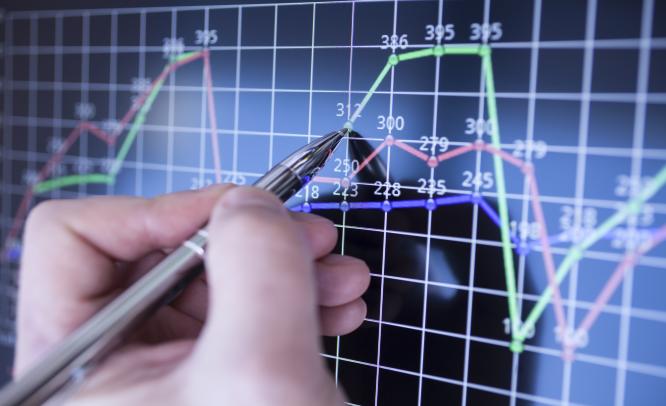 Their success is turning them into a source of competition for the conventional funds industry Camille Paldi September 22, 2015: More than 750 Islamic Investment Funds have been established around the world with assets under management (“AUM”) totaling approximately $60 billion compared to 70,000 conventional funds with AUM of $19trillion.  Currently, a wide variety of Shari’ah compliant asset classes are available for investment, including equity,...

Noripah Kamso, author of Investing in Islamic Funds, A Practitioner’s Guide, states that Islamic funds are no longer an alternative to conventional funds, but are now competing with conventional funds.  She points out that financial centres from Malaysia, Singapore, Hong Kong, Bahrain, Dubai, and London are leading the global Islamic Investment fund initiative.  This short article aims to provide a brief overview of the different types of Shari’ah compliant asset classes available for investment and give a snapshot of the global Islamic funds industry as according to Noripah Kamso’s book.

The oldest equity fund, the Al Ahli Group Trading Equity Fund, was first offered in 1995 by the National Commercial Bank of Saudi Arabia and now has an AUM of approximately $255 million (2012). Equity funds hold a market share of 46.9% among available Islamic funds, which is the largest available asset class of globally available Islamic funds. This is due to the easy availability of broad Shari’ah indices offered by Dow Jones Islamic Markets, Standard & Poor’s, FTSE, MSCI, and Russell. Islamic equity funds are widely available from onshore funds to offshore funds registered in Luxembourg, Ireland, and the Cayman Islands.  Oasis Crescent Global Equity Fund is available on the Irish Funds Platform and has approximately AUM of 151.4 million (2012).  The majority of the top 20 Islamic funds are based in Pakistan, Malaysia, Thailand, and South Africa.

The first sukuk funds were established in Malaysia in 1990 and were Ringgit-denominated. Global sukuk funds invest in sukuk that are denominated in an international currency like the dollar or the euro.  These are available on offshore funds platforms. Ernst and Young has predicted that the global sukuk market may reach $900 billion by 2019.  A comparison of sukuk performance, represented by the HSBC/DFIX USD Sukuk Index versus traditional bonds, represented by the Barclay’s Capital Aggregate Bond Index, shows that the relative performance of sukuk against conventional bonds is comparable over the past few years. It is still not possible for investors to invest in a global sukuk fund that is Undertakings for Collective Investment in Transferable Securities (UCITS) – compliant.

As of 2011, there were 13 Islamic Exchange-Traded Funds or ETFs with total AUM of $382 million compared to the global total of conventional ETFs at $1.25 trillion.  The largest contributor is the Malaysian based MY ETF with $197 million.  These 13 ETFs are listed in stock exchanges in the UK, France, Turkey, Singapore, India, Malaysia and South Africa. They are invested in the equity asset class on a global (developed and emerging markets), regional (Europe), and single country (India, South Africa, Japan, and Malaysia) basis.  The first US Islamic ETFs were listed in 2008.

Islamic money market funds are domestic-centric and only available in Malaysia and Saudi Arabia, i.e. Government Investment Certificates (GIC) issued by the Malaysian government. They comprise 22.2% of the assets under management of global Islamic funds.

Shari’ah compliant real estate investment trusts, or REITs, invest in real estate securities that sell like stocks and also invest in real estate based on Shari’ah guidelines.  Examples include the Sabana Shari’ah Compliant Industrial Real Estate Investment Trust, which is Singapore’s first Islamic REIT, listed in 2010 (oversubscribed 2.5 times) and with $833 million in total assets (2011).  Another famous example of a successful Shari’ah compliant REIT includes the Emirate REIT of Dubai Islamic Bank. Emirates REIT invests in residential and commercial properties in Dubai and its asset size grew to $68.3 million in 2011.

The purpose of private equity is to provide working capital to a target company to nurture expansion or new product development or to restructure the company’s operations, management, or ownership. Shari’ah private equity investing encourages direct ownership of real and productive businesses.  It follows certain guidelines regarding the permissibility of the business activities and means of financing.  Arcapita, a Bahrain-based private equity firm, acquired Caribou Coffee, one of the largest American specialty coffee chains through Islamic private equity. In addition, Investment Dar and Adeem Investment Company, Kuwait based companies, were involved in the acquisition of Ford’s Aston Martin based on Shari’ah compliant private equity participation.

Hedge funds were created to hedge (manage) risks against potential losses of investments due to uncertainty in the market. The basic Shari’ah principles do not allow the sale of goods without legal ownership of those goods. Also, the principles do not allow leveraging positions that are found in the structure of the hedge funds. However, based on certain Islamic contracts, it may be possible to structure a Shari’ah compliant hedge fund. However, this is debatable.  Shari’ah Capital, a US based firm, emerged as one of the leading companies to provide technologies and advisory services to Islamic hedge funds. In 2008, Shari’ah Capital and Barclays Capital launched Al Safi Trust Platform for hedge funds, in which Shari’ah Capital provides advisory service and Barclays Capital is the prime broker and custodian.

Lease funds invest exclusively in lease obligations. The funds have a fixed tenure and regular income like bond funds, but have shorter maturities. Shari’ah based ijarah funds must meet certain requirements. The asset used for leasing must be permissible under Shari’ah guidelines. The rental must be fixed and known to both the parties at the time of entering into the contract. Furthermore, the fund must hold all the responsibility following its ownership of the asset. The Ijarah fund uses the subscription amounts to buy assets like properties, vehicles, and machinery for the purpose of leasing.  The fund owns the assets and the lessees pay the rentals. These rentals form the regular income streams for the fund. The first such aircraft leasing contract took place between Emirates Airlines and Al Rajhi Banking and Investment Corporation raising $60 million through Ijarah.  Emirates Airlines outperforms all other airlines in the world.

Islamic funds are outperforming conventional funds on all indexes although they represent a smaller percentage of the available funds in the market. The Dow Jones Islamic Market World Index, the Dow Jones Islamic Market Europe Index, the Dow Jones Islamic Market Japan Index, and the Dow Jones Sukuk Index are all outperforming their conventional counterparts. Saudi Arabia currently has the largest Islamic fund assets under management (AUM) in the world at $19.9 billion. A total of 26 Islamic UCITS in Luxembourg and Ireland were first made available to international investors on global fund platforms in 2000.  However, the majority of the funds were launched from 2008 onwards and with managers from non-Muslim countries. Shari’ah Compliant UCITS funds that currently exist on these platforms were established by conventional global asset managers from non-Islamic countries: the US, Germany, the UK, France, Australia and Switzerland. In fact, over half of the investors in Shari’ah compliant funds are non-Muslim. Shari’ah compliant investing is operated by and for anyone. Islamic funds are no longer just an alternative, but a source of competition for the conventional funds industry. 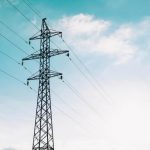 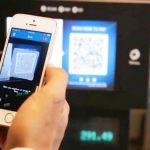 How should we interpret record performance on global stocks?The best performing Chinese #stocks were a mix of… https://t.co/40ZziWkT7Q