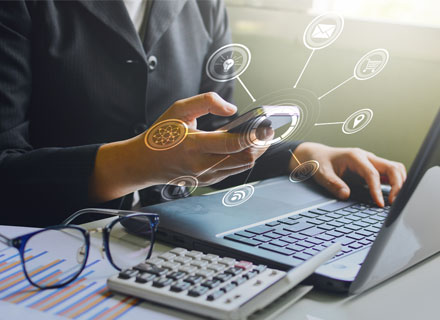 76% of the Indonesian population shops online every month

Until recently, it was the Western countries that have led the world banking industry when it comes to growth and innovation. But, in recent years, Asia is taking up the role and showing the world the importance of digital banking, and by showing game-changing growth and innovations in banking services. This not only reflects the role of Asian economies in global trade and economic growth but also the continent’s renewed leadership in technologies and new business models. This trend is especially accelerated by the Covid-19 pandemic. Keeping in mind all these factors, digital banking in Southeast Asia will expand significantly in the coming years.

It has also been observed that consumer use of digital banking in Indonesia has been accelerating in recent years, primarily due to innovation by banks and fintech companies in emerging markets. Indonesia’s population, akin to the majority of the population in Southeast Asia is young and increasingly urbanised. Therefore, we are seeing an improved economy, high smartphone penetration, but a lot of people are yet to have access to banking services. This makes the region perfect for digital banking penetration.

Currently, Indonesia is the world’s fastest-growing regional market for digital wallets, with usage forecast to increase by more than 300 per cent between 2020 and 2025. This has happened because of the massive growth of e-commerce in the region, which doubled in countries such as Thailand and Malaysia between 2019 and 2020. But, even then, neither of the countries could compare to Indonesia, which now tops the list when it comes to mobile e-commerce.

Even before the onset of the Covid-19 pandemic, 76 percent of all Indonesian internet users were shopping online every month. This figure is well above the world average of 55 percent, and two percent higher than China, a country that has long been regarded as the mobile payments capital of the world. With around 275 million population, Indonesia is the world’s fourth most populous country, almost of the same size as the United Kingdom, France, Germany and Italy combined.

Last year, Gojek, one of the most powerful digital wallets in Indonesia acquired a stake in Bank Jago. Gojek and Tokopedia own the GoPay wallet, and having a stake in the bank allow them to access more extensive financial services. The GoPay app lets users pay for rides, food, and other services. At present, GoJek users can open bank accounts through BankJago, allowing users to save, earn interest, manage their finances and potentially even apply for a loan.

In 2021, around 55 percent of respondents say they use cash for less than 30 percent of their weekly expenditures, and 80 percent of Indonesian survey respondents said that they expect to increase their use of mobile and online banking beyond the pandemic. The increased adoption of digital banking during the Covid-19 pandemic has brought new maturity, opportunities, and challenges for banks and non-banks alike. In order to stay relevant and stay ahead of customer expectations, it is imperative that incumbent banks think carefully about customer engagement, the role of branches and market position.

With the increased popularity of digital banking, Indonesian customers are cutting down on their visits to banks visits physically. Only 55 percent of survey respondents said that they visit a branch at least once a month, as compared to 81 percent in 2017. Seven out of ten banks bank customers are open to the idea of consulting with a banker via remote digital channels. The survey also found out that more than 60 percent of consumers are open to purchasing bank products through digital channels while only 20 percent have responded saying that they have purchased bank products online. In order to bridge the gap between customers’ interest and their actual behaviour, banks should make sure that their full range of services is easily accessible via their digital channels.

Going by the current trend, it looks like traditional banks risk losing a large market share to digital banking. 47 percent of survey respondents in Indonesia have pointed out that they are open to moving their accounts to a completely digital bank, with rich customers saying that they would trust digital-only service providers with more than 40 percent of their assets including direct banks or AI-enabled automated investment platforms. Keeping in mind all these disruptions, it’s important that traditional banks develop a compelling digital value proposition that goes beyond traditional requirements like speed, ease of use, convenience and security. 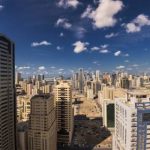 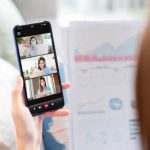