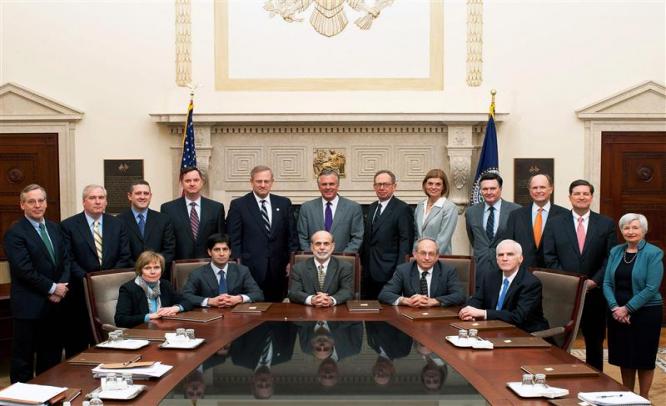 The July FOMC meeting minutes would give enough proof whether the Fed will go ahead with the tapering of Q.E 3 by September 2013. 22nd August 2013 If there is one topic discussed among currency strategists, bullion traders, bank chiefs, policy makers, money managers and other financial market participants it is the “Fed Tapering” which will have a huge impact on global markets. Recovery in...

The July FOMC meeting minutes would give enough proof whether the Fed will go ahead with the tapering of Q.E 3 by September 2013.

If there is one topic discussed among currency strategists, bullion traders, bank chiefs, policy makers, money managers and other financial market participants it is the “Fed Tapering” which will have a huge impact on global markets. Recovery in the Euro area, reduction in the number of U.S. applications for unemployment insurance payments, a jump in U.S. retail sales, a positive PMI and other economic data exceeding forecasts have prompted the Federal Open Market Committee (FOMC) to trim the pace of its bond purchases as early as September.

Eric Viloria, senior currency strategist for Gain Capital Group LLC in New York said “All the U.S. data that’s been coming out recently, leads back to Fed Tapering expectations and that’s really what driving the markets”.

The Federal Reserve is buying $ 85 billion of bonds every month indefinitely in an attempt to provide markets and the economy with monetary stimulus. The federal reserve is slated to announce its first reduction in the pace of its bond buying program (Q.E-3), launched by the central bank in 2012, in its upcoming FOMC meeting to be held on 18-19th of September.

Deutsche Bank economist Joe La Vorgna says market participants should be ready for two key events this week: the release of the minutes from the Federal Reserve’s July FOMC meeting on Wednesday and the release of the latest initial jobless claims data on Thursday. The July FOMC meeting minutes would give enough proof whether the Fed will go ahead with the tapering of Q.E 3 by September; the Bloomberg U.S. Dollar Index rebounded from a decline last week as jobless claims decreased to their lowest level since 2007 has also given enough indications that the Fed may stop its bond buying program. Fed Chairman Ben Bernanke might reduce the $ 85 billion of monthly bond purchases next month, according to 65 percent of economists surveyed by Bloomberg, as a first step the FOMC may taper monthly purchases by $ 10 billion to a $ 75 billion pace, the survey reported.

What is “Tapering” and why is it undertaken?

Tapering, is a term that exploded in the financial lexicon, when U.S. Federal Reserve Chairman Ben Bernanke stated in testimony before the Congress that the Fed may taper the bond  buying program known as quantitative easing in the coming months. The Fed or any Central Bank enacts quantitative easing by creating money and then buying bonds or financial assets from banks. The banks will have high liquidity and will be able to give loans for infrastructural projects, housing which will help the economy to grow and stabilise, this will also generate employment among different sectors and will give a much needed succour to the economy. These decisions are made by the Federal Open Market Committee (FOMC), which consists of seven members of board of governors, President of the Federal Reserve Bank of New York and four rotating members from the other eleven Reserve banks, this committee meets eight times in a year to discuss and direct the monetary policy; the FOMC specifies either a quantity of reserves to be purchased or sold or a specific change in the federal funds rate, the federal funds rate is the interest rate at which banks lend reserves to other banks.

The 2008 financial crisis prompted the Fed to stimulate the economy to create more jobs and enhance growth through its policy of quantitative easing starting from November 25th 2008 to June 2010. The program had less impact initially, so the Fed announced an expansion of the program from $ 600 billion to $ 1.25 Trillion on March 18, 2009. After the Q.E 2 ended, the Eurozone plunged into a debt crisis and growth plummeted, the Fed moved in with a second round of quantitative easing, known as Q.E 2 involving the purchase of $ 600 billion worth of short term bonds. The Q.E -2 sparked of a rally in the financial markets but did not lift the economy as a whole and induce sustainable growth.

On September 2012, the U.S. Federal Reserve launched its third round of quantitative easing, it also stated that it would keep interest rates on bonds at zero percent until there is a sustained recovery. The Fed adopted a plan to purchase $ 85 billion of fixed income securities per month ($ 40 billion of mortgage securities and $ 45 billion of government treasury bonds)

The Q.E 3 has so far consumed $ 3.59 Trillion from the Fed’s balance sheet, the unprecedented bond buying is aimed at combating unemployment and bolstering an economy that expanded by only 1.4 percent in the 12 months starting from June. There are arguments against the Fed’s Q.E as economists feel that central bank is buying the toxic assets of the banks and the banks may inflate their balance sheets by using the money they receive from the Fed rather than using it to increase their loan activity. The injection of money to the economy may also lead to the dollar becoming less competitive against other currencies and increasing the money supply may create high levels of inflation that cannot be contained. 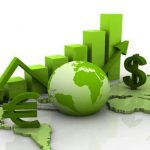 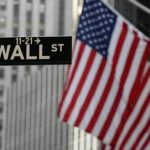