All Nippon Airways(ANA), which is one of Japan’s biggest carriers, has said that it will retire its fleet of Boeing 777s ahead of schedule, media reports said. ANA said that with the early retirement of its Boeing 777s, a greater number of long-haul flights would be operated by the Boeing 787 Dreamliner.

Currently, ANA has 50 Boeing 777s in its fleet out of which 12 are listed as parked. Last October, the carrier retired seven Boeing 777s. The carrier is looking to get its business back on track after weathering the Covid-19 crisis and has revealed that the core of its earnings for the fiscal year of 2021 would be made up of domestic operations.

Last year, it was reported that the Japanese government is mulling merging both All Nippon Airways (ANA) and Japan Airlines to help the carriers survive the Covid-19 crisis. The idea to merge both carriers has come from Heizo Takenaka, a former minister and advisor to Prime Minister Yoshihide Suga.

South Korean aviation giants Korean Air and Asiana announced a similar plan to merge their businesses in order to sustain their operations. Both ANA and Japan Airlines are in need of government aid to weather the Covid-19 storm, and hence a merger would make sense for the carriers. 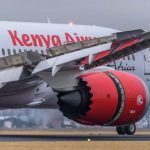 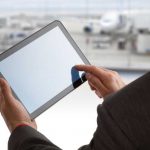