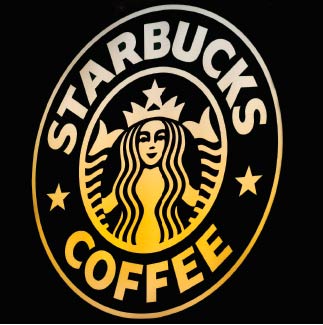 Testament to the second wave coffee Starbucks that originally brewed from Washington in 1971 has built a caffeinated dynasty under the master of American macchiato Howard Schultz, who aroused the taste for darkly roasted beans in the country, inspired from the works of the Milanese speciality.

Italy prides itself on a grand caffeine-induced history and is still remembered for archaic cafes. In the 16th century, Venice was marked as one of the first European ports in coffee bean imports and two centuries later, Italians met in the northern part of the country Turin to distinctively create coffee shops.

According to a coffee historian from the University of Hertfordshire Jonathan Morris as reported on Quartz Media, Italy’s celebrated coffee culture is owed to Milanese inventor Luigi Bezzera. In early 1900s, Bezzera conceived the recipe for espresso: by pouring pressured water onto a handful of ground coffee to produce a dense drink in the size of shooters. The name is derived from the preparation which is super quick.

Morris in his essay: A History of Espresso in Italy and the World fathoms how Italians took their coffee at home made from an electric coffee maker called moka pot engineered in 1933—and is now of great significance in Italy.

In 1983, espresso was willed into America by Howard Schultz during his first business trip to Milan, where the curious tale of Starbucks began. After exploring the espresso bars in the city “I started realising that this is a third place between home and work. But the beverage was the draw,” Schultz said. After all, espresso is a fancy among the high-class Americans with so-called tasteful palate.

Italy’s unspoken love for coffee and taste for quality is their culture, and soon became the Starbucks formula, which hugely altered the American coffee business that stirred “the feeling of uneasiness” in Italians like novelist Italo Calvino in 1959, who spent six months in the US and discovered an absurd rising trend in New York City.

This speaks of Schultz’s ingenuity. In fact, it’s compelling to know how Starbucks plans to sell its Italian-inspired American version of lattes and espressos’ in Milan for its first foray—where the original was made. “Now we’re going to try, with great humility and respect, to share what we’ve been doing and what we’ve learned through our first retail presence in Italy,” said Schultz.

The Starbucks coffee houses as we know today enjoy stardom in most parts of the world. They have been treated as the epitome of sophistication and high-quality taste. Yet. Italians dislike American-style coffee. This is because the country’s fresh attempts to recreate variants of Italian espresso and other beverages, is usually what the Italians consider dull and boring.

A regular at Caffè Talmone in Turin after moving to New York was disappointed by the marketing techniques the Americans drew to sell espresso. “You must choose from a long menu, in which every coffee is accompanied by its ingredients and sometimes a few historical notes,” he wrote. “‘Roman Espresso’: Italian coffee served in a glass with a lemon slice. ‘Caffè Borgia’: Italian coffee and milk foam covered in imported grated chocolate. ‘Cappuccino’: a preparation of hot milk and cinnamon is added to the espresso.”

So, the question is—can Starbucks really match the original beverages in taste and quality as other local coffee bars serve in Milan?

Starbucks has chosen a primitive structure on one of Milan’s grandiose squares. The company has zeroed in on a high-end address—former post office in Piazza Cordusio, near the Duomo, reported The Guardian. And it’s only a matter of time before critics jot reviews for or against the American chain.

For now, the American coffee bars pale in comparison to the ones in Italy hugely romanticised with artists, writers, readers, musicians, professors and others, who enliven the place through exchange of performances and conversations. In contrast, the Americans have sped up the make of espresso beyond necessity—where people dispose mannerisms true to the drink and not so eager to spend time at the cafe—as it should be.

There are plenty of reasons that might roughten chances for Starbucks in the face of its Milan peers. First: The price range is different in New York and Italy. In New York, the average cost for an espresso varies between $2 to $3 while the price of an espresso in Italy is between 78 cents to $1.23.

Second: the challenge for Starbucks is to reinvent Italy’s cafe culture. Back in 1960, referring to the New York cafes, an Italian regular wrote: “It seems to me that no mental task is more complex than erasing any memory of what Italy is, like these guys do.

“And then inventing an unreal Italy, which corresponds to what Americans expect it to be.”

Starbucks would have to compete with other bars on Piazza Cordusio serving coffee beverages for years on end. But the bright side of the Milan foray is—the coffee bar can serve contemporary Italians…American signature flavours that is new and enriching.

On a more welcoming note, Paolo Nadalet, the president of the Italian Espresso National Institute, said: “We are really happy that a large company like Starbucks is coming to Italy, because we think that the coffee it serves is not like an Italian espresso but is still coffee that tastes good.

“And Milan is the right place to start: it’s close to fashion and other Italian ways of living, and for us, coffee is a way to live. Starbucks is doing its own job with its own philosophy, but it’s still very close to our culture in ensuring that its consumers have good coffee in their cups.

“Big chains are using our coffee machines worldwide, so this could be a big moment for the Italian market. Foreign companies want to open in Italy and we have to let them.”

Four decades and 28,218 locations later, Starbucks is still popularised for its darkly roasted coffee you might like

Starbucks’ Evenings program used to sell wine and beer at some locations to attract customers. Have you been to one? 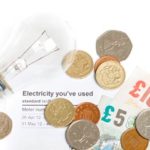 How will politics impact your energy bills in 2018? 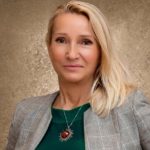