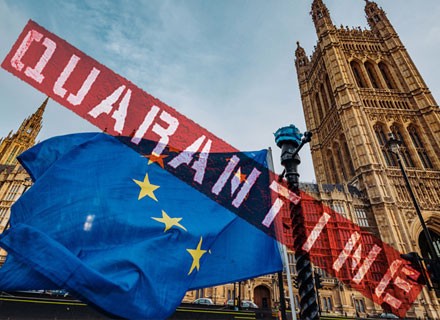 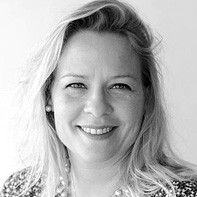 Despite contradicting comments, the UK is still expected to leave the EU on the 31st December 2020. The biggest political change in Europe has been delayed multiple times due to breakdowns in negotiations and domestic government changes in the UK.

Already meetings between the 100 person-heavy negotiating parties have been delayed due to ‘public health concerns’. Like many of us around the world negotiations will have to be managed via video conference. How can anyone possibly know when the next face-to-face negotiation will be able to even take place?

As things stand, if the 31st of December 2020 arrives and no mutually beneficial arrangement is reached then there will be no agreement on anything of strategic importance. This could further cripple the UK on top of the pandemic’s impact.

For instance, applying a no-deal scenario in today’s level of panic concerns many on how dangerous life outside of the EU might be should there be another major outbreak. Many are asking what kind of terms of access to future vaccines the UK will have. According to some experts, capacity to produce vaccines may not be sufficient and reliance on other countries may therefore result in a longer wait.

On the back of the pandemic, the overwhelming concern for the UK is what will happen to Brexit in case of further delay? What will this mean for its economy at large?

Rising uncertainty is a cause for concern
These extraordinary circumstances imply that following the current Brexit timetable is futile—and now the UK is in the transition period. The deadline can be extended but it must be agreed on by July 1.

Under the terms of the UK law an extension is impossible and perceived as undesirable. Currently, the UK government is resisting and neither side is able to have face-to-face interactions to agree on what will happen next. For 2020, the UK is a paid-up EU member and yet it has no say in matters related to the organisation. The current situation is frustrating not just for the UK, but for the conservative party who were overwhelmingly voted in on their promise of getting ‘Brexit done’.

Opposition leadership candidate Lisa Nandy believes moving on with Brexit under the current timetable would be dangerous, stating that “British companies who trade with the EU do not know what terms they’ll be trading on in 10 months’ time. Add to this the falling demand and disruption created by coronavirus and it is reasonable to expect many businesses will not survive.”

What Nandy points out is exactly the issue that businesses will face if Brexit is delayed again. Currently there is uncertainty because the terms of the deal are yet to be decided, on top of the uncertainty caused by the pandemic. Even prior to the outbreak a number of businesses were unable to commit to investment, employment and expansion decisions. And the current situation exacerbates this.

Uncertainty points to Brexit or full global collapse?
For many, the pandemic is signalling the end of globalisation. As many communities turn inward, as individual homes shut their doors and as businesses figure out how to pivot to meet local demands—some may conclude that the world will become smaller as a result of this global virus.

Prior to the pandemic many UK businesses were wondering how the transition process would affect them both financially and in terms of workers. They panicked about what it would mean for trade barriers, access to staff and transaction costs. And now the complications have become obvious. Many of the issues Leave Voters feared would happen with an EU divorce will be highlighted during this time of crisis.

But what is becoming more clear is that digital business models and services are beginning to form the backbone of the global economy as the physical realm is challenged. Furthermore, digital solutions to automate and increase efficiencies will become a necessity for many institutions to manage their costs from the fallout of the pandemic. Digital globalisation, if anything, will accelerate.

The mismatch of EU members
Currently members of the EU must be aligned in terms of their monetary policies. However, if one country makes a fiscal decision that is seen as non-competitive then it can be heavily fined. A case in point is the recent ruling by the EU that Italy must be fined €7.5 million after failing to recoup subsidies previously given to the failing Sicilian tourist sector.

Given the number of fiscal stimulus packages that are now being delivered across the bloc, despite the EU itself failing to offer one, in response to the outbreak, it will be interesting to see how closely the EU leaders in Brussels will be able to keep on top of the delicate financial balance that is required to manage such a union. Should they deem anything against the strict economic agenda then there will be serious consequences.

This will seem harsh given the EU has failed to offer a swift and comprehensive action plan when it comes to fighting the pandemic both financially and socially. The EU leaders have debated issuing Eurobonds. However, this brings its own issues by lumping individual countries’ debt such as Italy with Germany into one bond. An unpopular decision. Yet many analysts and leaders believe a lack of coordinated action will lead to a major economic downturn in the
trading-bloc.

Whatever is decided, it will certainly give anti-EU campaigners some strong rhetoric in the coming months and years and cause UK voters to push harder for Brexit, regardless of whether it reaches a no-deal.

Brexit is an irrevocable complication
Currently, there are two major sticking points in the ongoing negotiations: fisheries policy and the Level Playing Field.

The Common Fisheries Policy is a funny one to be causing so much upset. Economically it represents a very small sector, yet both the UK and the EU have put a disproportionate amount of political peacocking behind it. This makes it all the more difficult to resolve.

However, the UK is seeking a much looser arrangement. Should there be a delay, then the uncertainties for both the UK and the French fishing boats will continue. So, in the coming December 31 the UK will have either achieved a zero-tariff outcome with the EU, rather unrealistic in my view, versus applying the WTO rules—the default position in the absence of any specific trade agreement with the EU. This is something UK fishermen are desperate to avoid and will cause some major disruption.

The Level Playing Field issue is in regard to the access of the UK goods and services to the EU. Both sides loosely agree that there should be a free trade agreement in place. But the detailing and commitment toward this view is what is causing problems.

Bureaucracy-loving EU officials would like the UK to sign an agreement “underpinned by robust commitments to ensure a level playing field for open and fair competition, given the EU and the UK’s geographic proximity and economic independence.” This is so that no British business can be more competitive than its EU counterparts.

Arguably, signing up to the EU’s demands would defeat the point of Brexit—and if Brexit is further delayed then it is worth adding financial crisis to the existing issues.

Editor’s note: New developments in Brexit may have taken place since the time of writing this article 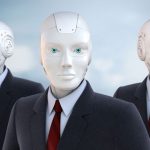 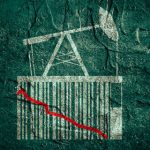