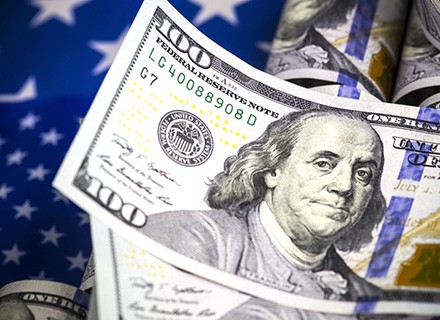 For those having loans from private banks, variable interest rates amid inflation will make the repayment tougher

On November 3, the US Federal Reserve raised its interest rates by 75 basis points to over 3.75-4.0%, the highest since 2008. A week later, the inflation rate came down to 7.7%, bringing cheer to the global market.

The central bank hinted about the possibilities of future rate hikes being kept in smaller margins, and in a rare occurrence this year, the dollar has gone down too.

However, any celebration would be premature here.

Understanding The US Inflation & Its Fallouts
Amid COVID, the CPI (Consumer Price Index, a key parameter in identifying inflation rate) started increasing in 2021 and reached 8.6% (highest since 1981) in October 2022.

This was the direct fallout of the US economic blueprints against COVID. Joe Biden introduced a USD 2.5 trillion stimulus program in 2021 and his predecessor Donald Trump too approved USD 900 billion worth of initiatives in 2020. All these resulted in prices going up.

The US Federal Reserve responded to it with rate hikes from the beginning of 2022, hurting the country even further.

Mortgage Mess
The average rate of 30-year-fixed home loans has now crossed the 7% mark, highest since 2008. Monthly payments of a median-priced home have already been over USD 600 since the start of 2022 and will rise further. All these have resulted in the house sales figures going down for more than six months. The National Association of Realtors is expecting home sales to fall by 9% in 2022 alone.

As per Realtor.com, the monthly payment on a median-priced home is now 78% higher for buyers, who are making a 20% down payment right now.

The latest mortgage application data shows a 1.9% decline. Applications to refinance climbed 5%, still down by a massive 86% from the same period in 2021.

As per LendingTree data, credit card rates are positioned at 22.19%. Customers carrying balances against their cards will have to deal with higher interests on their accounts. Total credit card loans are at USD 935.42 billion right now, up 16.1% year over year and 3.5% quarter over quarter. Delinquent credit card loans surged to USD 20.27 billion from USD 16.24 billion in the linked quarter, an increase of 2.2% from 1.8% in the second quarter.

Monthly average payment a second hand car is around USD 564. The same rate was at USD 546 in March. For a new car, the interest rate of a 60-month loan period has gone up to 5.6%.

Recently, Joe Biden’s government has proposed a new plan for students, under which the monthly repayment of interest will be capped at 5% of the loan holder’s income. The remaining balance will be written off in case the original loan amount is USD 12,000 or less. However, things look murky here.

As per a report from The Balance, in 2020-2021 alone, the average cost of studying at a public four-year university totalled USD 43,280 for out-of-state students. In private ones, the cost climbed to UDS 54,880.

As per the 2019-20 fourth quarter stats, 11.1% of student loan borrowers were 90 days or more delinquent or in default on their loans.

Another study from the American Association of University Women (AAUW) says that women own nearly two-thirds of student loan debt, totalling almost USD 929 billion. The 2019 income data cites that full-time women professionals are earning approximately 82% of that of men’s income.

According to the National Center for Education Statistics, 71% of Hispanic and African-American students go for federal loans, compared to their white counterparts. While they end up with higher debt by the time of their graduation, within the communities, if the same AAUW survey is to be believed, women carry more debt. On the broader scenario, 34% of overall American women and 57% of Black females are unable to meet their financial goals, due to the debt crisis.

For those having loans from private banks, variable interest rates amid inflation will make the repayment tougher.

The total debt has gone down to USD 1.57 trillion from USD 1.59 trillion in the 2022 second quarter. It’s the largest decline since 2002. Although its good news, the crisis is not over yet.

Problems Arise At The Pension Front Too
As per Investopedia, some 79% of all retirees in the United States claim ‘Social Security Benefits’. This benefit gets annually revised, along with the inflation index. Year-over-year changes to consumer price indexes are the key parameter here when it comes to calculating the Cost of Living Adjustments (COLA) under the Social Security programme.

However, ‘The Senior Citizens League’ data show that these pension programmes have lost one-third of their purchasing power after 2000.

Despite most of the pension plans being responsive to customers’ COLA requirements, matching inflation figures of over 7% looks a tough ask here. To make matters worse, corporate pensions don’t offer COLA. Retirees having non-Social Security income sources are suffering due to loss in purchasing power.

As per the National Association of State Retirement Administrators Retirees estimates, inflation of 1% is reducing the value of a USD 25,000 worth annual pension benefit to USD 20,488 after 20 years. In case of consumer prices going up by 2%, the benefit is coming down to USD 16,690.

Retirees such as former teachers, firefighters, and cops are the real sufferers here.

As per the US Census Bureau information, some 11.5 million people were getting income from state and local-level pension plans in 2020. Most of these schemes provide a COLA to their recipients. The non-COLA ones rely on state legislatures or any other executive body to decide on post-retirement benefits for former state employees. There are over 5000 such state and local-level pension schemes across the country and to provide COLA to their customers, they take the inflation rate and the programme funding into consideration.

As per a CNBC report, some five million state-level government workers don’t have Social Security in their current jobs. The Center for Retirement Research says that if these workers don’t have alternative income sources, fighting inflation will be hard for them.

Slow Manufacturing & Job Market Slowdown
In the first three months of 2022, GDP saw a contraction. Domestic manufacturing too slowed down to its worst pace in nearly two and a half years in 2022 October. As per the Institute for Supply Management (ISM) data, its Purchasing Managers Index fell to 50.2 in October from the September tally of 50.9, and both are the lowest readings since COVID’s advent.

The forward-looking new orders sub-index rose to 49.2 in October 2022, suggesting that domestic consumers are spending more. The measure of supplier deliveries fell to 46.8 recently, showing slower deliveries to factories amid falling demand.

Talking about job openings, the same ISM study shows 1.9 job openings for every unemployed individual currently, with the raw material prices falling in October, the first time in post-COVID era.

The US Department of Labour’s monthly survey said that in September 2022, job openings increased by 437,000 and brought the total tally to 10.7 million.

As per a Reuters survey, there are some 10 million vacancies in total right now. Out of these, hospitality services lead the tally with 215,000 job openings, followed by healthcare and social assistance (115,000), transportation, warehousing, and utilities (111,000).

However, not everything is rosy here. While vacancies decreased by 104,000 in wholesale trade, the finance and insurance industry has even lesser (83,000). Despite the job openings ratio increasing to 6.5% from 6.3% in August 2022, the overall hiring tally has come down to 6.1 million from 6.3 million around the same point in time.

Some 4.1 million workers quit their jobs in October. Wage growth has subsided too. As per data, average hourly earnings rose to 5% in 2021 and started its slowdown from there. The salary hikes are not keeping up with inflation.

The latest Labour Department data shows that the businesses hired at a brisk pace in 2022 November, amid the high inflation. Some 263,000 jobs were added, while the unemployment rate stayed 3.7%, still near a 53-year low.

The latest ISM Services PMI rose to 56.5 in November versus the 53.1 market forecast and 54.4 previous readings, whereas the factory orders also registered 1.0% growth compared to 0.7% expected and 0.3% prior.

However, analysts at Bank of America (BofA) think that the unemployment could climb in 2023.

US Rate Hike Affects Global Economy Too
With the dollar has been the strongest performing currency, investors are shifting their capital back into the US market with the hope of getting higher returns.

A strong dollar also means imports getting expensive, along with piling debt for countries.

As per a New York Times report, African countries are paying more for food, fuel, and medicine imports. Argentina, Egypt, and Kenya are closer to debt defaults, emerging markets are staring at a nosedive in foreign direct investments. While the euro is maintaining parity against the dollar, others are falling behind.

Indonesia saw public anger due to domestic fuel price hikes. Cafes have been shut down in Tunisia due to a shortage of subsidized sugar, coffee, flour, and eggs. Brazil, despite cutting fuel taxes and strengthening social welfare programmes, is struggling against soaring consumer goods prices.

Central banks in other leading economies have been raising interest rates throughout 2022 to bolster their currencies.

The aggressive fed rate hikes have been a decent solution against US’ domestic inflation till now, but it has taken a huge toll on the global economy in general. Henceforth, a balanced approach from the economic superpower is badly required here. 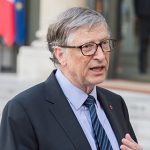 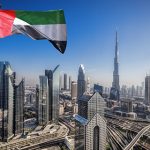