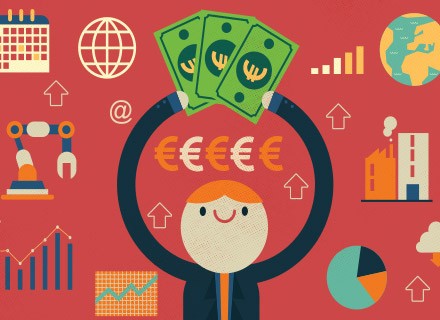 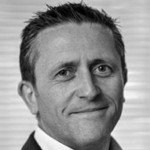 Growth businesses have never before had so many choices in terms of financing or investment options to scale up. In the decade since the global financial crash, a variety of attractive, alternative finance options have emerged, such as state-backed SME debt funds, challenger banks, as well as those that have taken advantage of the advances in technology, such and crowdfunding and peer-to-peer lending platforms.

However, the excitement and interest created by these more innovative platforms has meant that the rapid rise of more standard funding options, such as asset-based finance (ABF), has perhaps been overlooked. The pace of its recent growth and the scale of this form of lending is such that it probably still makes most important funding technique for SMEs seeking to scale up and achieve their growth ambitions.

The variety of different debt financing options available to high growth potential SMEs has grown significantly in recent years, as mainstream banks have lost their appetite for lending after the 2008 crash. In the UK, this has been further compounded by heightened tensions around Brexit, with the value of bank loans to SMEs falling by over half in the past year.

This is where alternative debt options have filled the vacuum – challenger banks and tech-based alternatives such as peer-to-peer lenders and crowdfunding, now all offer to SMEs solutions for their growth needs, without having to surrender equity or accept tough terms from financial institutions. Indeed, recent figures from the Cambridge Centre for Alternative Finance show that in the UK, the alternative debt funding sector grew by over 30 percent in 2017, to £6.2 billion, with 68 per cent of this total committed to business funding.

Challenger banks in recent years have been stepping into the so-called “business banking gap”, targeting the specific needs of the small business market overlooked by a number of the high street banks, such as flexibility with repayments and low interest rates.

Governments in a number of developed countries have been looking to challengers to drive greater competition in their business banking marketplace, with the likes of UK based Starling Bank and Metro Bank recently winning state-backed funding from RBS to support growth businesses.

In 2018, the Australian federal government issued restricted banking licences specifically for alternative lenders to support this same goal. Yet business loans do have their downsides – repayments clearly can impair cash flow in a small business, reducing options for growth for firms without the disposable working capital of a larger business

Peer-to-peer (P2P) and crowdfunding lending business models have proven increasingly popular in recent years across the world, simultaneously enabling SMEs to raise capital quickly at competitive rates without approaching a formal institution, while giving entrepreneurs an online platform they can use to communicate and solicit funds directly from potential future investors.

A recent report by Transparency Market Research (TMR) estimated that the global P2P market will experience a CAGR of 48.2 percent over 2016 to 2024 before reaching a valuation of close to $900 billion by 2024.

However, recent scrutiny in several markets, most recently the UK, recommending new disclosure requirements and risk management frameworks, could see lending on these platforms scaled back and have the potential to hit SMEs who have been relying on this form of finance.

Asset Based Finance (ABF), both asset-based lending and invoice factoring, is in many ways the reliable yet understated, and perhaps underappreciated sibling to the other forms of alternative finance now available to growth businesses, offering SMEs reliable access to working capital with limited risk. Yet, recent figures show that almost three quarters of UK SMEs are still not aware of their ability to secure funding based on their turnover rather than their credit score, stunting their potential growth.

This form of funding is expanding globally at unprecedented rates in both developed and developing markets across the world, with 2018 seeing a global ABF volume of lending against assets and invoices at approximately $3 trillion, translating to increases in the high single digits year-on-year. The drivers behind this growth are varied, but are not dissimilar from those pushing the more alternative forms of funding, most notably tighter banking covenants restricting SME lending in most countries worldwide.

Although the pace of growth of ABF varies regionally, with more established markets such as the US and Western Europe growing more slowly (albeit from a much higher baseline), there is a strong demand in emerging economies in Central and Eastern Europe (CEE), Africa, and Asia-Pacific for this highly flexible financing option, particularly as SME and growth companies continue to proliferate.

The United States is broadly accepted as the home of invoice factoring with the largest numbers – the Commercial Finance Association estimated the volume for factoring in 2018 to be $101 billion managed by around 900 factoring companies. The same report estimates asset based lending to be $465 billion. The five largest economies in Europe – UK, France, Germany, Italy and Spain – account for around two thirds of factoring volumes across the continent, and are all showing an upward trend driven by SMEs adopting ABF as a driver of growth.

With more than a fifth of the market share, the UK is the largest factoring market in Europe, but recent currency volatility has meant that in the last 18 months, as a percentage of European volumes, the UK’s market share has fallen slightly, and now France has almost caught up and is poised to overtake the UK market.

Nonetheless, the combined turnover of British SMEs using ABF, both invoice factoring and asset based lending, is now more than £300 billion – when put in context, these businesses account for over a third of UK GDP, with demand expected to continue, given mainstream’s banks reticence to lend and the hunger for growth apparently not daunted by current geopolitical events.

Looking east, the CEE region is driving growth in this financing sub-sector, supporting the region’s fast growing SME sector. Figures from the Polish Factors Association (PZF) show that its ABF market, primarily invoice factoring, is growing by nearly 20 percent year on year – for less established economies in the region, growth is at an even faster pace. Hungary’s factoring market saw a strong 58 percent expansion in 2018, while Romania’s invoice factoring market experienced a more moderate but nonetheless impressive growth of 14 percent.

It is now broadly accepted that the African continent has the potential to significantly boost its economic performance, and as such is a market primed for growth business – it is estimated that the continent’s formal SME sector has an annual financing gap of over US $136 billion, and of critical importance here is that SMEs account for 90 percent of all businesses in this vast region.

There has been a remarkable uplift in the growth of ABF in recent years, culminating in a nearly 50 percent increase in invoice factoring in the last three years, with indicators pointing to continued growth across the continent over the longer term. Although technological innovation is spreading amongst these countries, the pace of uptake is not matching the speed that small businesses need to expand – this is why ABF is proving such a useful tool in delivering much needed reliable working capital.

SME funding requirements, driven partly by the scarcity of traditional bank loans and other more mainstream funding sources, has led to high levels of innovation and a rapid pace of expansion in FinTech solutions to meet demand, as seen in the rise of challenger banks, P2P lenders, and crowdfunding platforms, among others. But it is ABF which continues to reliably deliver secure, low risk financing for SMEs and growth businesses worldwide, less exposed than its younger competitors. Furthermore, ABF management software functionality and transaction streamlining has rapidly evolved in recent years to match the more innovative funding sources. Platforms such as LendScape automate and streamline data capture, offer real time risk management, and provide insights and analytics into reporting.

This rapidly growing and critically important financing tool is continuing to grow across the world, despite challenges from newer, alternative forms of SME financing. In the UK, Europe, and North America, it delivers to small businesses the additional support required to grow and innovate.

For those countries with less sophisticated banking infrastructure, but with nonetheless hungry young businesses eagerly seeking to grow and become part of the rapidly globalising economy, ABF is an increasingly important financing tool. As further funding options become available, there will no doubt be challenges to its position, but ABF is well-placed to retain its prominent position and will continue to ensure that SMEs and growth businesses can access the funding they need.

Kevin Day began his career over 25 years ago at HPD as a software developer and has worked his way up the ranks holding positions as business analyst, product manager, product director, board member, and COO. 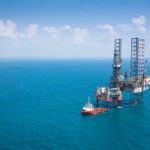 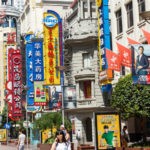