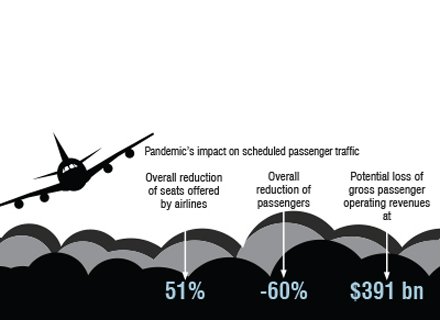 A challenging recovery is on the horizon, as ‘21 years of global passenger traffic growth’ has been wiped out in a span of few months

The ultimate case of the pandemic’s disaster is already well known—but the grim factors that disrupted global aviation in 2020 have caused a fright. Even so, a report that the International Air Transport Association (IATA) released last June shows the industry’s anticipated trajectory, that on average each day of 2020 will add losses of $230 million to the industry, marking the year to be the worst in the history of global aviation.

Thanks to the report that was released at the peak of the pandemic, a lot of factors were anticipated and revisited to protect the industry to a possible extent. According to the report, passengers numbers were expected to roughly halve to 2.25 billion, equivalent to 2016 figures. However, cargo capacity remained a bright spot for the industry—with countries showing high requirements of medical masks and sanitisers, among other bare necessities. Again, the industry was expected to record a loss of $84.3 billion for a net profit of more than -20 percent for 2020. Meanwhile, the revenue forecast was to fall 50 percent to $419 billion from $838 billion in 2019. These loss estimates were the reason why “government financial relief was and remains crucial as airlines burn through cash,” Alexandre de Juniac, IATA’s Director General and CEO, said in a statement.

Truth be told, even cargo had lost its momentum to certain degrees. The overall freight tonnes carried was expected to drop by 10.3 million tonnes to 51 million tonnes in comparison to 2019. An obvious shortage in cargo capacity as a result of unavailable belly cargo on passenger aircraft was expected to hike rates by 30 percent in 2020. Although the industry only represents a small percentage of OECD countries’ value-added revenue, strong ‘inter-industry’ links between upstream and downstream sectors make it an integral part of the economy. The industry contributes nearly 4 percent of the global GDP and supports more than 65 million jobs globally, according to KPMG. Only if last year was not mired in a crisis, then it would have recorded more than 40 million commercial flights in operation, with more than 4.7 billion passengers and 65 million tonnes of cargo.

Last April recorded the peak of the disruption. The period between April and August recorded a significant drop in passenger capacity.  The IATA observed that the passenger air transport measured as revenue passenger kilometre dropped 90 percent year-on-year last April and was still down 75 percent last August. Affected economic activity and freight was nearly 30 percent lower year-on-year last April and about 12 percent lower last August again. As it now stands, the change in passenger behaviour following the 2020 pandemic into the current year might lead to a dramatic decline in demand of airline services. Recently, Cirium released data in its new report titled Airline Insights Review 2020 found that the pandemic has ‘wiped out 21 years of global passenger traffic growth’ in a span of a few months, which essentially reduced traffic to levels last seen in 1999. 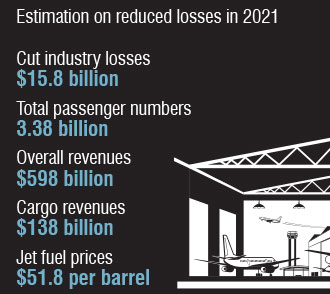 More specifically, on April 25, scheduled passenger flights had dropped to just 13,600 globally, compared to the year’s most active day on January 3. The comparison is quite interesting as it marks an extraordinary flight reduction of 86 percent—which is nothing more than an unprecedented crisis for the industry. The majority of scheduled flights flown last year have been domestic totalling to 13 million, with roughly 3.8 million flying internationally, due to closed borders. Figures of global passenger traffic show a plunge of more than 67 percent or two-thirds of the total, in comparison to 2019—coupled with the fact that Asia-Pacific handles more than two-thirds of the world passenger traffic.

An assessment into passenger behaviour

In another research, ScienceDirect in a detailed report provides interdisciplinary perspectives on the matter, pointing to four passenger-centric metrics that were ‘proposed and extracted from Twitter flow’. From the report, select metrics have been highlighted here to illustrate how each airline has demonstrated a different response to the Covid-19 restrictions on measures from passenger-data output, which was then assessed to improve the overall decision making process.

The first metric is motivation. In response to the pandemic’s restricted travel measures that impacted both domestic and international travel, Italy became the first country to enforce a national lockdown following an initial measure that was only confined to the Northern region of Lodi. Two days later, the US imposed a ban on non-US travellers who had visited China, Iran and 26 European Union member states to enter the US, and later extended to those who visited the UK and Ireland. The sequence of events formed the basis against the air transportation system which subsequently accelerated economic concerns. 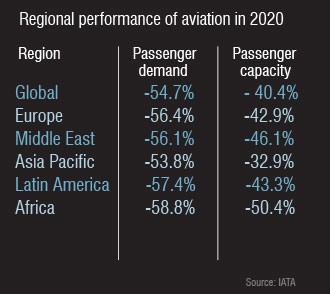 Second metric is the limitations of traditional approaches. An obvious explanation of that is travel restrictions taken by a majority of countries in the world, with an unprecedented impact on their air transportation systems. For the US air transportation system, the metrics used to measure were on the basis of amount of delay per flight; number of delayed flights; number of cancelled flights; and number of carried passengers. From the data presented, the number of daily domestic flights dropped by half in the second half of March 2020, and many flights were operated by airlines in fear that they would lose their slot—or worse, they had to keep flying routes to receive financial aid—which nearly caused them a nightmare.

Numerous studies show that passengers were disproportionately affected by reduction in flight capacity. This further highlights the difference between measuring flight delay and cancellations—and in the case of measuring actual passenger delay. A major US airline’s data shows that passengers, whose travel was affected by capacity reduction, were only 3 percent of the total passengers. However, they suffer 39 percent of the total passenger delay. This is a big factor to consider because integrating passenger behaviour into airlines’ decision making process was introduced as a concept within the broader Multimodal, Efficient Transportation in Airports and Collaborative Decision Making concept.

Third metric is passengers as sensors. Passenger-generated data can be very helpful in analysing the efficiency of the air transport system, thanks to the ubiquity of smartphones. A combination of real-time data from bluetooth and WiFi hotspots, paired with historical data, are used to analyse passenger behaviours, which panned out to be supportive in decision making for airlines in 2020.

Remedial measures in a post-pandemic setting

Governments, on their part, need to establish a balance between supporting the aviation industry and identifying ways to preserve competitiveness. This approach is especially relevant when considering firm-specific measures, observed the OECD report, because interventions can have ambiguous effects on industry competition. A failing effort to sustain smaller firms can easily beat competition, while rescuing them to grow can prevent that from taking place. In terms of financial aid, the OECD report has identified that equity injections into ailing firms can even disturb business dynamics. That said, the industry has already started to downsize, and it is important that governments enable this effort as opposed to counter it. Higher investments in cleaner aircrafts and fuel can essentially contribute to greater resilience for the aviation industry.

When the industry is compared to its position a quarter ago, there are degrees of progress taking place. Its recovery in various regional aviation markets portrays cautious optimism among governments, investors and regulators on future prospects. It is worth noting that mature markets such as China, India, Indonesia and the European Union are seeing slow signs of progress. In the post-pandemic setting, the industry needs to adopt certain measures and implement them to re-adapt to a somewhat new global environment.

For the industry to reimagine its future—it must refocus on the cost line, deploy advanced technology for better results, transform the operating model, share data with peers to maximise value and capitalise on the crisis to spawn innovation. After all, the pandemic has earned a reputation for paving the way for technological re-invention and innovation—and that is hoped for global aviation. 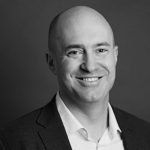 SMEs in the UK find relief in lending 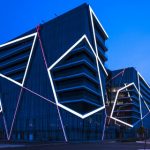 The quest to lead Islamic finance