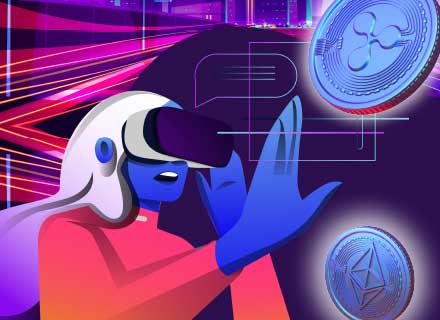 How to make profits in the age of crypto, NFT, and VR.

Every decade has its golden goose. In the 90s, it was Cisco systems. The tech company’s stocks boomed by an astounding 75,000% before the new millennium. It was wildly successful because it banked on the buildout of the internet- the market disruptor of its time.

Soon after, the cryptocurrency market led by Bitcoin made some investors wealthier beyond their wildest dreams. Then came NFTs and the digital art scene pioneered by Cyberpunk collectibles. There is always a new hype, a new cash cow, and the Metaverse is likely to be the next big disruptor. The money people will make on the virtual reality platform will make all the other gains that preceded it look like chump change.

The Metaverse has been receiving a lot of attention lately from the press. Everyone is hailing it for its innovativeness and glamor. There are stories of people buying virtual land, exhibiting their art, attending concerts, getting married, and even attending VR church. But what does this all mean, or is this empty hype?

The Metaverse, they say, is the future of the internet. It will undoubtedly be a pivotal part of the next phase of the internet- Web 3.0. It isn’t a new technology per se, but how modern technology like VR, crypto, and NFTs are combined to create a new world and user experience. The Metaverse is a programmed augmented reality where one can interact, trade, and build with users worldwide.

From FB to Meta
You might be fascinated by all these developments but still wondering how this will translate to wealth and appreciation. While Elon Musk, Jeff Bezos, Richard Branson, and other billionaires were trying to explore space and the planets in the solar system, Mark Zuckerberg had a peculiar idea. He changed his company name to Meta and made his billion-dollar product, Facebook, into a subsidiary.

Many thought it was a risky move to alter the name of the most extensive suite of social media platforms. But Zuckerberg realizes the potential of emerging technologies like virtual reality and artificial intelligence. He knows that the likelihood of humankind inhabiting Mars in the next 10-20 years is very low, but the chances of humanity occupying a simulated reality are much higher. The technology for the former is still not in sight and would be economically unfeasible in the short term.

Zuckerberg said, “I am not sure if I would want to go into space; I am much more interested in virtual reality, which would let anyone teleport anywhere in the world.”

When virtual realities become a thing, it would likely see Meta leading the way, and Meta stocks are likely to skyrocket.

Companies to keep an eye on
Another company trying to tap into the goldmine of virtual reality is Microsoft. It recently bought video game developers like Activision Blizzard (a company with more than 400 million monthly users). A powerful game developer could build a very user-friendly and addictive VR platform. Microsoft has positioned itself to profit from any advancements in virtual reality or the Metaverse. Investing in Microsoft stocks would therefore be a brilliant idea.

Other platforms that are exploring the possibilities include Unity Software which has a platform that lets developers make, run and profit on real-time content, including PCs, mobiles, and virtual reality. Nvidia, known for its graphics cards used in PCs, mobiles, and gaming consoles, is developing the technology behind Metaverse called the Omniverse. As per Marketwatch.com, the company already has an actual product and strategy more quickly monetized than other competitor products.

Roblox gained tremendously during the covid-19 lockdowns when much of the world was in turmoil. It was nicknamed “Pandemic Darling.” Most of the company’s revenue came from in-game currency sales called ‘Robux.’ Even if Robux stocks are cooling down now, it is best to monitor its growth as it is likely to bounce back.

And then there is Matterport Inc. Matterport offers a 3D data platform that lets you construct, market, and manage offices, hotels, shops, factories, and homes.

Matterport digitizes physical assets and translates the real world into a virtual world. It creates “digital twins” of the real world. The whole idea of the Metaverse is to create a virtual copy of the physical world that one can inhabit virtually.

Matterport has 6.2 million spaces under management which is 100x the size of the rest of the market. Matterport has a $240 billion worth of addressable market focused on such applications. The company is noteworthy for its partnership with Meta Platforms to make 1000 digital twins available for noncommercial, academic uses.

CEO RJ Pittman of Matterport said that the company’s secret is turning buildings into data and creating digital copies of real-world locations. He said it is the datafication of the real world. Matterport was at $14 in July 2021 and rose to $37 in December 2021. However, on January 21, 2022, it was worth $10.33. The selloff during this year’s market panic has been extreme. Matterport is a product worth a lot more than the current asking price.

The Metaverse is coming sooner or later, and Matterport will play a huge role in its architecture. It is still very early to enter now, and it is likely to grow 10x or even 100x and more.

In the next 20 years, virtual reality will come into existence. Humans are likely to spend most of their time on simulations using advanced VR headsets, trade using cryptocurrencies, and own digital and physical properties as NFTs. The pioneers in the Metaverse will make wealth from .coms and bitcoin seem insignificant. Would you be among them?

Other ways to capitalize on the Metaverse
Buying stocks in companies that help build the Metaverse or other virtual reality platforms isn’t the only way to make a killing. Blockchain and augmented reality technologies have opened up a whole new world with infinite possibilities. Here are a few long term investments that could make you a millionaire:

There is a race for land happening in the world today. Perhaps, comparable to the first time colonists came to settle in the Americas. However, the land in question now is virtual. People buy land as NFTs on blockchain-based games like My Neighbor Alice, Decentraland, Sandbox, and Metaverse. In December 2021, an anonymous NFT collector spent $450,000 to buy virtual land near the celebrity rapper Snoop Dogg’s house inside the Metaverse. The rapper is building his virtual world inside the Metaverse. The land could appreciate in the coming years, with speculators claiming it will be worth 100 times in the future. The land could be rented out later for a fixed income or even used as a venue for exhibitions and shows.

NFTs, or non-fungible tokens, have been talked about frequently in the financial markets lately. The NFT digital art Cryptopunks were given away for free in 2017. The most sought-after NFT in the 10,000-piece collectible is worth $23 million today. An entire generation of artists has joined the NFT movement. There are many exchanges like The Opensea where art is sold for cryptocurrencies and held in hopes it will appreciate later. NFTs have become a storehouse of wealth just like paintings of Davinci, Modigliani, or Van Gogh are today.

Playing video games was once considered a childish pastime. No longer is that the case, as many video games built on blockchain technology allow users to accrue some wealth. A new play-to-earn phenomenon enables players to earn through in-game cryptocurrency rewards and ownership of items, characters, and other in-game assets.

The story of Axie Infinity is one that was ever present during the Pandemic. Players in many countries like Vietnam, Bangladesh, and even Venezuela quit their jobs to play Axie Infinity, a play-to-earn game that could help players raise $1200 a month. It’s an amount that can afford a spectacular lifestyle in developing countries like these. During the Venezuelan economic crisis, such play-to-earn games were the primary source of income for some of the country’s youth. Other games include Splinterlands and industry-leader Crypto Kitties.

There are also other ways to make money, such as through prediction markets, fantasy sports, PVP multiplayer games, etc. 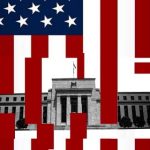 How rattled is the US Federal Reserve? 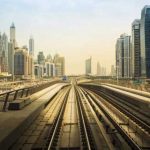