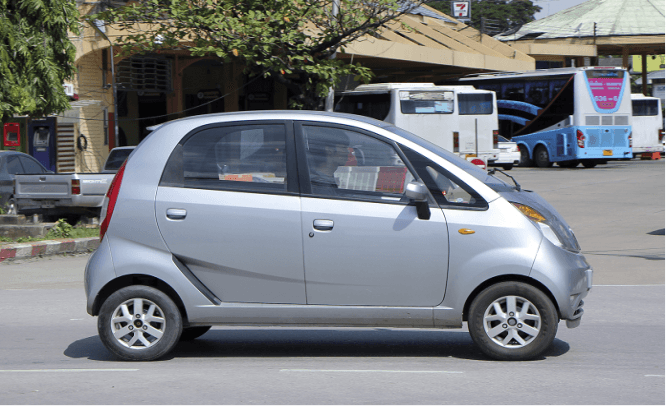 February 5, 2016: Kalaari Capital, a leading Indian venture capital firm, on February 5 launched Kstart, a seed programme for the next generation of entrepreneurs with disruptive ideas. Ratan Tata, veteran businessman and Tata Group Chairman Emeritus, has taken a mentor’s role with Kalaari Capital. He spoke to Kalaari Capital’s Managing Director Vani Kola about his journey so far. Excerpts from the interaction:

If you were 26 years old and decided to jump into the fray of entrepreneurship, what idea would you go after?

Some of us have ideas all the time. For me, for example, ideas come when I see something not working well. And I think that’s probably what most people do. You sit down and think of ways to make this work better or faster or less expensively. While some would leave that thought there itself, there are people who try and build an enterprise around that.

Would you be excited about how much scope your idea has or the difficulty of the problem it is solving?

I feel it could go either way. There would be a moment where you see a market opportunity, which probably dwells around a place that’s underserved and you build an idea around that. Sometimes these ideas work, but there are times when they don’t. I have lived 20-30 years in traditional industries where you need millions of dollars to do something, which will be a small improvement over what you have. But thanks to technology and other facilities, today you can put your idea to work in a much easier way; you can’t build another steel plant every year or develop a new process for producing cars overnight. But you can do that in the startup community that exists today. The short period of time that I have been involved in this segment, I have realised I am always on the learning curve. Many a time, I have felt that this idea probably will not work and I have been wrong. So I am constantly on a learning curve what young, intelligent people can do. Twenty-four years ago, it was not possible to be as prolific as one is today.
What would be the defining core principle on which you would form your company?

For me personally, and it does not necessarily have to be that way, I am always excited when an idea upon its fulfillment can improve lives of a certain segment. Just making money is not exciting for me. If my idea can change the way people live their lives, that is way more satisfactory than just earning returns. These are additionally exciting, not just making money.

If you were a startup, what would you look for in an investor?

An investor, in some ways, is like a talent scout in a music company. You have various musical groups who are doing their best to impress that talent scout. You can’t always put down everything in numbers. The scout intuitively feels that this group is really going to do well and there is no specific definition to it. One should look for investors who are excited about your venture the way you are about it. He should not only be able to risk his money but participate in the journey that has to be taken using his contacts, mentorship to make this work. It can’t be just plain numbers because there’s a lot of intuitive inputs that most of us don’t give much importance to.

What would be your answer to questions like: How much money to raise? How fast should I grow? Where do I balance growth and profitability?

There is no single size that fits all. The companies that I have looked at have grown at rates which I thought were not achievable. And the next question is whether this can be sustained as you can have high burn rates initially and then it may taper off and become Albatrosses around your neck. It’s exceedingly high for someone coming from conventional industries. It is difficult to comment because again one has to be humble. There are companies that do this and continue to be innovative, and there are others that fall and burn out much faster.

Would you create a brand for yourself as a CEO in a way that it is inseparable from the company?

See, I am a shy person. I would personally not like to build my own brand. Instead, I would rather build a corporate brand. This works for some people. While for others, this might not work.

If there is a great offer on the table, how will you decide if it’s time to sell your startup? Would you want to focus on building it? How do you make this choice?

The only way I can answer this is by giving you a living example. When I took over as the chairman of Tata Group, the media was rife with reports that ‘Tatas have so many companies and there is no focus’.

So I started to put together a plan of rationalising the group in smaller numbers of businesses, which meant getting rid of some of the businesses that didn’t align with the company’s goal. One such business was the toiletries business—Tata Oil Mills Company (TOMCO).

So I negotiated what I thought was a very dignified sale to Unilever, which gave the shareholders a very good stock to hold (that of Unilever). Unilever that time was the market leader. We had a standstill on getting rid of any employee for three years. I thought I had done a fabulous job.

But the next day, the media descended on me, the stock market descended on us. I had let down employees who were second or third generation. And with that, very quietly, my rationalisation plan disappeared. So I feel there’s no easy way to answer this question.

Any thoughts on how young startups should constitute their board of directors?

Successful companies go through great pains to communicate to their stakeholders. Nobody likes to wake up with surprises. Communications to all stakeholders, stockholders is the key. The world sees you the way you communicate with them.

If your startups is successful, how do you celebrate? Do you party?

As I said before, I am a shy person and not very comfortable partying. Basically, I don’t know how to party (laughs).

What is that one moment that you cherish?

The one moment that I had which would be my moment in the sun was the launch of the Nano —looking at the positive part of it. I used to spend my time in board meetings making caricatures of my fellow directors. Nano had its genesis at one such board meeting.

It was in Bengaluru and I saw an accident where a scooter had slipped and a family was lying on the street. It was raining that day. That led me to think about how to make a two-wheeler safer, which led to the concept of an affordable car for a family.

We launched the car at the auto expo in Delhi and that launch itself was a tremendous moment. I drove the car onto the stage, which turned out to be almost a disaster because as I drove out, I realised there were no lights. It was dark and hence I could not see where the stage ended and where the audience started. In those moments of apprehension, there was a creative glory because in the 100 odd years of the group, there wasn’t any one significant project or product that that elevated the group in terms of visibility than this one occasion. After that, both in terms of the special lady in West Bengal who made things change, etc, that was the long downhill slide. But that particular moment was a terrific moment for anybody’s inner feelings.

One thing you wished today that you had when you were younger?

When I was young working In Jamshedpur, I was full of ideas. I used to walk to my bosses and discussed my ideas with them. All I heard was: ‘don’t be so eager, you quietly do your job, we have the experience etc etc’. I yearn for an environment where one could be heard when one had an idea to share. Maybe, I did not know the right way to frame my questions, but I wish I could have communicated better. 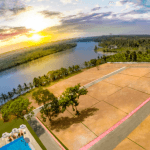 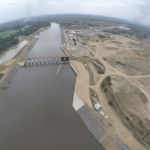