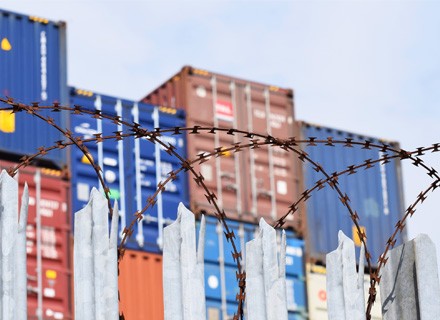 RCEP is considered extremely important because all the 16 countries negotiating the RCEP together account for a third of the world's GDP.

On November 15, 2020, 15 countries- including the Association of Southeast Asian Nations (ASEAN) and five regional partners — signed the Regional Comprehensive Economic Partnership (RCEP), arguably the most significant free trade agreement in history. RCEP and the Comprehensive and Progressive Agreement for Trans-Pacific Partnership (CPTPP), which concluded in 2018 and is also dominated by East Asian members, are the only major multilateral free trade agreements signed in the Trump era. So what is RCEP? To give a brief introduction, RCEP is a proposed agreement between the member states of the Association of Southeast Asian Nations (ASEAN) and its free trade agreement (FTA) partners. The pact covers trade in goods and services, intellectual property, etc. RCEP was introduced during the 19th Asean meet held in November 2011, and the negotiations for the same began during the 21st ASEAN Summit in Cambodia in November 2012.

RCEP is considered extremely important because all the 16 countries negotiating the RCEP together account for a third of the world’s gross domestic product (GDP) and almost half the world’s population, with the combined GDPs of China and India alone making up more than half of that. RCEP’s share of the world economy could account for half of the estimated $0.5 quadrillion global (GDP, PPP) by 2050. RCEP aims to create an integrated market in the participating countries, thereby making it easier for products and services of each of these countries to be available across this region. The negotiations will focus on trade in goods and services, investment, intellectual property, dispute settlement, e-commerce, small and medium enterprises, and economic cooperation.

RCEP is expected to connect around 30 percent of the world population and its output. And, if this gets the proper political context, RCEP is expected to generate significant gains. According to media reports, RCEP could add $209 billion annually to world incomes and $500 billion to world trade by 2030. Experts also estimate that RCEP and CPTPP together will offset global losses from the U.S.-China trade war, although not for China and the United States. Additionally, the new agreements will make the economies of North and Southeast Asia more efficient, linking their strengths in technology, manufacturing, agriculture, and natural resources.

Countries benefiting from the

RCEP agreement
As mentioned before, the effects of RCEP is quite impressive even though its agreement is not as rigorous as CPTTP. RCEP primarily incentivises supply chains across the concerned regions and caters to necessary political sensitivity. Its intellectual property rules add little to what many members have in place. The agreement says nothing about labour, the environment, or state-owned enterprises, all of the critical chapters covered in the CPTTP agreement. But, it has also been observed that ASEAN-centred trade agreements improve over time.

Talking about the agreement’s benefits, the Southeast Asia region will generate $19 billion annually by 2030. Still, it will be less than Northeast Asia because it already has free trade agreements with RCEP partners. RCEP is also expected to improve access to Chinese Belt and Road Initiative (BRI) funds, enhancing gains from market access by strengthening transport, energy, and communications links. RCEP’s favourable rules of origin will also attract foreign investment.

The geopolitical significance of RCEP
Everyone concerned with the subject knows and recognises the value of a significant, East Asian trade agreement. Even though the agreement is incorrectly labelled as ‘China-led’, it triumphs for the ASEAN middle-power diplomacy. Still, neither China nor Japan, both of which are the region’s largest economy, were politically accepted as the primary architects for the project. This issue was resolved way back in 2012 by an ASEAN-brokered deal that included India, Australia, and New Zealand members and put ASEAN in charge of negotiating the agreement. Without such “ASEAN centrality,” RCEP might never have been launched. Additionally, RCEP will also help China strengthen its relations with its neighbours, previously described as unusually slow, consensual, and flexible.

With accelerating trade relations between China and its neighbours, RCEP will also accelerate Northeast Asian economic integration. Regarding this, Japan’s ministry of foreign affairs noted that negotiations on the trilateral China-South Korea-Japan free trade agreement, which has been sitting idle for a long time, are expected to become active as soon as they can conclude the negotiation RCEP. Xi Jinping, in a high profile speech, in November 2020, promised to speed up negotiations on a China-EU investment treaty and a China-Japan-ROK [South Korea] free trade agreement.

Finally, RCEP and the CPTPP are decisive counterexamples to the global decline in rules-based trade. If it is observed that RCEP is spurring mutually beneficial growth, its members, including China, are expected to gain influence worldwide.

Objectives and scope of the RCEP agreement
The primary goal of the RCEP agreement is to establish a modern, comprehensive, high-quality and mutually beneficial economic partnership that will facilitate the expansion of regional trade and investment while contributing to global economic growth and development. The RCEP agreement is declared to work together and support an open, inclusive and rules-based multilateral trading system within the World Trade Agreement (WTO) framework. Hence, the objectives of RCEP are in line with the WTO rules.

Additionally, the RCEP agreement aims to complement the WTO and extend it to areas not covered or beyond its provisions. RCEP constitutes for sure a significant improvement and deepening of integration in the region compared to the prior system of ASEAN Plus One FTAs. The RCEP agreement also plans to strengthen states’ position within the global value chains and build more robust and deeper regional value chains. The agreement will also boost competitiveness between parties involved to drive overall productivity, the key to long-term competitiveness and economic growth.

It is also noteworthy that the RCEP trade agreement features a diverse group of countries at different levels of development, different levels of sophistication of firms, and varying sizes. Each signatory is significantly other in terms of economic need. RCEP agreement is said to be mutually beneficial to countries at a different level of development, thereby providing a much-needed level of flexibility and special provisions and treatment for Cambodia, Laos, Myanmar, and Vietnam and adding additional flexibility for the least developed states. Many experts worry it may create potential tension among the group itself for all these reasons.

Political extension of the RCEP agreement
The RCEP agreement was completed in 2021 and currently is open for accession by other states 18 months after its entry into force. As an original negotiating state, India could become an additional member thanks to its fast-track accession possibility, and this could introduce the original plan of ASEAN Plus Six. Currently, India has decided to opt-out of RCEP due to concerns over the potential of excessive imports, particularly from China within the scheme of the current agreement that could endanger domestic industry and agricultural sectors. Therefore, the Indian government’s entry would require extra safeguard measures and renegotiation of the terms by all parties involved. RCEP countries account for $25.8 trillion of global GDP with 30 percent of the world’s population.

The road ahead
Once the agreement comes into effect, RCEP will become the world’s largest regional trade agreement in terms of GDP and population. Given its expected impact on the world economy, the agreement extends beyond the typical FTA in trade in goods, including those in these in services and investments. Talking from a geopolitical perspective, RCEP constitutes the first case in which China enters a multilateral regional trade agreement. Due to its size, RCEP has the potential to create significant qualitative and quantitative effects regionally and globally both in the short and the long run. It is also expected to strengthen the economic position of the region as the main focus of economic activity spurring growth and playing a crucial role against the fight of the Covid-19 pandemic. This trade agreement also increases the likelihood of establishing the world’s largest regional value chain with the growing role of intra-regional economic activity.

Experts have also mentioned that the cultural, social, economic, and political heterogeneity of the block might pose a challenge to its functioning, and the progress of the deal will likely depend on the balance of costs and benefits for all participating states. Realizing the potential benefits of this mega-regional FTA will crucially depend on addressing the major challenges in particular divergent political and economic interests of this diverse group. It is also important to look at RCEP from a broader perspective. Over several decades, the global trade will likely develop into a system of several large RIA’s or mega-regional trade agreements with a significant role in the global trading systems. 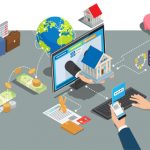 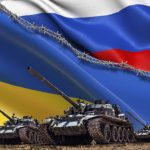