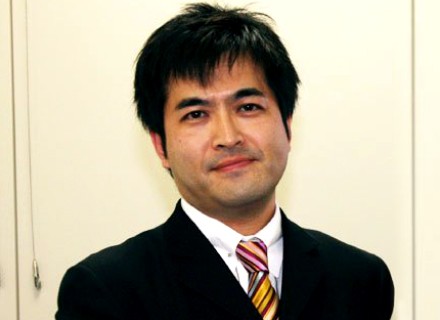 Founded in 2001, ZMP is a Japanese robotics company, and it is based on the researched results that encourage the Kitano Symbiotic System project, and it is under the jurisdiction of Japan’s MEXT. Their first product, the humanoid robot PINO debuted in 2001. ZMP also released the humanoid robot Nuvo in 2005 along with the music robot Miuro in 2006. In 2009, the company released Robo Car, targeting the next generation.

In 2008, ZMP and 3 other Japanese robot companies teamed up to promote the diffusion of robotic technologies in everyday life. Titled, Association for Market Creation of the Future Generation Robots’, it gained a lot of attention in the Japanese robotics market. In 2015, Sony and ZMP teamed up to form a joint venture called Aerosense which was used to create commercial drones for the survey and inspection of difficult to access areas. Following that, Aerosense also released videos of two prototypes. ZMP started selling its products in 2016, and at present, more than 300 Japanese companies have ZMP products installed.

In an exclusive interview with International Finance Magazine, ZMP Chief Executive Officer Hisashi Taniguchi discusses the history of the company, Japan’s Robotics industry, the company’s product and services, and the vision for the company among other things.

IFM: Can you tell us a bit about the Robotics market in Japan? What are some of the changes we can expect to witness in the coming years?
Hisashi Taniguchi: In the last few years, logistics robots in factories and warehouses have started to spread rapidly. In addition to manpower saving due to the shortage of labour, the recent pandemic has also accelerated this. There are only a few domestic companies with some experience in this field, on the other hand, cheap imports from China and India are increasing.

In the future, users will be looking for solutions that can be installed on a full scale, have the reliability to operate stably and automate entire factories and warehouses. This will require not just a single robot, but a holistic solution that works together with a variety of IT systems and external devices, such as our Robo-Hi.

Can you tell us about ZMP’s logistics support robot CarriRo series?
We started selling the product in 2016 and have installed it in a total of 300 companies. We offer three main types of robots to cover all logistics in factories and warehouses.

The second type is the unmanned forklift, a walkie type and a reach type.

The third type is the automatic towing of 1.5, 5 and 25 tonne cargo trolleys between factories, warehouses and other buildings, both outdoors and indoors.

How can robotics reshape the logistics sector in the future? How can robots improve the supply chain?
Until now in the logistics industry IT systems have been split up into separate systems such as inventory management systems (WMS), picking systems and berth management systems for managing trucks. Conventional external control devices such as PLCs and RFID have also been added as required, but all independently.

What are some of the challenges the robotics market will have to overcome in the near future?
At present, most of the products are offered to large companies that have the financial resources and skills to introduce new products.
Therefore, it is important to greatly improve the ease of use and reduce the cost through further mass production so that even SMEs can easily and cheaply introduce the system.

Can you tell us a bit about the ‘CarriRo Connecting Partners’ programme?
This is a duplicate of the answer to question 3, but we currently have nearly 20 companies participating.
We would like to increase this number to over 100 to provide solutions and support throughout the country. We are also planning to establish a similar network overseas.

The demand for autonomous delivery robots is on the rise and has picked up since the pandemic.

What is the potential for your Delivery robot DeliRo? How do you see this segment expanding?
The pandemic has increased the demand for non-contact services internationally. The Japanese government is concerned by the fact that Europe, the United States and China have already deregulated their services. They are about to lift the ban on the use of remotely monitored delivery robots on public roads.

ZMP has been conducting ongoing demonstration tests with Japan Post since 2017. ZMP has also partnered with ENEOS since 2020 to conduct a food delivery last mile demonstration to turn gas stations across Japan into robot stations.

We have also received many enquiries from service players in other industries, and we are confident that 2022 will be the year of delivery robot services in Japan.

What is your vision for the company going forward? Where do you see ZMP in the next 10 years?
Since last year, our vision is to “robots into social infrastructure”. We are laying out RoboMap, a map for automated driving, as infrastructure not only in warehouses and factories, but also throughout the city, including the roads we travel on.

ZMP has teamed up with a leading urban design company to create a nationwide infrastructure called RoboTown.

ZMP is also providing RoboMap and Robo-Hi as infrastructure for condominiums, office buildings, shopping centres and other commercial buildings, train stations, hotels, schools and hospitals that are currently under construction or that will be under construction in 2023.
In 2023 and beyond, buildings will have multiple robots passing through security gates, getting in and out of lifts, delivering packages to each floor and cleaning. We want to take Japan’s achievements to the world.

How has Covid-19 impacted your business as well as the market? What is the outlook for the robotics market in the next five years?
Sales of autonomous driving development support solutions for the automotive industry, which require visits to test courses and companies, fell sharply when these were banned, but began to recover in autumn after the emergency declaration. We expect demand for autonomous driving of EV buses and EV trucks to increase as society becomes more carbon-neutral in the future.
We expect demand to increase.

CarriRo, RakuRo, DeliRo and PATORO are growing on the back of labour shortages and the rise of contactless services, and we expect them to grow impressively from next year onwards as a result of deregulation. 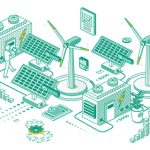 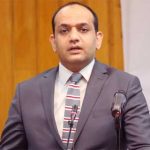