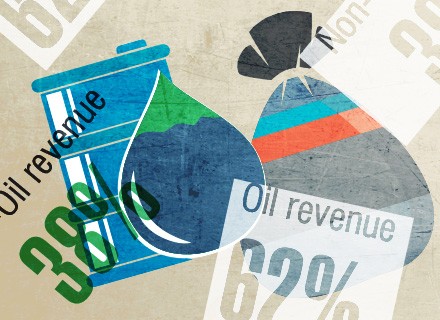 With the central aim of transitioning the economy away from its dependency on the oil sector, the government of Saudi Arabia continues to push ahead with its diversification efforts. In addition, the government focuses on balancing fiscal stability and economic growth amid the oil market volatility that occurred this fiscal year. KPMG expects the government to continue with the same rigour in the forthcoming year.

The Saudi Arabian expenditure budget for fiscal year 2020 is estimated at SAR 1,020 billion, with a continued focus on promoting economic growth and improving spending efficiency. KPMG views the government’s decision to maintain the same level of public expenditure as last year despite the volatility in the oil market as a testament of its commitment towards achieving fiscal, social, and economic targets.

The planned Saudi Arabian budget focuses on maintaining fiscal stability and sustainability, improving the diversification of revenue sources, and taking measures to advance the economic and social development of the country.

Lower GDP estimate due to decline in oil prices

According to the Ministry of Finance (MoF), real GDP growth is expected to reach 2.3 percent in 2020, a downward revision to last year’s estimate of 2.7 percent. The reduction in the GDP growth estimate is due to the decline in oil prices amid the trade war between China and the US, and the decrease in oil production as a result of the OPEC+ agreement.

The focus of spending in 2020 remains on building the non-oil sectors with high economic and social return, and creating more jobs. Additionally, the government will continue to spend on education and healthcare to raise the standard of living, and improve the quality of life for its citizens.

important initiatives such as The Private Sector Stimulus Package (PSSP) and the Privatisation programme.

In line with its aim to attract more foreign direct investment (FDI), the government has made noteworthy progress in 2019. Saudi Arabia received US$2.3 billion in FDI in 1H19, a year-over-year growth of 10.3 percent. The addition of Saudi Stock Exchange (Tadawul) to the MSCI Emerging Markets Index in August 2019 is further expected to enhance the country’s market efficiency.

The government’s efforts and focus towards achieving sustainability and fiscal balance is expected to be beneficial for businesses and public policy planning. With the volatility in oil

Continuing the diversification efforts: For the second time in two years, Saudi Arabia announced budgeted expenditures of more than SAR 1 trillion for 2020. With budgeted expenditures of SAR 1.02 trillion, spending will continue to support the government’s initiatives of diversifying the economy and achieving its fiscal, social, and economic targets.

Achieving fiscal sustainability: The budget focuses on maintaining fiscal stability and sustainability, improving the diversification of revenue sources, and taking measures to advance the economic and social development of the country. Additionally, strengthening the private sector and creating more jobs will remain key focus areas for the government in the next financial year

Aiming for growth amid headwinds: Real GDP growth is expected to reach 2.3 percent in 2020, a downward revision to last year’s estimate of 2.7 percent, due to the decline in oil prices amid global trade turbulence, and the cuts in oil production as part of the OPEC+ agreement.

Managing the debt-to-GDP ratio: The budget deficit in 2020 is expected to be SAR 187 billion (6.4 percent of GDP), compared to SAR 131 billion (4.7 percent of GDP) in 2019. This deficit increase can largely be attributed to the oil price volatility and the turbulence in the global economy that faces risk from trade war. revenue is expected to reach a new high of SAR 320 billion in 2020,mpared to SAR 315 billion expected in 2019, an increase of 1.6 percent.

Strengthening non-oil sectors: Non-oil revenue is expected to reach a new high of SAR 320 billion in 2020, compared to SAR 315 billion expected in 2019, an increase of 1.6 percent.

In the more than three years since Vision 2030 was launched, Saudi Arabia has taken notable measures to diversify its public sector-dominated economy into a private-sector-driven system.

The government is continuing to implement economic and social reforms to realise the Vision 2030 goals with the help of numerous initiatives including the creation of one of the world’s largest sovereign wealth funds and the launch of privatisation programmes to divest state-owned companies. Under the Vision 2030 initiative, several projects and mega projects have already started positively impacting the economy, especially in the non-oil sector that saw revenue increase nearly threefold since 2016. The Saudi Stock Exchange’s (Tadawul) full

However, despite the government’s continued efforts towards improving the domestic economy, the global economy is facing the consequences of a trade dispute between the US and China, which also impacts the country’s economic growth outlook, especially in the oil sector. Saudi Arabia’s oil sector growth in in the first half of 2019 was -1.0 percent due to a decline in the oil prices amid the trade war, which impacted global oil demand, and a production cut which was imposed by the latest OPEC+ agreement.

Due to these external factors, the contribution of real oil GDP to the overall GDP H119was -1.0 percent. In contrast, on the back of the government’s continuous efforts towards realising its Vision 2030 goals, the non-oil GDP growth of 2.5 percent in H119 was the main contributor for the H119 GDP growth of 1.1 percent.

Saudi Arabia’s economy is diversifying away from oil, and going forward, the growth is expected to be supported by the non-oil sectors. In 2019, the execution of mega projects had a positive impact on all the sectors — including the construction sector that outperformed the other sectors and witnessed growth for the first time in three years.

Reforms and improved confidence in the country improved Saudi Arabia’s position in the World Bank’s ease of doing business rankings. The country jumped 30 places to rank 62 with an overall score of 71.6 out of 100. The government’s ongoing efforts indicate that the country is moving forward in the implementation of the VRPs to achieve vision 2030’s main objective of diversifying the economy and decreasing its reliance on oil.

According to the GASTAT, in 1H19, real non-oil GDP grew by 2.5 percent compared to 1H18, primarily due to improved economic activity and the implementation of non-oil revenue development initiatives, such as execution of mega projects. While the non-oil private sector witnessed a growth of 2.9 percent in 1H19, the non-oil government sector grew at an average of 1.8 percent during the same period.

Additionally, the actual real non-oil GDP annual growth for 2Q19 was 2.9 percent, accounting for 58 percent of the total GDP . On the back of the strong performance of both private and government non-oil sectors, which grew 3.4 percent and 1.8 percent, respectively in 2Q19, the growth of non-oil sector in 2Q19 was the highest in the previous 15 quarters.

We, at KPMG, believe that in medium and long term, the economic growth of Saudi Arabia will be driven by the contribution of the non-oil sector, and the progress the government makes in implementing the Vision 2030 objectives.

Public revenue is budgeted to be SAR 833 billion, 62 percent of which is attributed to the oil revenue and 38 percent to the non-oil revenue. The budgeted expenditure for 2020 is SAR 1,020 billion, out of which about 50 percent is allocated to employee compensation. At 19 percent, education has the largest allocation in terms of sectors, followed by military, with an allocation of 18 percent.

Abdullah Al Fozan is chairman and senior partner and Ismail Daham Alani is head of public sector at KPMG in Saudi Arabia. 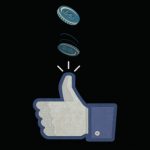 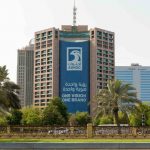