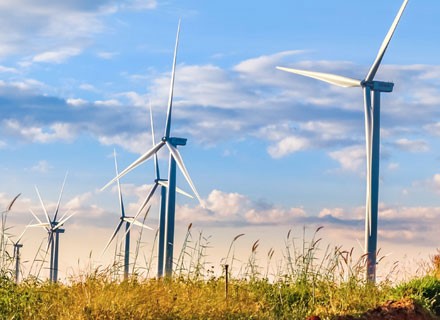 A report published by the International Renewable Energy Agency (IRENA) projected that Thailand has the potential to increase the share of renewable energy from its original target of 30 percent to 37 percent by the end of 2036. However, the country will need to vastly explore and discover new ways to build a sustainable clean energy system. In fact, the report estimated that the energy demand in Thailand will increase by 78 percent by 2036 and GDP by 126 percent. In a close sync with the report’s view, the ASEAN Centre for Energy, an intergovernmental organisation representing ASEAN 10 member states, forecasted the country’s energy demand to increase by nearly 80 percent over the next two decades.

Renewable energy is anticipated to meet Thailand’s rising demand in the coming years. Daine Loh, an analyst for power & renewables at Fitch Solutions, explained that Thailand’s Power Development Plan (PDP) 2018-2037 seeks to source 35 percent of the energy-mix from renewable energy by 2037. “The country’s non-hydropower renewable energy has grown rapidly over the last five years, driven by the government’s implementation of a supportive regulatory environment which includes attractive FiTs, bidding programmes for renewables capacity and tax incentives,” he told International Finance.

Approved by the National Energy Policy Council, the PDP said the power production capacity will rise 67 percent from 46,090MW in 2017 to 77,211MW in 2037—a year which will see 53 percent of energy consumption from natural gas, 35 percent from renewable energy and 12 percent from coal. The IRENA report is convinced that developing a portfolio with a variety of renewable energy sources can help to achieve a higher capacity. “As of 2019, we estimated Thailand to have approximately 8.3GW of non-hydro renewables capacity which generated about 12.5 percent of total power mix,” Loh said.

The numbers show that Thailand is on the right track to realise its renewable energy ambitions. But what is more interesting is the fact that it has developed a dynamic model—Energy 4.0—which is pivotal “to support the country’s growth toward a low carbon economy using technology and innovation,” Loh defined.

Transformative potential of Energy 4.0
The Ministry of Energy developed Energy 4.0 to enhance energy supply, grid resilience and subsequently reduce carbon emissions. “Broadly, it will encompass the use of more renewable energy and boost energy efficiency through smart energy management, decentralisation and energy storage capabilities,” Loh added. In theory, “the model has the ability to iron out short-term output fluctuations and allow additional wind and solar capacity jeopardising grid stability on a grid level. That said, it will also enable households and businesses to optimise their grid feed-in by extension of balancing power supply or demand dynamics at a distributional level.”

Energy 4.0 comprises three specific sector policies such as Electricity 4.0, Fuel for Transportation 4.0 and Heat 4.0—with each specific sector policy aimed to “help Thailand to transition to a more sustainable, low-cost renewable energy for the future,” Pasamon Pechrasuwan, a senior consultant for Industrial, Asia Pacific at Frost & Sullivan, told International Finance.

Pechrasuwan comprehensively explained the targets of the three policies set to be achieved by 2036. The first policy Energy 4.0 is focused on energy efficiency in power generation to reduce construction of 10 new power plans, reduce natural gas dependency in electricity generation to below 50 percent and double the use of renewable energy.

The second policy Fuel for Transportation 4.0 is formulated to achieve lower energy consumption in the transportation sector for 45 percent from Business as Usual, increase the use of public transportation and have 1.2 million electric vehicles. “We believe that electric vehicles and vehicle-to-grid technologies will play an increasingly important role in power supply management, as it represents the largest addition of electricity storage capacity in a large number of countries over the coming decade,” Loh added. “It could be used as a demand response resource as EV owners charge during low electricity prices and feed some of this power back to the grid during peak demand.”

The third policy Heat 4.0 is directly related to increase in energy efficiency during heat generation, lower energy consumption in the industrial sector by 22 percent and overall boost heat production in renewables by 37 percent.

Again, Loh delved into the model’s core stating that it can support the “integration of intermittent wind and solar generation and adoption of distributed energy solutions due to better power demand or supply management.” That explains the transformative potential of Energy 4.0 which is imperative to Thailand’s efforts in becoming a low carbon economy and ensuring high yields from renewable energy as an alternative to fossil fuels.

Thailand’s active green bond market
Indeed, Thailand is setting an example for the rest of Southeast Asia with its powerful strategies that may well prove to be a driving force in its renewable energy transition.

The strength of its green bond market is pronounced with the issuance of certified climate bonds designed to finance and refinance green projects. An example of that is the country’s leading private power producer B.Grimm Power’s landmark issuance which seeks to increase the share of renewable energy generation in the company’s overall portfolio from 10 percent to 30 percent by 2021. The real promise of B Grimm Power’s green bond is that it will help Thailand to reduce carbon emissions by 20 percent by 2030.

B.Grimm Power’s bonds comply with the International Capital Markets Association’s Green Bond Principles and Climate Bond Initiative standards. These bonds are issued in tranches with 5 year and 7 year tenors as part of the overall corporate bond issuance worth 15 billion baht.

Loh observed that the bank has invested more than $2 billion over the past decade to encourage innovations in the power sector, including the first few renewable plants and climate bonds. Asian Development Bank’s investments are in line with its new strategy 2030 which mandates that at least 75 percent of its committed operations must support renewable energy projects.

Further analysing Thailand’s efforts in renewable energy transition, Pechrasuwan is positive that the country is even harnessing blockchain technology in numerous ways although it is “too early to assess the blockchain potential of the whole country.”

Blockchain is well suited for use in renewable energy
Blockchain is backing the country’s progress in renewable energy as it “supports peer-to-peer electricity trading using distributed renewable sources such as rooftop solar and aggregates power demand or supply in the mini grid system,” Loh emphasised, pointing to its “ability to better manage these decentralised sources of power that will facilitate greater deployment and in turn encourage more renewable consumption typically used in DES which will boost the overall share of renewables generation.”

For example, Thailand’s multinational energy conglomerate PPT and Energy Web Foundation, a global non-profit organisation focused on accelerating blockchain in the energy sector, announced the development of a new renewable energy trading platform last September. The platform based on blockchain distributed ledger technology will simplify the purchasing process in the energy sector between buyers and sellers. In light of Thailand’s rising energy demand, the platform will match demand with supply, generate supplemental revenue for operational renewable energy assets and promote new investments in the sector.

In another example, a joint development by Sansiri and BCPG two years ago saw the world’s largest real-time blockchain-based, peer-to-peer electricity trading pilot project implemented on T77. The essence of this platform is its ability to establish a cross-industry collaboration on a deep level between the country’s real estate and renewable energy sectors.

It is worth noting that Power Ledger, the digital energy partner of BCPG, implemented both projects with its own developed blockchain of POWR tokens and Sparkz tokens. “As Power Ledger is using dual-token economics where POWR tokens are limited, publicly tradable, and required to access and use Power Ledger’s platform, while Sparkz tokens are unlimited, pegged to local fiat currency and only used within Power Ledger’s platform as tokens for energy trading,” Pechrasuwan said. “It is very interesting to see whether this approach could further enable renewable energy trading not just within projects of single market operators but also between projects of different market operators in the future.”

Thai government steps up efforts in renewable energy
In the big picture, the Thai government has established supportive regulatory frameworks for distributed renewables generation and has launched various initiatives to encourage its uptake. Pechrasuwan cited an example of how the rooftop solar PV industry is currently being driven using the private Power Purchase Agreement (PPA) scheme.

Thailand has progressed much in terms of its renewable energy generation capacity through PPA programmes and the private sector participation. These programmes were “incentivised by projects using per-kWh subsidies for electricity generated by renewable energy to be sold to the national grid under Enhanced Single Buyer framework,” Pechrasuwan said. The smart grid master plan which was reaffirmed in the PDP 2018-2037 had set out a list of research studies and strategies that will operate along three core pillars: power load response and management, electricity forecasting and microgrid systems and energy storage systems.

Interestingly, the government is driving renewable energy developments, especially in bio-waste under Energy for All policy. The Community Power Plants for Local Economy programme is the main focus to stimulate the local economy using distributed renewable energy generation, mainly from agricultural wastes.x

These developments are certainly appealing. And it is safe to say that the progress might be the pathway to realise Thailand 4.0, a sophisticated model to “transform the economy into a value-based economy,” Pechrasuwan concluded. 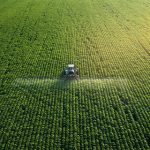 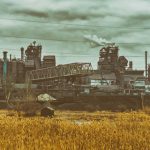 Is recession 2020 pointing to another Great Depression?