Starlink offers internet services and is intended for residents of distant locations without access to high-speed internet.

Numerous satellites have been placed in orbit by Elon Musk’s company, SpaceX. Many seem to claim that they saw them in the sky.

They are a component of the Starlink project, which promises to deliver high-speed internet to rural areas of Earth from orbit.

What is Starlink and how does it work?
Through a vast satellite network, Starlink offers internet services.

It is intended for residents of distant locations without access to high-speed internet.

In order to achieve the fastest connection speeds between the satellites and the ground, Starlink’s satellites have been placed in low-earth orbit.

In order to achieve the fastest connection speeds between the satellites and the ground, Starlink’s satellites have been placed in low-earth orbit.

Starlink in the orbit
To cover the entire planet, however, a large number of low-level satellites are required.

“Getting internet connectivity to remote regions in deserts and mountains is a challenge that can be solved via satellites,” he claims.

It avoids the need to construct significant infrastructures, such as cables and masts, in order to reach those locations.

Cost of the Starlink and who exactly will use them?
As compared to other satellites, Starlink is not a cheap internet service provider.

Customers must pay USD 99 per month for it. The USD 549 dish and router required to connect to the satellites are expensive.

According to Professor Sa’id Mosteshar of the Institute of Space Policy and Law at London University, “the majority of the industrialized world is already well connected.” They depend on a little portion of the market for their income.

In the 36 countries it now serves, the company claims to have 400,000 members, the majority of whom are located in North America, Europe, and Australasia. There are both homes and businesses in this.

Africa, South America, and Asia—regions of the world with patchier internet coverage—will all be added to Starlink’s coverage next year.

According to Chris Hall, “Starlink’s costs may be too exorbitant for many households in Africa. But it might play a crucial role in connecting schools and hospitals in rural places there.”

Are Starlink satellites creating space clutter?
Thousands of satellites are being launched into low-Earth orbit by competitors of Starlink, like OneWeb and Viasat, who also provide satellite internet services.

Sa’id Mosteshar predicts issues as a result of that.

In terms of collisions, he claims that it makes space less and less safe.

“Satellites might collide with other ships and produce wreckage fragments, which, when traveling at high speeds, could inflict a great deal of harm.”

Starlink satellites have recently had a number of close calls, including ones with China’s space station.

There are hospitals and schools in the outlying districts.

Astronomers are also having issues because of Starlink’s satellites. 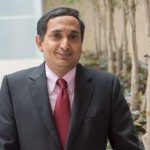 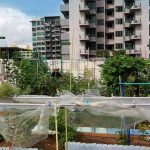