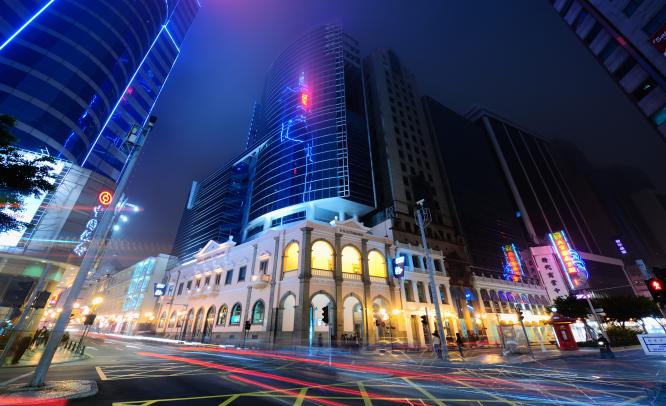 Interview with Pedro Cardoso, Chief Executive Officer of BNU, which has been a century-old pillar of Macau’s economy March 14, 2016: Banco Nacional Ultramarino, S.A. (BNU) was awarded the ‘Best Socially Responsible Bank Macau 2015’ and ‘Best Retail Bank Macau 2015’ by International Finance Magazine Awards 2015 on its long-standing and unwavering commitment to its customers, stakeholders and the community.  During a conversation with the...

Interview with Pedro Cardoso, Chief Executive Officer of BNU, which has been a century-old pillar of Macau’s economy

March 14, 2016: Banco Nacional Ultramarino, S.A. (BNU) was awarded the ‘Best Socially Responsible Bank Macau 2015’ and ‘Best Retail Bank Macau 2015’ by International Finance Magazine Awards 2015 on its long-standing and unwavering commitment to its customers, stakeholders and the community.  During a conversation with the Chief Executive Officer of BNU, Pedro Cardoso, IFM takes a closer look at the contribution of BNU to the economy and society of Macau over the years.

BNU was the first commercial bank in Macau. How has the bank evolved over the years?

BNU is the first note-issuing bank in Macau, with a 114-year history on supporting and serving the local community. For over a century, it has been part of the financial life of Macau while maintaining an active role in the social and economic development of the territory, supporting local business activities. The knowledge and experiences acquired have been essential to bring success to its customers’ businesses and projects in sectors such as retail, real estate, manufacturing, transportation, construction, public utilities and international trade.

Throughout the years, BNU has focused on various areas to grow side by side with Macau.  It took a pioneering role in supporting the new leisure and tourism developments established in Macau after the liberalisation of the gaming sector in 2002. Prior to this, it was one of the main references on the development of the manufacturing industry in the ’70s and ’80s, and also funded some of the main public infrastructure projects in Macau. Currently, our main priority is to support small and medium companies in Macau.

What were the highlights in terms of new products and services in 2015 for BNU?

2015 was a year of innovation and progress since BNU introduced an array of unique and exclusive products and services in the market. BNU has been always at the forefront of offering cutting edge services to its customers. The bank launched the BNU Asia Miles VISA Card, the first and only co-branded credit card in Macau allowing its cardholders to earn Asia Miles directly through spending. BNU also launched BNU UnionPay Triple Currency Credit Card. The only credit card, at the time, to allow cardholders to settle in MOP, HKD and RMB for purchases made in Macau, Hong Kong and Mainland China, respectively. In addition, foreign transaction fees were waived for spending in other overseas countries and regions, bringing cardholder’s convenience and money-saving benefit all in one card.

BNU strived to provide the most comprehensive services in order to address various needs of its customers. Online banking experience had been extended to mobile. Services such as transfers, bill payment, time deposit and insurance subscriptions are now available through both online and mobile banking. Online Foreign Banknotes Purchase Service was also introduced. The first of its kind in the Macau market, the service provided convenience to customers by allowing them to request foreign banknotes currency through online banking and collect them at the branch designated by the customer.  Apart from online service experience, in-person service experience was another key service improvement in 2015. The Priority Counter System was introduced in selected branches to shorten the queuing time of our most prestigious customers.

What are the contributions to society and community got BNU the ‘Best Socially Responsible Bank Macau 2015’ award?

BNU attended closely to the welfare and the needs of the local society and had been actively participating and contributing for the harmonious development of the Macau society, in particular,

In 2015, BNU made various contributions, for example, the donation of MOP 10,650,000 in support of the teaching and academic research at the University of Macau via the University of Macau Development Foundation; the annual donation to Tung Sin Tong, a contribution of a percentage of the retail spending on the BNU Tung Sin Tong affinity credit card; support for the construction of a staircase at the entrance of the consulate of Portugal; and more than 50 other sponsorships to assist the development of local charities, schools and associations.

What are the international strengths of BNU?

What are the main priorities and challenges of BNU in the future?

The strategy followed by BNU has always been to structure itself to growth — acquire the necessary conditions to create value in an increasingly competitive environment; create the structure to better meet market demands; and, of course, be very observant in order to anticipate our clients’ needs.

In recent years, the business volume of the Macau banking market has been growing at a very fast pace. However, it is a very competitive market. Macau has over 600,000 residents who are being serviced by 29 banks.

BNU aims to provide the highest levels of customer satisfaction and service quality in an exceptionally competitive environment, together with strong cost control. Over the past year, in addition to continuing with the internal restructuring process, we had enhanced training opportunities for our staff, which is a critical move to optimise the quality of our services.

The results have been encouraging. We have increased significantly the number of customers and also the average number of products per customer. As a result, the total business volume has increased by more than 20%. The bank’s cost-to-income ratio is already around 30%, a level in line with the best international practices.

With this attitude, and together with a strong balance sheet, BNU has maintained a policy of sustainable growth, reflecting our ability to create value for our customers and shareholders in the years to come. 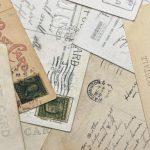 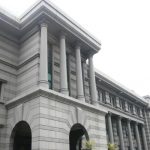