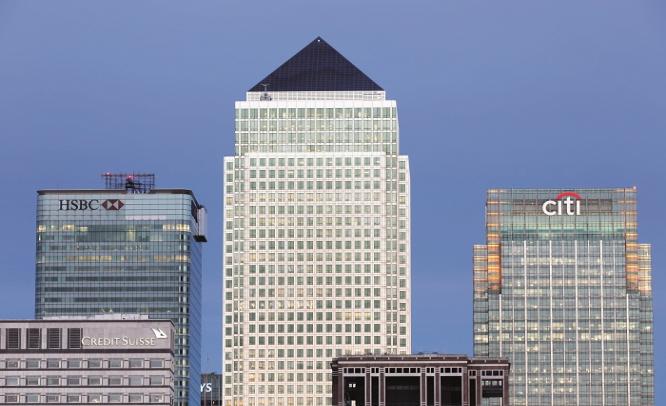 US banks are about to surpass their European counterparts in the European investment bank market, which could, in the future, be dominated by the big five American banks

Europe’s banks are in retreat from playing a global investment banking role. It is a consequence of the regulatory impositions of recent years, notably of the ring-fencing requirements of the Vickers Report (2011) and the ban on proprietary trading by Liikanen (2012). The main concern has been that a medium-sized European country, such as the United Kingdom or Switzerland, or even a larger country like Germany, would find a global investment bank to be too large and too dangerous to support, should it get into trouble. So, one of the intentions of the new set of regulations was to rein back the scale of European investment banking to a more supportable level.

The European Union, of course, has a much larger scale than its individual member countries. If the key issue is the relative scale of the global (investment) bank and state that might have to support it, could a Europe-based global investment bank be possible? We doubt it, primarily because the EU is not a state. It does not have sufficient fiscal competence. Even with the European banking union and European Stability Mechanism, the limits to the mutualisation of losses mean that the bulk of the losses would still fall on the home country. Moreover, there would be intense rivalry over which country should be its home country, and concerns about state aid and the establishment of a monopolistic institution. While the further unification of the euro area might, in due course, allow a Europe-based global investment bank to emerge endogenously, we do not expect it over the next half-decade or so.

So the withdrawal of European banks from a global investment banking role is likely to continue. That will leave the five US ‘bulge-bracket’ banks, (Goldman Sachs, Morgan Stanley, JP Morgan, Citigroup and Bank of America Merrill Lynch) as the sole global investment banks left standing. That leaves the European and Asian banks in the second tier, as strong regional players. Examples are Deutsche Bank, Barclays and Rothschild in Europe and CITIC in the Asia-Pacific region. HSBC is in between, with both European and Asia-Pacific roots.

2.       The rise of US and decline of European investment banks

Why should it matter if in all the European countries, the local banks’ investment banking roles retrench to a more limited local role? There are three arguments why leaving global investment banking to the big five American banks might be problematic. The first is that this could leave Europe at greater risk from possibly ill-advised American political or regulatory intervention. A case in point is in the last crisis, when US banks came under pressure to reduce their foreign (including European) assets. While this danger exists, it was already present before the withdrawal of European banks from global investment banking. Since the US dollar and US financial markets play the central role in the financial system, the US is in a position to enforce its demands on acceptable counterparty transactions and to dominate, for good or ill, the international monetary policy scene.

The second argument is that this will leave global investment banking much more concentrated. Is this not potentially dangerous? Perhaps, but the five American investment banks still compete quite ferociously, so margins are not rising all that much.

Finally, the third argument is that current developments are inducing European banks more and more to concentrate on their national roles and clients in their investment banking operations, rather than taking a wider European stance. Deutsche Bank and Barclays are the only Europeans left in the top seven for the European market. But they are likely to lose their positions, because Deutsche Bank is currently undergoing a major reorganisation and Barclays is in the process of executing the Vickers split. In the investment banking field, the only pan-European banks will all soon be American.

What should be the policy response? First, we look at the political side. With the decline of European banking (both in general and specifically investment banking), Europe’s hand in the EU-US Regulatory Dialogue is diminishing. Nevertheless, the European Commission is advised to strengthen its position in the EU-US bilateral negotiations and keep on viewing its banking industry as a strategic sector. The emerging role of the European Central Bank (ECB), on both the monetary and supervisory sides, can be used in these negotiations. The European Commission and the ECB should therefore jointly develop a strategic agenda with European priorities for their dealings with the US authorities. As in the US, this strategic agenda should be discussed with, and supported by, the industry.

Second, we turn to the supervisory side. While Europe may lose some political clout, the supervisory implications are not a problem for Europe. With the move to capital markets union, the European supervisory architecture can handle the gatekeepers, which are becoming more US-dominated. The European Securities and Markets Authority (ESMA) has powers under the Regulation on Credit Rating Agencies to licence and supervise the European operations of the primarily US-based credit rating agencies. Similarly, the relevant directives (Capital Requirements Directive and Markets in Financial Instruments Directive) give the relevant supervisors in Europe (in this case the Prudential Regulatory Authority and the Financial Conduct Authority in the UK) powers over the London-based European operations of the US investment banks. After Brexit, the US investment banks might move (part of) their business to Frankfurt and Paris. In that case, the ECB – the new supervisor in the banking union – would become the supervisor of these continental European operations.

Third, the large corporates could themselves take precautions. For the bigger financing operations, a corporate typically hires a banking syndicate, which is a group of investment banks that jointly underwrite and distribute a new security offering, or jointly lend money to the corporate. European corporates would be well advised to include at least one (large) European investment bank in this syndicate, also in good times when they do not need them. That could help them in bad times, when US banks might be reluctant for whatever reason (including more detached decision-making). The involvement of a (local) European investment bank in the syndicate is not only useful for loyalty but also information reasons. Because of their local roots, the European banks have an information advantage over their US peers, which keep offices in New York and London (and after Brexit, Frankfurt or Paris). The practice of giving a European investment bank at least one place in further US-dominated banking syndicates could help to avoid complete dependence on the whims of the big US investment banks. 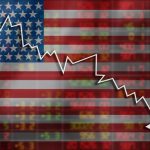 Next US president may have to deal with recession 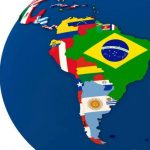 Tapping the opportunities in Latam