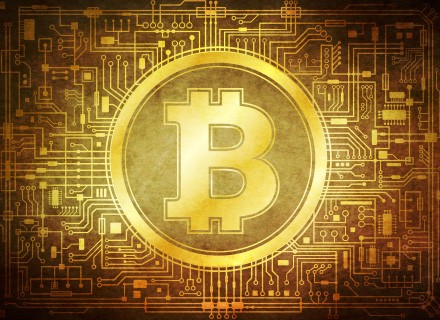 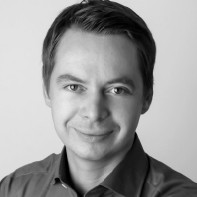 Despite the rapid proliferation of technology and connectivity during the last half-century, the transition from commodity-backed currency to fiat has represented the most significant and enduring change in the international monetary order in recent memory. In 2008, it was the enigmatic Satoshi Nakamoto who released the bitcoin whitepaper, popularising the idea of cryptographically-verified, decentralised digital currencies as an alternative to government-backed fiat money and ushering in the start of the token era.

A brave new world?
Blockchain-powered cryptocurrencies represent an alternative to traditional systems of money like fiat. By removing the influence of governments and central banks, digital currency can, in theory, take control of money away from institutions and hand it back to the people. Unfortunately it has taken the world a while to come round to this idea.

Despite its inherent potential, cryptocurrency has suffered something of a reputational nightmare during its first decade. Enterprising criminals, insalubrious investors and institutional reticence have altered the public perception of the nascent asset class. The crypto bubble of 2017 certainly did not help, as speculators and initial coin offerings (ICOs) capitalised on the opportunity to make a quick buck—often at the expense of naive investors.

Fortunately, the focus has since switched firmly from cryptocurrencies as a speculative asset to attempting to solve many of the issues faced by consumers and businesses globally, from faster and cheaper cross-border remittance to banking the unbanked. However, most ordinary people still face significant hurdles when it comes to using cryptocurrencies in their everyday lives—and that needs to be addressed if digital currency is to achieve mainstream adoption and ultimately replace fiat as the dominant monetary system.

Offboarding and regulation are highly complex
For many, cryptocurrency exchanges remain the sole means of buying, trading and storing digital tokens. Although a series of high-profile incidents received a great deal of coverage in the press, major exchanges such as Kraken, Coinbase and Bitfinex are relatively safe to use and any funds stored online are subject to a degree of risk from unscrupulous hackers.

However, it’s not security that represents the biggest challenge for consumers—it is the difficulty of withdrawing funds or offboarding from conventional cryptocurrency exchanges.

Offboarding, whether to another exchange, wallet or account, usually requires users to convert their cryptocurrency into bitcoin. To physically withdraw funds, further exchange from bitcoin to fiat currency is necessary. Thanks to the inherent volatility of most conventional cryptocurrencies, the value of funds withdrawn or transferred is likely to be different from the original amount.

In addition, there is the thorny issue of regulations. As financial regulators globally struggle to match the pace of developing the cryptocurrency market, some exchanges continue to operate in regulatory grey areas. This implies that customers’ funds do not enjoy the same degree of protection as they would in a regular bank account.

The solution: crypto-enabled debit cards
Several innovative fintech companies that aim to provide alternatives to cryptocurrency exchanges have flourished in recent years. These include solutions that enable consumers to easily buy and exchange a range of digital and fiat currencies using their mobile devices. Wirex cards, for example, can seamlessly convert any fund into fiat allowing customers to spend it like traditional money in stores and online.

Exchanges are still a necessary part of cryptocurrency infrastructure, but they do not provide the practicality and convenience to support everyday spending. For that reason, crypt-enabled debit cards provide a solution by bridging the gap between traditional money and cryptocurrency.

The likes of Wirex are prioritising the acquisition of local financial licences to offer protection for customers’ assets. In fact, the company is authorised by the UK Financial Conduct Authority under the Electronic Money Regulations 2017 for issuing electronic fiat money and payment instruments, with similar licences in Japan and the US expected soon.
High degree of market volatility is seen Unlike conventional fiat currency, cryptocurrencies are subject to a high degree of market volatility. This means the value of tokens like bitcoin, XRP and ethereum can rise and fall rapidly over the course of a single day. Case in point was at the end of 2017 when the value of a single bitcoin rose from $5,940 to more than $19,190 before plummeting in January 2018.

Volatility can be the result of skewed wealth distribution, with a few high-net-worth individuals or institutions wielding a disproportionate influence over pricing. But the digital currency market is also extremely sensitive to macroeconomic factors and public perception.

Cryptocurrency’s inherent volatility makes it an unsuitable medium of exchange, despite the fact that its underlying blockchain technology allows for secure low-cost payments and remittance outside conventional banking rails.

Cross-border remittance is one example of an industry where stablecoins are poised to revolutionise. Traditional overseas transfers carried out through methods like Swift or SEPA can take several days to complete and require the participation of various middlemen to facilitate transactions. This is both costly and time consuming. By circumventing standard payment rails, stablecoin-powered remittance is fast, scalable and low-cost allowing people to seamlessly transfer funds around the world. Fiat-backed stablecoins do not even require recipients to convert them for offboarding because they are pegged one-for-one to a particular currency such as US dollars or euros.

Notable stablecoins include MakerDAO’s Dai, which relies on community governance and a series of smart contracts known as the Maker Protocol to maintain a stable value.

Mainstream adoption of digital currency will take time
Cryptocurrency enthusiasts are an idealistic bunch. Decentralised digital currency is supposed to represent an alternative to conventional fiat money that takes control away from the agendas of central banks and government institutions and puts it back into the hands of ordinary people. The irony is that widespread adoption of digital currency is unlikely to occur without the collaboration of such organisations. After all, replacing a system of money that has dominated for nearly 50 years is no mean feat and requires a profound overhaul of the world’s financial infrastructure.

The financial establishment has often been dismissive about the potential of cryptocurrencies to become a mainstream monetary system, citing historical cases of fraud, criminality and a lack of regulatory oversight. As Fran Boait, executive director of advocacy group Positive Money explains, central banks “have been asleep at the wheel over the future of our money system being determined by a small number of banks, payment companies and now tech giants.”
However, government-backed and private organisations around the world are now beginning to recognise the benefits of a tokenised economy over the current system of fractional reserve banking. The Bank of England, Sveriges Riksbank, Bank of Japan and European Central Bank are among those investigating the potential of Central Bank Digital Currencies (CBDCs).

In a financial stability report in December 2019, the Bank of England went as far as stating that “stablecoins could partially replace or substitute the existing payment arrangements.”
Private companies are also coming to terms with this idea. At the end of 2019, Wirex partnered with IBM to become the primary issuer of regulated stablecoins on the IBM World Wire Network—a closed global network of financial institutions that work to facilitate settlement among its participants.

The mainstream adoption of cryptocurrency is inevitable, but whether it will replace or simply support the current system of fiat money remains to be seen. Until then, fintech companies will continue to find ways to help businesses and consumers spend digital currency in everyday life.

Pavel Matveev is the CEO and co-founder of Wirex,. an industry-leading blockchain payments platform that integrates both traditional and digital currencies. With 15 years of experience in software development and IT management, he has worked with Barclays Capital, Morgan Stanley, BNP Paribas and Credit Suisse. 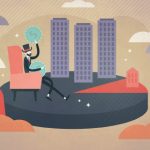 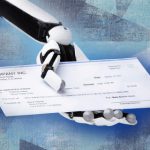