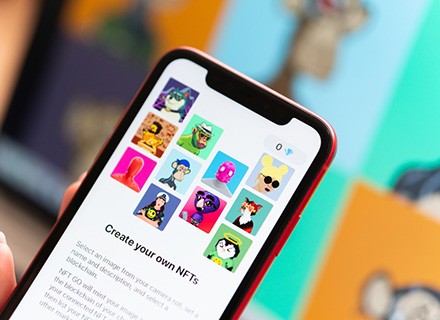 Just like every other economic bubble, NFTs too depreciated

The creator of the non-fungible token claims that since 2020, he has alternated between “excitement and dread.” Kevin McCoy, an artist, claims to be horrified by the gold rush NFTs sparked despite being “gratified” to watch people interact with what began as his “own private thought experiment.”

A single token associated with an artwork by digital artist Beeple titled “Every Day: The First 5000 Days” sold for about USD 70 million in March 2021, as the NFT craze picked back then.

Kevin McCoy and his colleague Anil Dash, in 2014, presented the concept of a particular crypto-like currency that would serve as ownership proof for digital products, as the duo felt the idea to be an ‘important’ one. The goal was to give emerging artists new support means and develop a system for tracking the provenance of digital works. However, Kevin McCoy claims he never thought NFTs would be used as a platform for financial speculation.

In 2021, a buying and selling frenzy sent the NFT price through the roof, starting in earnest with the historic Beeple transaction. Despite a flood of new tokens diluting the market by the year end, the average price of an NFT had increased above USD 3,000, and the least expensive tokens from the most coveted collections were fetching prices of up to USD 200,000 each.

But eventually, just like every other economic bubble, NFTs too depreciated. They were traded for USD 17 billion in January 2022, but by November, that amount had dropped to USD 400 million, thereby registering a 97% decline. Uncertainty surrounds the exact cause of the crash. Still, the demand decline, sparked by a dip in the cryptocurrency market, has eliminated about $USD 9 billion from the NFT market values.

Members of the NFT sector approach the collapse as a purifying event. Shiva Rajaraman, vice president of products at OpenSea, the largest NFT marketplace in the world, declares, “I’m a strong believer that you don’t need the hype.”

Even though the exposure helped the industry, according to him, it attracted individuals to NFTs for the wrong reasons, to make a quick buck, and diverted attention from the technology’s usefulness.

The NFT is at a turning point, with regulators now hovering and skeptics enjoying the schadenfreude (pleasure derived from someone’s misfortune). Industry insiders agree that technology needs to be reframed differently for the tokens to be widely used and keep their cultural importance.

Legendary American stock broker Peter Schiff argues that NFTs will only keep their value because of supply and demand. For him, the “code of honor” keeps NFT issuers from eroding token value by flooding the market with new products; therefore, scarcity cannot be depended on as a value anchor. “Everyone can have beachfront property in the metaverse,” he says.

Peter Schiff agrees that NFTs could be useful for memberships that can be given to other people, but he doesn’t see them as “game-changers.”

He says most NFT users are mainly interested in speculation-free use cases for financial gain. This theory is well-supported. High-profile firms flood the market with NFTs to cash in on brand equity. For example, Binance launched NFTs in partnership with Cristiano Ronaldo (USD 445,000), and Warner Bros. Discovery made an NFT version of “The Lord of the Rings: The Fellowship of the Ring”.

Peter Schiff added, “The average NFT buyer will lose money. If you bought an NFT thinking it would appreciate, you’re wrong. It’s worthless.”

Kevin McCoy, the creator, is philosophical about his creation’s destiny. He expects the new focus on usefulness will provide price stability, freeing NFTs from the grueling boom-and-bust cycle that has typified the crypto market and resulted in massive cash losses.

Kevin McCoy said that unique digital property is too vital to perish, but its final shape and use are unknown. 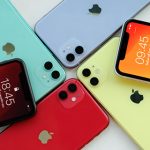 Having less budget, here are iPhones you can still buy 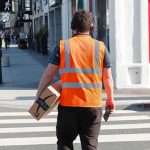