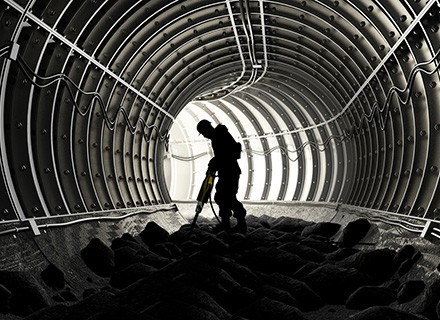 Inflation is skyrocketing, but not all households and businesses in the UK are experiencing difficulties as a result of rising prices. People now often need to spend £110 to obtain what £100 purchased the previous year due to the rapid increase in the cost of living in the past 40 years.

However, certain industries are reaping the rewards of inflation and reporting record earnings. If you’re in the oil drilling business, wheat trading business, toy shipping firm, or fine wine selling business, there are enormous profits to be made.

Here are the top five industries that have benefitted from inflation.

Energy Industry
Due to their outstanding earnings, companies that extract and process fossil fuels have recently hit the headlines. Due to rising demand and supply concerns following Russia’s invasion of Ukraine, wholesale gas prices have skyrocketed on global markets and oil prices have been hovering at about $100 per barrel.

Between April and June, Saudi Arabia’s Aramco reported record earnings, while BP made £6.9 billion and Shell surpassed that with £9 billion in global profits.

Due to its oil, gas, and nuclear assets, Centrica, the parent company of British Gas, has seen its profits increase fivefold.

However, many firms in the United Kingdom operate with little attention. Harbour Energy is regarded as one of the largest North Sea producers. By acquiring oil and gas operations, Harbour Energy expanded and generated a profit this year.

Mining industry
Coal is unpredictably giving a huge comeback as countries search for alternatives to Russian gas. For mining companies that have specialized in the dirtiest fossil fuels, it is paying off time for them. Record pricing helped Glencore’s thermal coal unit treble profits to nearly £15 billion in the first half of 2022.

Many of its competitors have abandoned coal, but Glencore insists that it will play a crucial role in the transition of some countries to the generation of greener energy and that it will work to reduce production over the next few decades.

The government has requested energy companies to postpone the closure of UK coal-fired power stations due to concerns that there may be a disruption in the flow of gas from Russia to Europe this winter. Due to Russia’s suspension of pipeline flows, German utility Uniper announced that it will initiate producing electricity for the market at its reserve coal-fired power station Heyden 4.

Food industry
Although Bunge, Cargill, Louis Dreyfus, and Archer Daniels Midland (ADM) are not household names, their products are often found on dinner plates around the world. The “ABCDs” are the most important traders of food products, particularly grain.

These supply chain middlemen can be key players in ensuring that food supplies reach where they are required during times of global disruption. For instance, they can assist countries in finding alternate sources of wheat when shipments from Ukraine and Russia are disrupted.

But as a result of the disruption, wheat prices are currently 25% higher than they were last year. Numerous other essential commodities also witnessed an increase in price.

ADM revealed that its most recent quarterly profits increased by 60%. Bunge did less well, but the company is upbeat about the remainder of the year. In the most recent fiscal year, privately held Cargill’s revenues increased by 23% to a record $165 billion (£140 billion). It claims to have donated $163 million, or 0.1% of sales, to charities and other good causes.

Shipping industry
Despite the fact that COVID pandemic shutdowns hampered economies and supply chains, they enhanced the performance of shipping firms.

As consumer demand soared during COVID lockdowns, freight charges have risen and remained high. Due to restrictions, ports became crowded and new shipbuilding projects were put on hold.

By the end of 2022, the container shipping sector will have earned half a trillion dollars in profits over the previous two years, predicts consultancy Drewry.

Due to the continued disruption at ports, AP Moller-Maersk, the second-largest container shipping company in the world, increased its annual profit prediction for the third time this year. It added that “normalization” of prices may now not occur until the end of the year.

Luxury watches & fine wine industry
A combination of rising inflation, historically low-interest rates, and sluggish economic development make it challenging for investors with a ton of money to burn to find acceptable returns on traditional investments.

They are moving on to other things. The value of investments in fine wines and designer watches increased by 16% the previous year while art and whiskey and coins witnessed an increase of 13% and 19% respectively.

Investors were betting that the value of collectibles would rise faster than inflation, and that trend has persisted into this year. Bordeaux Index, the biggest fine wine trader in the world, recorded a 37% rise in sales over June of last year. 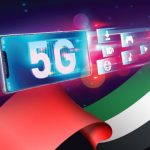 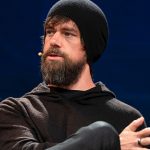